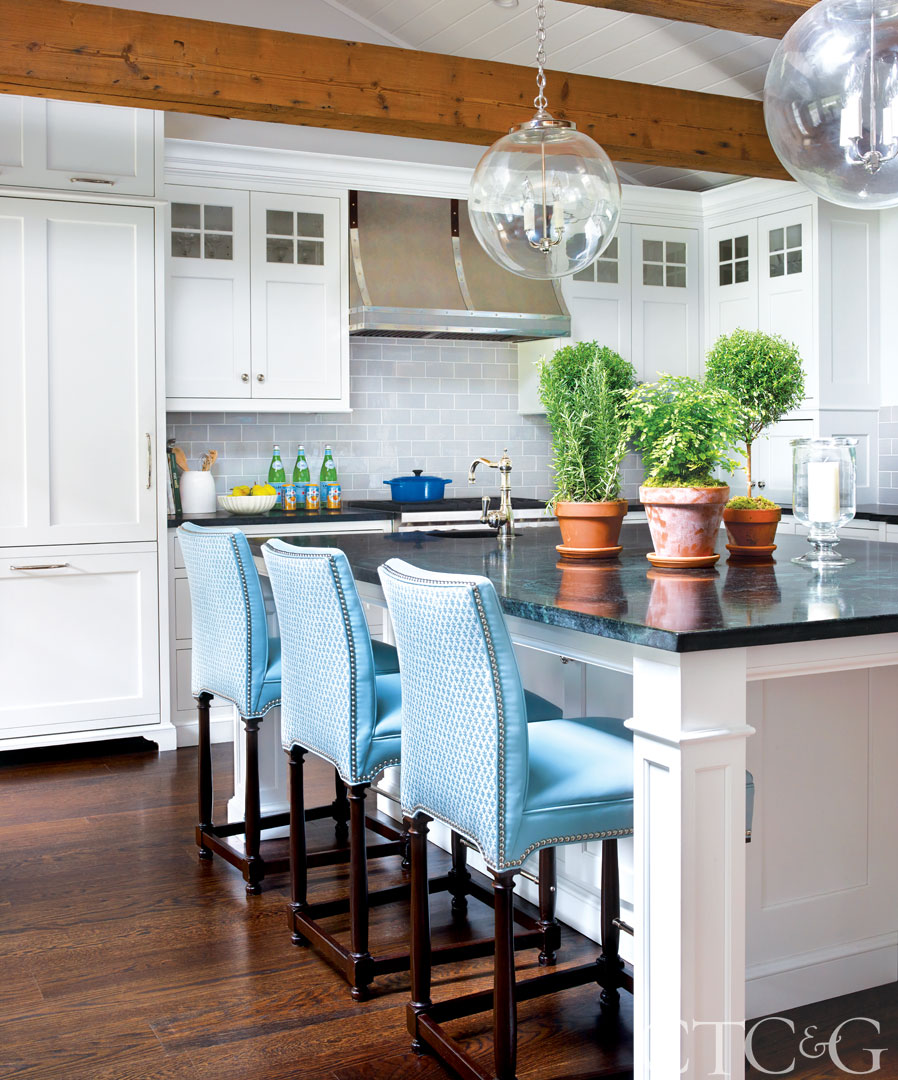 When a young family decamped from Tribeca to Connecticut, they found a house in Darien with loads of traditional charm and equal parts potential. The 1964 Colonial was renovated—badly—in the late ’80s, and the homeowners brought designers Stephanie Woodmansee and Elle Clymer of New York–based Henry & Co. on board to restore its historical charm and fill the space with appropriately scaled furniture, antiques and a family- and entertaining-friendly vibe. “The previous reno of the kitchen and family room area was scary—pink tile floors!” says Woodmansee. “The layout was choppy and kooky with skylights and weird angles. We wanted it to feel more cohesive and tie in the older characteristics of the house.”

After revamping the layout and restoring some charm in the kitchen and family room, the designers were challenged with turning the living spaces into rooms that suited both small children and a crowd when entertaining. Taking a cue from the house’s bones and the client’s classic taste, Woodmansee and Clymer set out to marry the traditional with upbeat colors and a liveable lifestyle. “The client loves blue, but we wanted to incorporate other colors throughout,” notes Clymer. “She trusted us to push the envelope a little bit. We wanted to make sure there was a good balance of bold and traditional.” The designers kicked off their plan with the foyer, where they applied paneling and an acanthus-printed grasscloth to the walls—a major nod to that traditional side—but balanced it with a modern mirror and a funky console painted in a play-it-safe navy to make it more approachable. Says Woodmansee, “We wanted it to read traditional, but with a youthful freshness to it.” 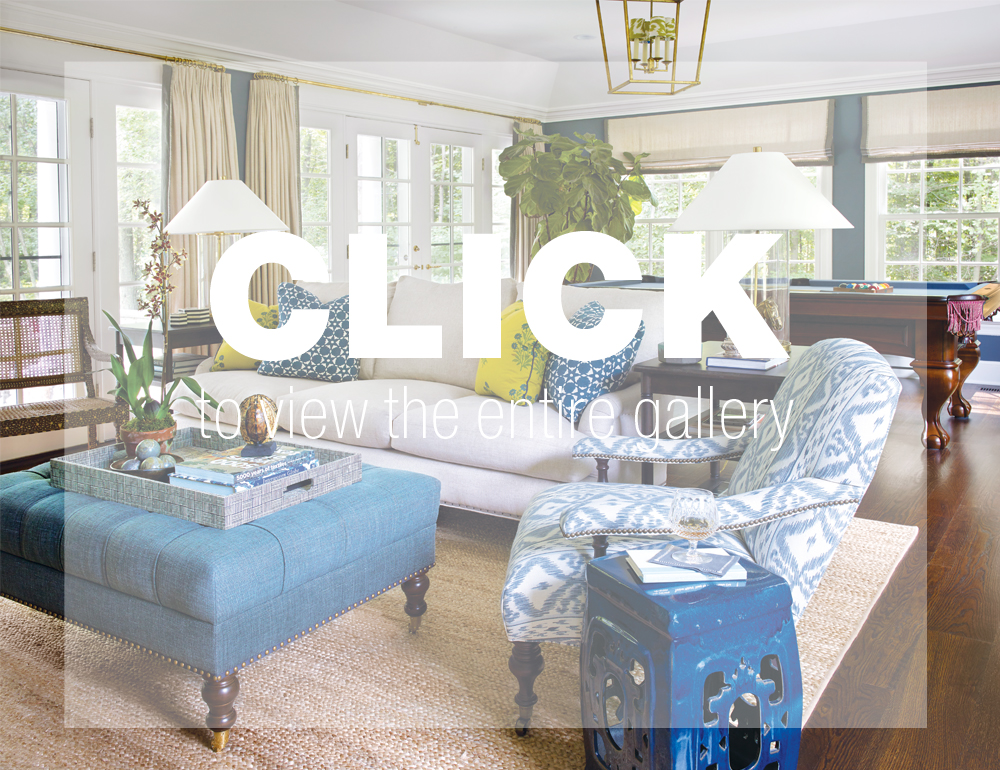 The designers dialed up the personality in the dining room, too, where they applied a bold floral Oscar de la Renta paper on the walls. They opted for a dark green lantern from Coleen & Company instead of a more predictable chandelier; and a round Serena & Lily jute rug brings a whimsical vibe to a room that could have gone formal. An antique George III mahogany sideboard and a round walnut dining table ground the room in tradition. Chairs have a pop of pattern on the backs for just the right amount of playfulness, while the fronts are upholstered in leather. “Leather is just the reality of our clients having young families, and we wanted kids to actually be able to sit at the dining room table,” says Clymer.

In the living room, the designers tamed their tendency for bold color and focused on clean lines and textures to create an intimate and cozy setting. “It is a larger space, so we didn’t want it to be overwhelming with color and different values,” says Woodmansee. “It’s a nice, serene break from the rest of the house.” An antique rug in watery blues sets the tone for the room, which is layered with classic furniture upholstered in luxurious textures: velvet, wool and linen. A pair of ceramic oxblood lamps sits on a 17th-century Italian Baroque trestle table in a dark walnut finish. “We had an opportunity to incorporate antiques and take a more traditional approach to interiors,” says Woodmansee. “This was a different experience for us.” The result, adds Clymer: “When you walk in, it doesn’t feel like a house that a decorator quickly furnished. The pieces look like they have been added over time versus feeling more contrived. It feels like a home—lived in and loved.”

A version of this article appeared in the February 2017 issue of CTC&G (Connecticut Cottages & Gardens) with the headline: Designed for Living.