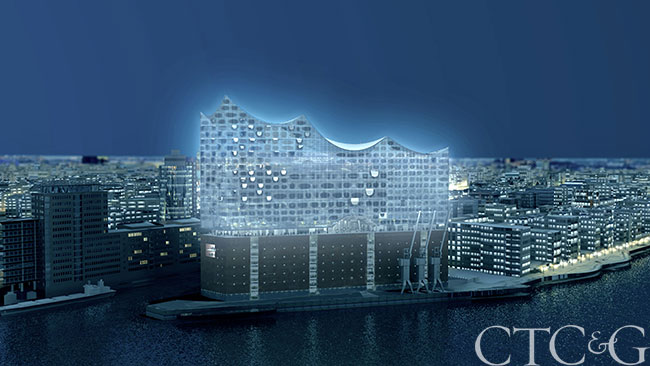 It used to be that Hamburg’s Reeperbahn, the city’s red light district, got everyone’s attention. But thanks to a zealous city plan, Hamburg’s neighborhoods are being revitalized and revamped. Not that it needed much sprucing up—this has always been a neat and tidy city across the border from Denmark. The harbor district redevelopment project, HafenCity, is nearly complete and boasts residential and commercial buildings designed by famous architects Renzo Piano and Rem Koolhaas. Another star-architect team, Herzog & de Meuron, designed the gigantic Elbe Philharmonic Hall complex that looks like a cross between an undulating iceberg and a ship’s hull. Also helping to redefine the skyline is Dockland, an office building with a sloping roof that looks like a futuristic cruise ship.

Hamburg is the birthplace of fashion maestros Karl Lagerfeld and Jil Sander. It’s also Europe’s second largest port and nicknamed “the green city on the Elbe” for all its parks and outdoor spaces. Its 2,300 bridges link streams, rivers and canals to different neighborhoods and districts. This year, classical music lovers can revel in Hamburg’s designation as a kick-off city for the 300th birthday of Carl Philipp Emanuel Bach. The city’s flair for sleek design, mixed with maritime charm, make it one of the most beautiful cities in Germany. 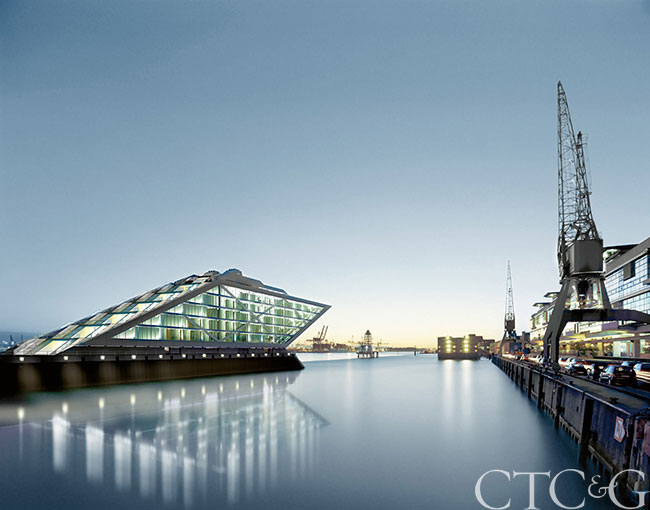 Like most German cities, Hamburg has an easy-access transportation system with trains, buses and ferries that provide efficient transport to various neighborhoods and suburbs. For a centrally located and well-equipped hotel, the Steigenberger is a great choice. Since it’s situated alongside a canal, you’ll also gain a better understanding of the city’s warehouse history.

HafenCity, referred to as Speicherstadt (city of warehouses) after the neo-Gothic red-brick warehouses with glazed terra-cotta ornaments that line the canals and bridges, is close to the city center. The district continues to be Europe’s hub for loading and transferring dry goods (tea, coffee, spices), rugs and textiles. Newly revitalized in 2009 by the city government, it’s now a hotbed of creative businesses and restaurants, along with the sprawling miniature train museum and the International Maritime Museum. Galleries, chic boutiques, rug stores and coffee houses overlook the canals from renovated warehouse buildings. Speicherstadt Kaffeerösterei and tea emporium/restaurant Wasserschloss are lovely places to take a break. A free interactive pavillon about the architecture and construction of the Elbe Philharmonic Hall is located on the Magellan Terraces in HafenCity, and tours of the construction site are available. For a true maritime experience, stay at 25hours Hotel HafenCity, which features design elements from the shipbuilding industry.

Leave time to explore the city center, the famous City Hall and the covered shopping arcade where Meissen has opened a concept shop showcasing porcelain, tableware, textiles and jewelry.

In the Fish Market District, Stilwerk Hamburg brings together 28 premium interior décor and design companies (including Clic, Fab, Kartell, Ligne Roset, Poggenpohl, Roche Bobois, Siedle and Vincenzo) over seven floors in a renovated 17th-century warehouse. Started in 1996 by a local businessman who favored preserving the historical aspects of the exterior façade, a retail space was created that is visual and avant-garde. Cultural events and seminars combined with cafes/restaurants complete the experience. Stilwerk’s location and layout are the reasons for its success in this architecturally oriented city. Retailers are grouped around a central atrium, where a glass-enclosed elevator, sculptures and other graphic elements converge to create an energetic and resourceful shopping ambiance.

A version of this article appeared in the March 2014 issue of Connecticut Cottages & Gardens with the headline: High-Style Hamburg.