Home Tour: A New Home with a Venerable Past in Rural Connecticut 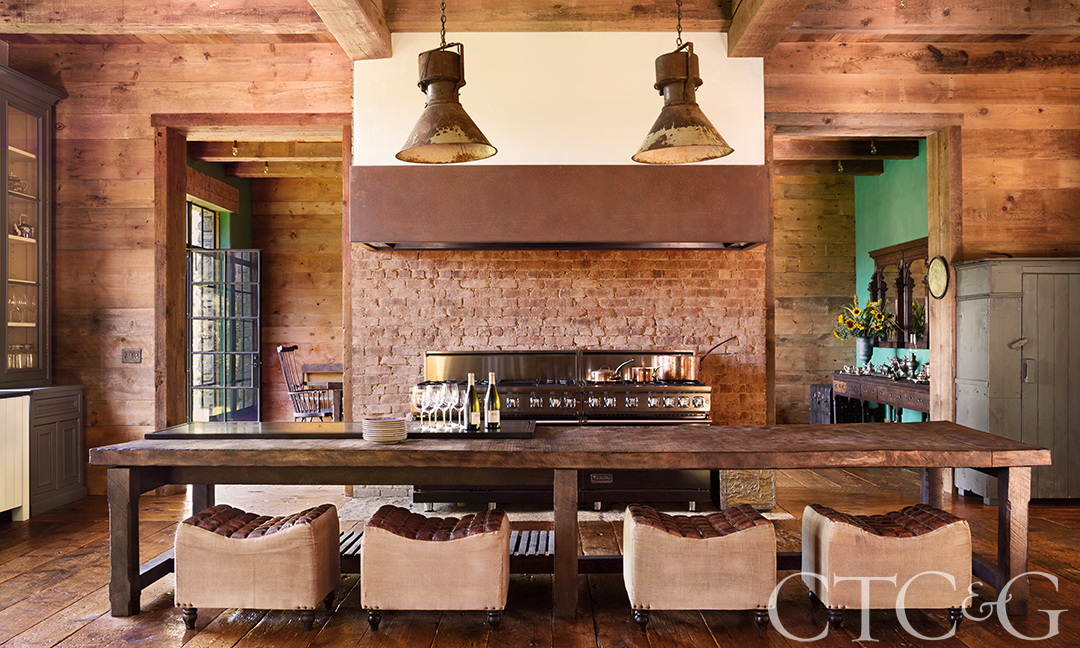 Every house comes with a history, even brand new ones. Architect Peter Zimmerman and his client, a man he cites as being hugely influential in the world of design, decided to create a story and history about the house that was to arise on a bucolic parcel of land in rural Connecticut.

“The client and I created a story for the house that we both agreed was appropriate to the site,” says Zimmerman, whose architectural practice is located on Philadelphia’s Main Line. “If you’re setting out to build a ‘new old house,’ then you have to have a story you’re going to follow through on.” Zimmerman, who’s known for designing residences that harken the past, with classic proportions and detailings, deliberately fashioned a house that references the kinds of Anglo-Georgian manor houses found in Ireland. “Part of the story of this house is that it has been here forever, that it had fallen into disrepair but has been refurbished,” he notes. Zimmerman brought in builder Tim Hine to help bring the story to life.

In the telling of this architectural tale, Zimmerman kept the interiors of the five-bedroom house rustic, yet refined. All of the wood used inside—ceiling beams, wall panels, floorboards—is reclaimed, with each piece chosen for its natural patina. While some boards needed to be wire brushed to remove flecks of paint or oiled to soften blemishes, the aged material serves its purpose in helping to tell the story of an “old” house.

As a prime element of the home, the salvaged wood is announced immediately in the foyer, with massive beams and rafters left uncovered. “None of them are structural,” Zimmerman points out. “We weren’t able to find consistent material that we could count on to be load bearing.” To further foster the “suspension of belief” that characterizes the house, the joists, beams and rafters are put together so as to appear to have an authentic structural function. 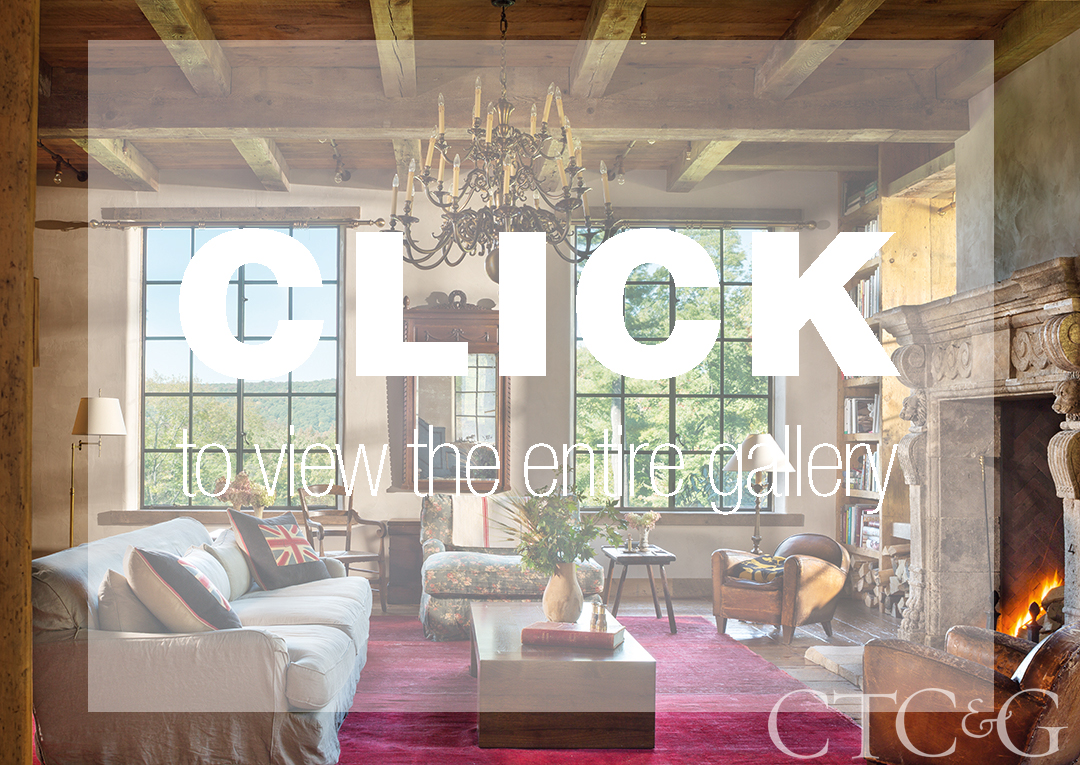 The house is built of stones found on the property—many of them part of hedgerow walls that coursed the acreage when, long ago, it was agricultural land. And the bricks used on the interior and fireplace walls and as chimneys are also antique. Zimmerman explains, though, that given fire codes, some of the fireplaces are composed of modern firebrick over which the salvaged bricks have been configured. The centuries-old stone fireplace surrounds were purchased by the owner in Ireland.

Yet another plot detail is found on the main staircase, where Zimmerman had the custom millwork—banisters, spindles, treads, risers—coated with a highly viscous grade of paint, the brushstrokes as visible as fossil imprints. “All of the crisp edges of the new millwork are softened with this paint,” he explains, “as a way to make it appear as if the surfaces have had many layers of paint applied over time.”

But perhaps the most convincing detail is evidenced in the plaster walls, which, though bright and cheerful, appear unduly aged and unfinished. “We wanted it to seem as if this was a country manor house that had been abandoned by a family that was land rich, but monetarily poor, so that they had to let the house deteriorate,” says Zimmerman. “It was as if the beautiful finishes that were once on the plaster walls had come off. We show what might have been underneath those surfaces.”

The handsomely proportioned house, punctuated with multipaned, steel casement windows, each topped with a massive stone lintel, features yet another detail that speaks of its history. Zimmerman chose thick, handmade terracotta roof tiles, made in England, not only for their durability but because they are evocative of the era in which this house is made to seem a part.

Zimmerman stresses that while the story he and his client relate in the architecture is not exactly a real one, it could be: “There is nothing faux about this house. Everything here is authentic. This is not a stage set. This site could very well have once contained a house like this.”

Given the architectural integrity of this new house, its story is sure to be a long and enduring one.

A version of this article appeared in the November 2017 issue of CTC&G (Connecticut Cottages & Gardens) with the headline: Set In Stone.