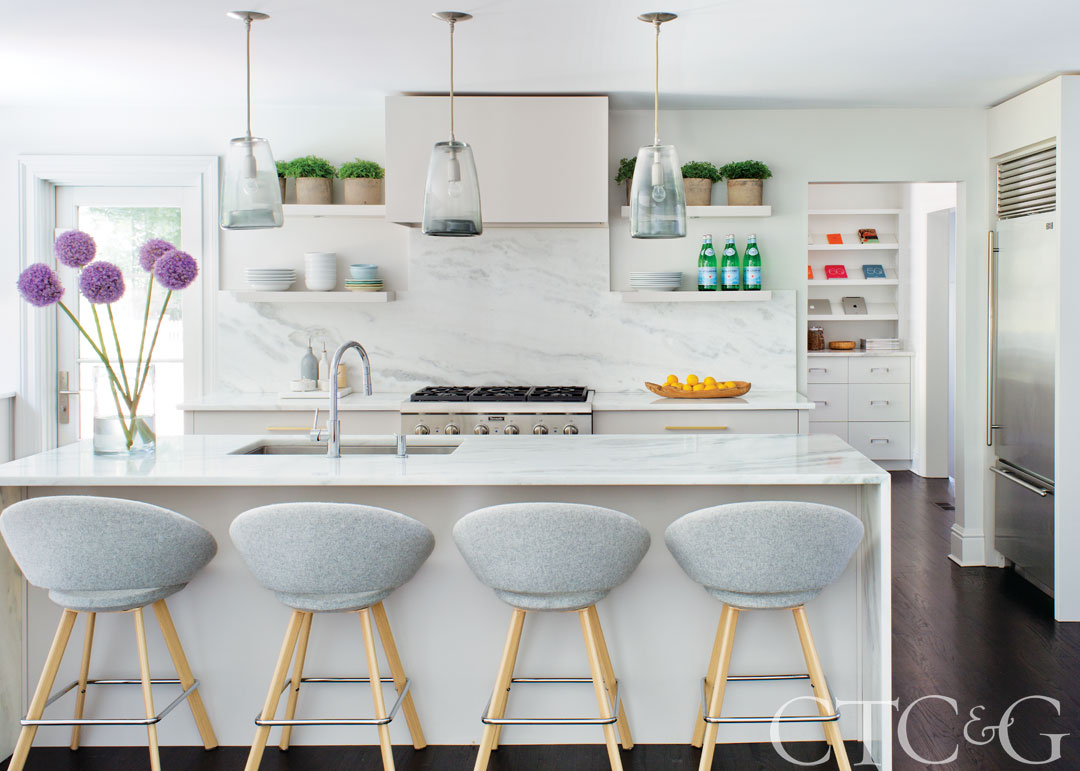 It’s easy to say, ‘I’m going to add 1,000 square feet and give the client everything they want,’ but it’s more fun to take the finite space you are given and make it work.” So says architect Robert Storm, who helped reinvent a traditional-yet-dated house. The clients, empty nesters, had renovated their Westport home in the late ’80s when French Country was all the rage. With the kids gone, they wanted something fresher and cleaner. “The first floor was a scramble of poorly laid out rooms,” says Storm. “They wanted a more open and contemporary floor plan.”

Storm suggested removing walls and replacing most of the back of the house with glass to take advantage of natural light and make a connection between inside and outside. Once a new floor plan was established, the interior took a decidedly modern turn when designer Denise Davies of D2 Interieurs came on board. “When I first walked in, it was dark and dreary with bad flow. The walls and furniture were yellow and beige—it was dated,” she says. “We had to take down walls and allow more opportunities for light to flow in.” 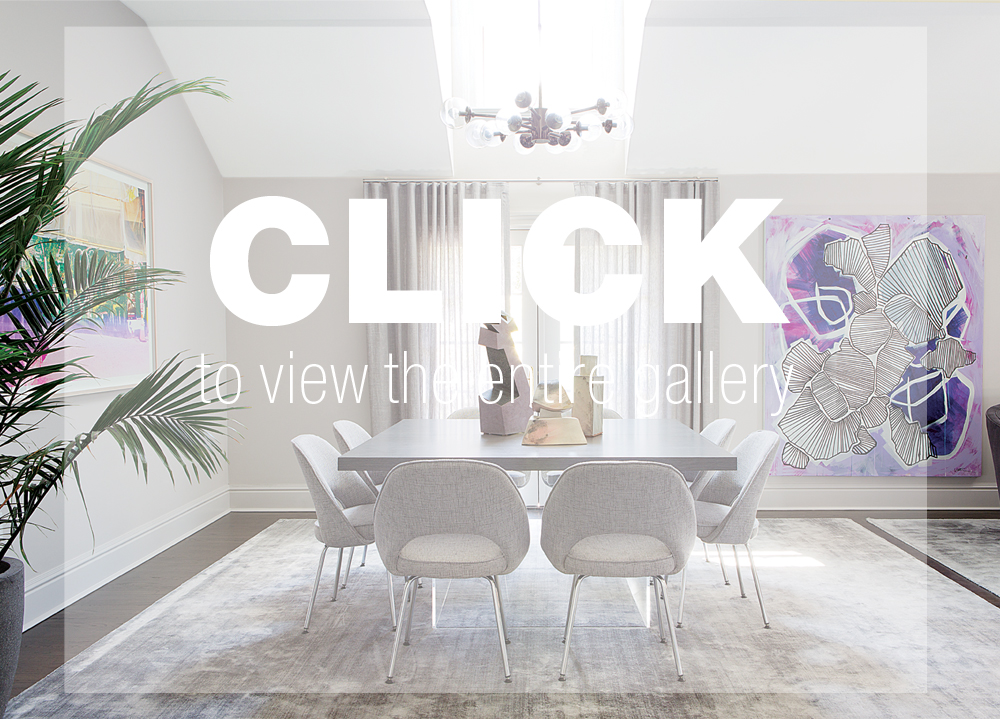 Now, on entering through the front door, views extend through the house to the pool in the backyard. Keeping the flood of sunlight in mind, Davies painted the walls—and the kitchen cabinets—throughout in Farrow & Ball’s Cornforth White. “There are so many faces to this particular white,” says Davies. “It can look like an entirely different color, depending on the way the light hits it.” The floors also got a makeover: Here, Davies went really dark to ground the space. “The children are out of the house, so they can do dark floors,” she notes. “They wanted to have a funky modern vibe, but with a level of sophistication to it.”

The expanded entryway set the tone for the entire residence. The wooden stair rail was replaced with a simple glass railing. Davies covered the walls in a metallic grasscloth and added a series of midcentury fixtures. “We wanted it to be elegant with a little understated bling. It has a sophisticated vibe, and the light fixtures are a little wink-wink,” she says.

Off the foyer are the living and dining areas, where Davies used two similar custom rugs to subtly define the space while keeping it cohesive. The room is an odd shape, and the designer had to work in a piano. “The room is not symmetrical so everything needed to be slightly different to trick the eye,” she says. A curved sofa with a hint of mod anchors the living area, while a steel-framed lounge chair has a tougher edge. Another funky chair adds a surprising jolt of jewel-toned purple. Two pieces by Connecticut artist Linda Colletta add vivid pops to the otherwise serene palette. “There is a very fine line between overdone and tacky, and elegant and quiet,” Davies notes. “I used pieces that stand on their own, but nothing is overwhelming thanks to the subdued color palette.”

In the back of the house, the reworked kitchen echoes this same sensibility. Marble-like quartzite on the countertops and backsplash are quiet and clean, while brass hardware amps up the sophistication. “I’m really proud of how we were able to have such an open floor plan while creating the illusion of defined spaces,” says Davies. “It’s fresh and modern but also timeless.” A transformation so dramatic that Storm adds, “It’s hard to even compare it to the way it was—it feels like a completely new house.”

A version of this article appeared in the March 2017 issue of CTC&G (Connecticut Cottages & Gardens) with the headline: Evolutionary Road.