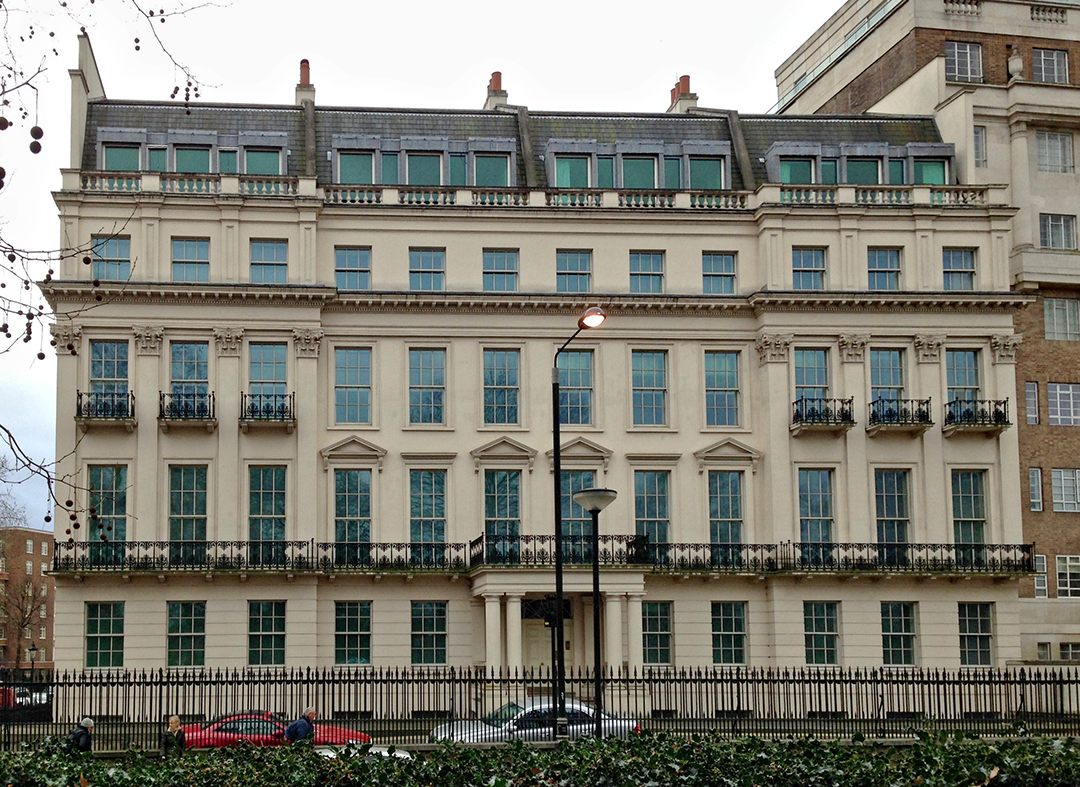 The most expensive residential sale in the history of the United Kingdom is currently underway in London. Sitting pretty at 2-8a Rutland Gate, right on Hyde Park, the home once encompassed four individual units which were sprawling even on their own. They were converted into a single mansion 40 years ago and the result is a 45-room mansion with record-breaking potential. Currently in contract with Hong Kong real estate tycoon Cheung Chung-Kiu, the sale will make history if it closes at the approximate $262 million (£210 million) price tag Business Insider has reported.

The massive mansion stands with 62,000-square-feet of interior space, and of course, boasts a roster of significant former tenants to match such a footprint. Among them is the Crown Prince Sultan bin Abdulaziz Al Saud of Saudia Arabia,  who himself purchased the home from billionaire and former Prime Minister of Lebanon Rafic Hariri. Investor Cheung Chung-Kiu is now poised to possess the deed, and like Hariri and the Crown Prince before him, could stand to make a pretty penny by converting the property into an array of high-end condominiums. Such a move could bring the value to $912 million, according to Bloomberg. But nobody has yet dared, likely because the home is so alluring as is to those who can afford it.