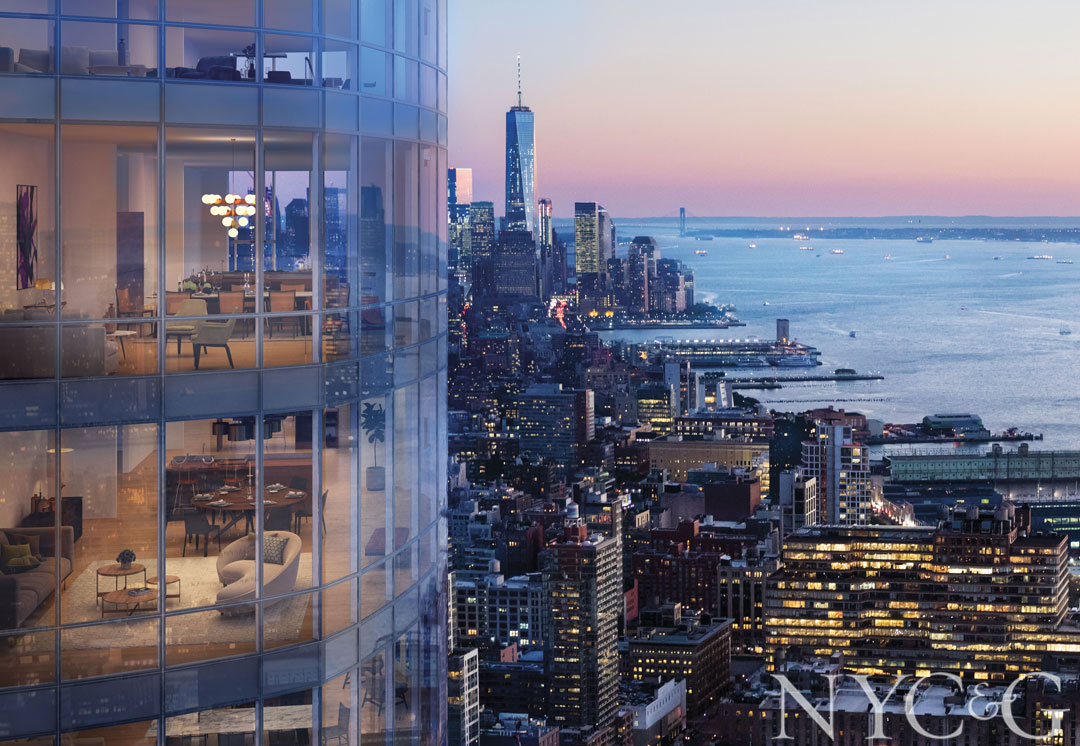 New York has come a long way since the debut of Stuy Town in 1947. Land may be scarcer than ever, but even so, there’s a crop of mega developments sprouting up all over. Most notable is Hudson Yards, which clocks in at 28 acres on the far west side of Midtown. The office tower at 10 Hudson Yards (home to Coach and L’Oréal), the new 7 line terminus, and Hudson Park and Boulevard are already open, while an additional eight structures and another park, collectively known as the Eastern Yard, are expected to be completed in 2019. People who are thinking about living in this section’s 15 Hudson Yards (opening late 2018) or 35 Hudson Yards (2019) will be moving into a fully realized neighborhood, complete with restaurants and shops, including New York’s first outpost of Neiman Marcus. Meanwhile, the Western Yard—which will bring residences, a school, and office space to the area encompassing 30th to 33rd streets between 11th and 12th avenues—is slated to wrap up by 2025.

Farther north along the Hudson River, between 59th and 61st streets, is Waterline Square. When finished in 2019, the five-acre plot will feature residential towers by renowned architectural firms Richard Meier & Partners, Kohn Pedersen Fox, and Viñoly, as well as a park, sports facilities, and luxury amenities. “It’s not about individual buildings, but the creation of a neighborhood,” says James Linsley, president of GID, the developer behind the project. And in 2024, the six-acre Essex Crossing on the Lower East Side will offer housing units, a medical facility, a movie theater, elevated gardens, and an underground food market. Brooklyn is also getting in on the action, with Pacific Park (23 acres), Greenpoint Landing (22 acres), and the former Domino Sugar Refinery site (11 acres) all scheduled for completion by 2025.