In Deep Water! East Hampton's Georgica Pond is Being Studied For Toxins 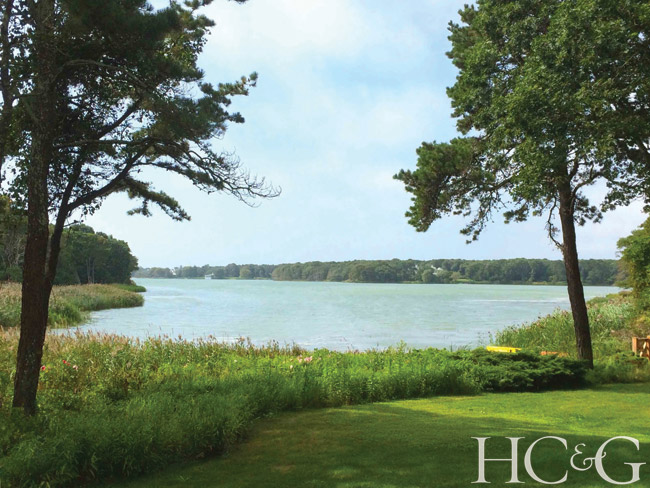 A group of wealthy homeowners on Georgica Pond in East Hampton have had it with potentially toxic blooms in the water and taken matters into their own hands, ponying up $359,000 in the hope of finding a remedy. Billionaire Ron Perelman and his wife, Anna Chapman, and their high-powered neighbors and friends, including Kelly Klein, Calvin Klein, David Geffen, Annie Hall, and Priscilla Rattazzi and Chris Whittle, are paying Stony Brook Southampton staff, led by Dr. Christopher Gobler of the School of Marine and Atmospheric Sciences, to monitor the pond.

Concerns were first raised in 2012, when Annie Hall’s Jack Russell terrier died of neurotoxic shock after drinking from the pond, spurring East Hampton Town trustees to study the water quality. Since the dog’s death, there have been reports of high levels of nitrogen and phosphorous and very low oxygen, leading to fish and deer deaths, says Gobler, who adds that water quality conditions on the pond could “pose a serious threat to wildlife, pets, and humans,” which will “intensify without intervention.”

“My children and I have spent the last 25 years of our lives here,” says Rattazzi, a photographer whose ten-year study of the waterway resulted in Georgica Pond, a book of her photographs. “When the pond’s issues escalated last summer, we knew we had to take action. So Annie and I kick-started a campaign to fund Dr. Gobler’s study.” (Last winter, Rattazzi and Whittle put their 11.2-acre estate, Briar Patch, on the market for $140 million.)

In 2014, elevated levels of blue-green algae—suspected to be the effect of fertilizer and wastewater runoff—led to a temporary shutdown of all swimming, shell-fishing, and crabbing activities on Georgica. As of press time, the pond is open, and the water quality seems to be improving, according to Gobler, whose team is continuing to study the brackish water, a mix of fresh and ocean water resulting from the twice-annual man-made “cut” that flushes the pond. The research, which involves DNA sequencing and a real-time monitoring system, will be shared with the Nature Conservancy in order to develop an ecosystem remediation plan.

A version of this article appeared in the August 1 2015 issue of Hamptons Cottages & Gardens with the headline: Deeds and Don'ts: Stable Investments.