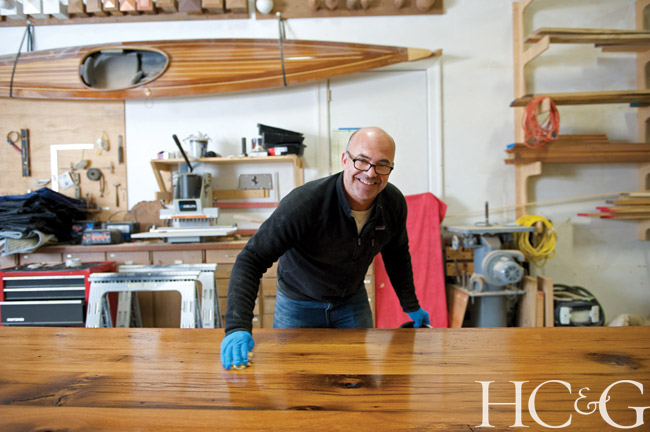 Every morning at six a.m., accompanied by at least one of his four dachshunds—Pablo, Diego, Hugo, and Pepe—Dereyk Patterson opens the doors of his woodworking studio on Hardscrabble Court in East Hampton. Why so early? “I just wanna make furniture,” he says. “That’s really all I want to do." 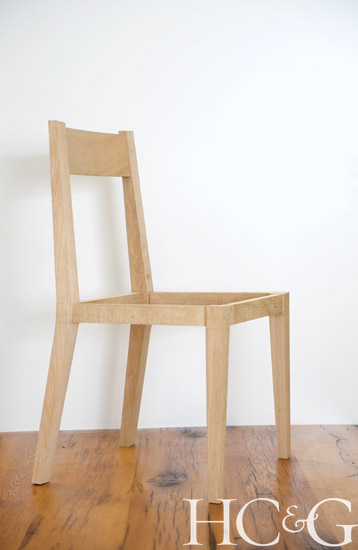 The self-taught woodworker and designer is particularly well known on the East End for his custom cabinetry. It’s what brought him to the Hamptons nearly eight years ago from Northampton, Massachusetts, when he and his then-partners received a $650,000 cabinetry commission for a home on Further Lane. “It was like winning the lottery,” Patterson recalls. Although his partners remained up north, Patterson decided to stay on and build a life in the Hamptons with his wife, garden designer Paige Patterson.

The son of a bush pilot, Patterson grew up in Venezuela and was fascinated by how things were made even when he was a small child. “I was the kid who would get a mechanized present, like a radio or something, and tear it apart to figure out how it worked,” says Patterson, who now finds himself perfecting centuries-old European-style mortise-and-tenon joining techniques, executing a continuous 16-foot run of custom cabinetry, or vacuum-pressing dozens of paper-thin veneers to make curves for a chair back on any given day.

Patterson started out as a contractor and house renovator, but he discovered his true passion 20 years ago, after missing a rung on a ladder and injuring his knee. Lying in bed recuperating, he had an epiphany: He wanted to get into fine woodworking and furniture design. Inspired by the work of the Danish master Hans Wegner, he began making chairs—still his favorite pieces to construct. Knoll designer Robert DeFuccio, a fellow fanatic, taught him the basics. “Chairs are difficult,” Patterson recalls his instructor telling him. “You can make a chair that looks beautiful but doesn’t sit well, or the proportions aren’t right. You have to build something that’s beautiful and be able to sit there for a long time.” Patterson has taken DeFuccio’s mantra to heart: “If it’s not right, if it’s not going to last forever, then I’m not making it.”

A version of this article appeared in the June 2014 issue of Hamptons Cottages & Gardens with the headline: Natural Beauties