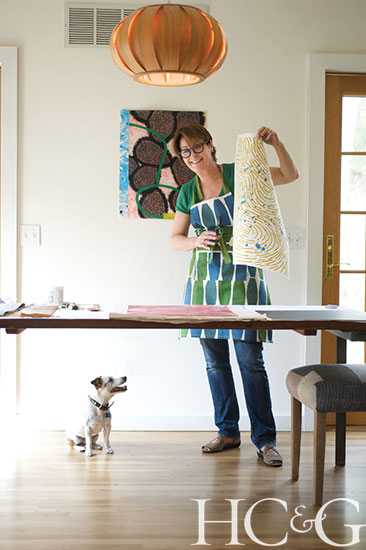 Living and working in a tranquil spot near Three Mile Harbor, Sue Heatley is surrounded by nature. A printmaker who creates limited-edition and one-of-a-kind abstract linocuts and monotypes, she draws inspiration from the beauty of the area’s trees and ripples on the water.

“All my work is rooted in nature or in natural phenomena, like wind or currents or waves,” Heatley says, adding that her pieces are not a direct translation, but rather her interpretation of what she sees before her. “For me, it’s really important that art doesn’t hit you in the face with its meaning. You have to come to it as a viewer and make your own sense out of it.”

Heatley frequently starts with a sketch, but sometimes immediately skips right to the relief, carving a linocut on unmounted battleship linoleum on burlap. First, she applies heat to the surface (often using a hair dryer), making the material pliable and almost buttery. Then she carves her design. Once the linoleum is cut and set, she adds ink, working it into a satiny viscosity with a palette knife before rolling it onto the raised part of the surface. After the plate is covered in ink, she gently places a piece of sekishu—a delicate, yet strong paper made by hand from the kozo plant in the same region of Japan for centuries—on top. To transfer the design onto the tissue-like paper, she presses vigorously against the sekishu with the underside of a flat-backed wooden spoon. 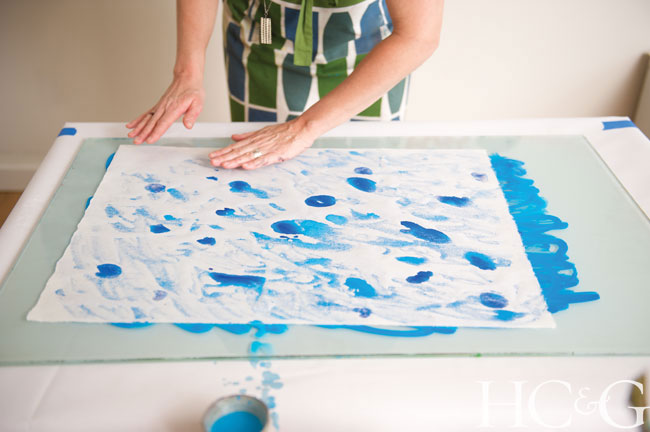 Each handmade print can go through the process several times. More linocut layers might be called for, or Heatley might decide to introduce other media such as collage, stencil, or paint or gouache. “I have to lay down some layers to see where it’s going,” she says. “It has to be intuitive.” 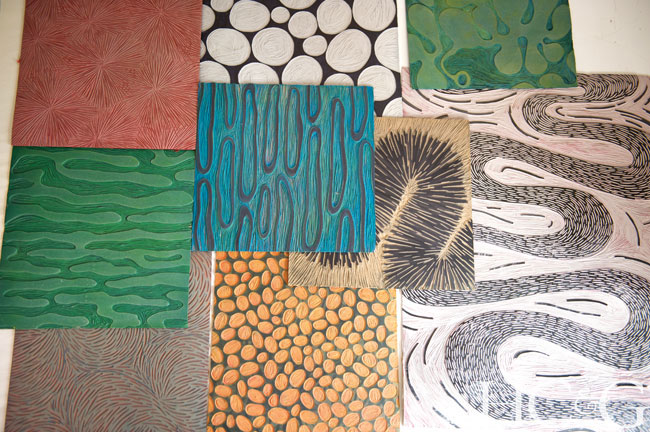 Heatley has been making art since her childhood in Aurora, Illinois—the former home of SeaWorld, where she once held a job as a pearl diver—and now shows at the Drawing Room in East Hampton (an exhibition of her prints is on view there through this month). She spent her early adult life mastering ceramics while living in Richmond, Virginia, before she moved on to printmaking and relocated to East Hampton, her home for the past decade. Working out of a small studio-like space off the living room, as well as her dining area, she still thrills at the notion of “exploring creatively. It’s very empowering. For me, art is the most rewarding thing.”

A version of this article appeared in the August 1, 2014 issue of Hamptons Cottages & Gardens with the headline: Hope Floats