In Queens, Furniture Maker Charlie Baker Gets to the Root of Things 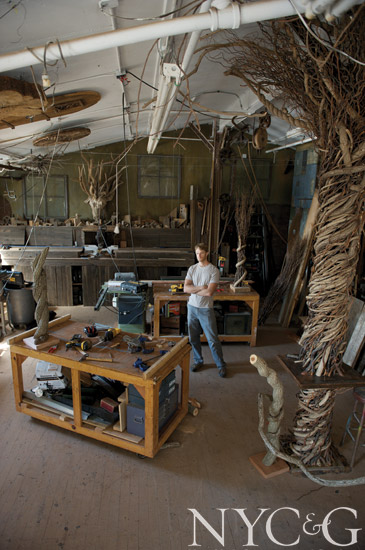 Tucked away in a nondescript industrial building in Long Island City, a wooden wonderland comes to life, with vines scaling the walls and twisting and creeping over a support beam. Every inch of space is taken up by lumber, scrap wood, and washed-up tree roots gathered on Long Island’s East End by craftsman Charlie Baker, who uses them to make elaborate indoor and outdoor furniture for his firm. “I’ve always been attracted to the idea of nature taking over things that are man-made,” explains Baker, who smiles even at the notion of grass popping through the cracks in a sidewalk.

The son of a landscape designer and a photographer, Baker fell in love with the outdoors while spending childhood summers at his parents’ fixer-upper on Shelter Island. “I was always annoying the work crews and trying to help out,” the Manhattan native recalls. “I never considered myself a true ‘city kid’ and gravitated toward doing things outside, like helping my mom in the garden.” After finishing high school and graduating from Washington and Lee University, Baker pursued film production, but a series of uninspiring jobs led him back to his true calling: the natural world. 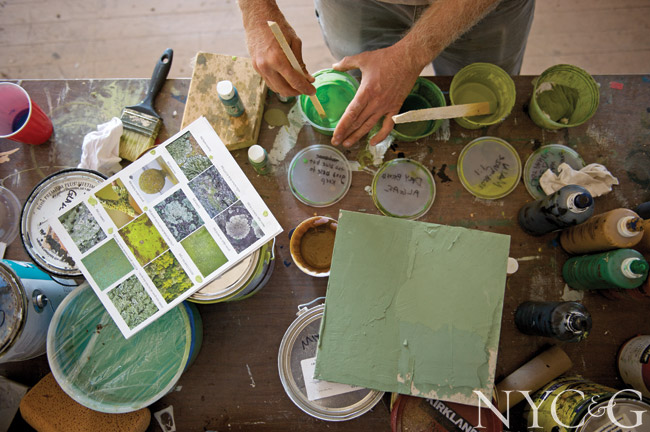 In 2007, after working for landscape and masonry firms and studying at the New York Botanical Garden, he founded Baker Structures, which produces everything from whimsical chairs crafted from scrap wood and dried vines to more traditional pieces, including dining tables and benches, as well as hybrid versions, like a coffee table with a gnarled tree-root base, a glass top, and a framework of wooden beams. Baker constructs work for a variety of residential and commercial clients and has even showcased his creations in the holiday window displays at Hermès and Ralph Lauren. Last month, he wrapped bittersweet vines around the columns of the Gansevoort Farmers’ Market and accented them with faux bird’s nests. 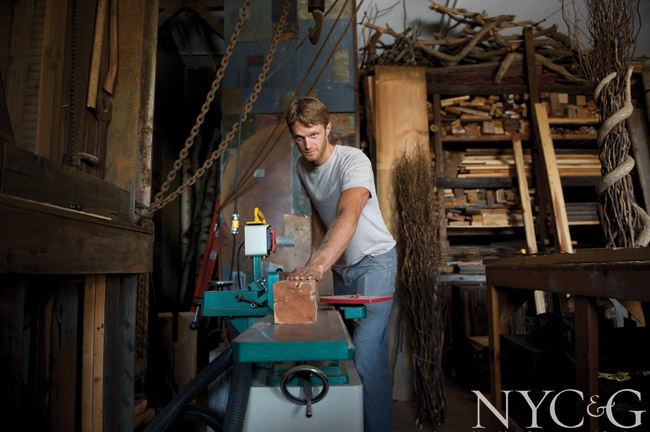 Baker uses mostly deadfall, trees from cleared properties, and reclaimed wood, and only cuts down material “if I know it’s an abundant, weedy species or one that has already died,” he says, noting that he’s particularly attracted to “twisted specimens that have interesting knots or textures,” typically oak, curly willow, and mahogany. He assembles his free-form furniture by bending and weaving pieces of wood and vines together, often while they’re still fresh and pliable, and then fastening them with screws. He also incorporates milled lumber into his more mainstream creations, which are constructed using various joinery techniques. “I think of my pieces as functional artwork,” he adds, “and not just typical home decor.”