Inside a Furniture Designer's Seaside Home in Honfleur, France 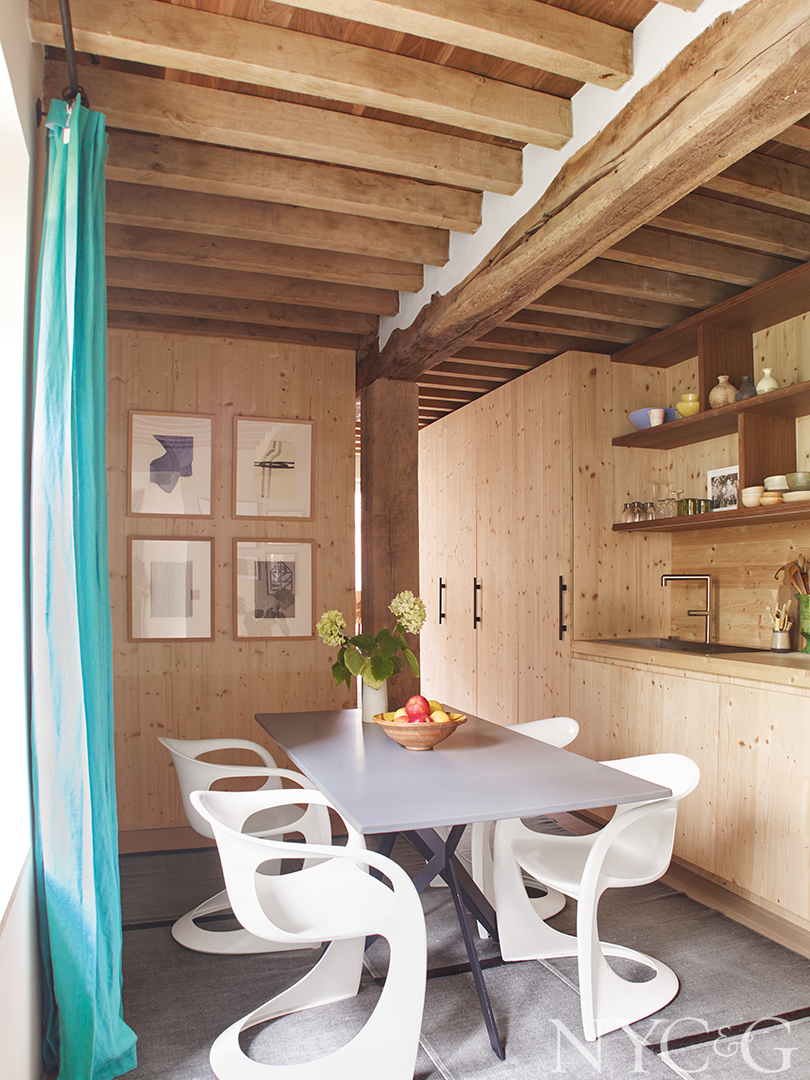 At first glance, Honfleur might seem like an odd choice for the getaway of a cutting-edge Parisian furniture designer, but Christophe Delcourt explains it with Cartesian logic: The seaside town in Normandy is only an hour and a half’s drive from the City of Light; he can indulge his lifelong passion for horseback riding nearby; and his partner, lighting and accessories designer Jérôme Aumont, hails from the area. Add to that their humble four-story 1910 townhouse, the charm of the city’s historic half-timbered homes, and the bustling port, and Honfleur suddenly seems like a no-brainer.

“When we found it, five years ago, it was a wreck,” recalls Delcourt. “It looked pretty much abandoned, and we couldn’t even imagine that someone had actually been living in the space until just a few months before we saw it. The walls were damaged, some of the carpentry was burned, and windows and doors were beyond repair.” A gut-renovation was in order.

Working within the footprint of the original structure—the walls needed to be reinforced—Delcourt rebuilt the home’s interior. “It was actually two very tiny houses, each with its own staircase,” Aumont recounts. “One was in front of the front door as you walked in, and the other was at the house’s exact opposite end. So we created a single staircase that became the signature of the place.” Said spiral staircase is a technical wonder encased in a custom plywood sheath near the house’s core, with thick five-ply treads held in place by simple black metal brackets that allow a slight reveal between the steps and the shell. For continuity, the same custom-designed plywood is used for doors and cabinetry throughout.

The house’s other primary connective tissue is its restrained palette of matte colors: beige, green, yellow, plum, and gray, employed in carpets, fabrics, paint, and bed linens in a handsome scheme that becomes more emphatic from floor to floor. The ground level’s entrance hall and kitchen-dining combo is relatively light and mostly wood. The living room and hallway on the second floor get shots of teal and mustard, echoed beautifully by Delcourt’s furniture and accessories from Aumont’s Collection Particulière. The third floor is reserved for guest bedrooms: the back bedroom, where pale gray and more mustard complement the warmer wood tones of a wicker headboard and an Arts and Crafts credenza, and a more compact front bedroom, which is a mustardy tour de force. On the attic floor, Delcourt and Aumont’s open-plan master suite is painted in an inky slate that visually erases the space’s sharp edges. 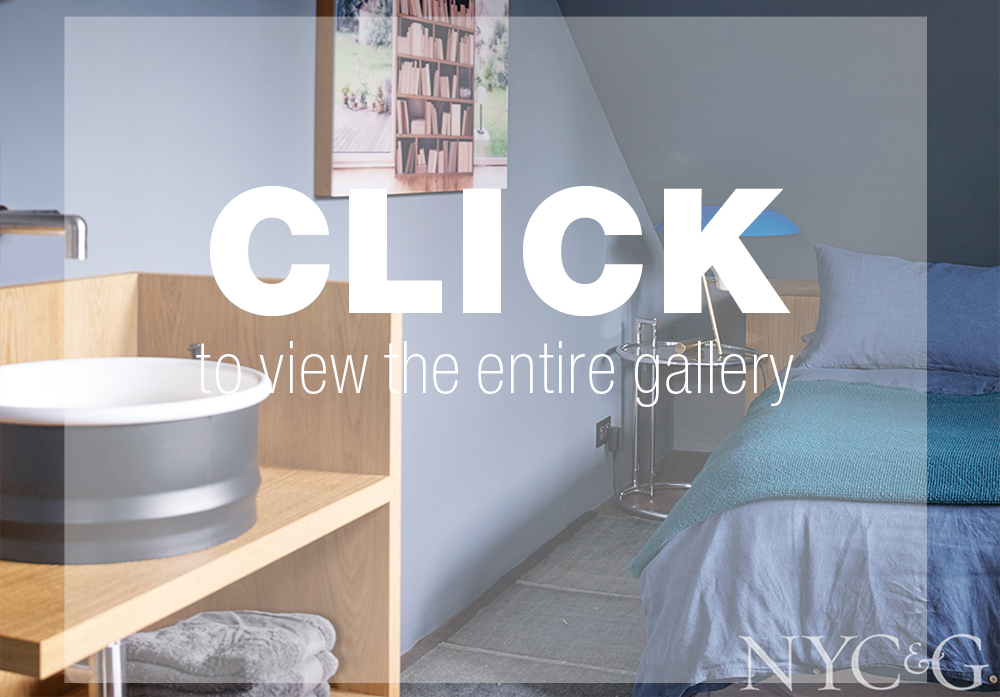 The two designers came to their vocations in an unconventional manner. As a young man, Delcourt had planned to become a farmer just to get a rise out of his parents. But he made his way to Paris instead, where he started to act and had a stint as a model. In the late 1990s, he began to design small objects and light fixtures and soon launched his eponymous collection, while also working for other brands, including Roche Bobois and Baxter. He recently changed the name of his company to Delcourt Collection, although he continues to design under his own name for Minotti, Perennials, CC Tapis, and Collection Particulière. “My designs, all of which are produced in France, focus on traditional cabinetmaking, using a variety of materials like bronze, marble, and ceramics,” Delcourt says. “My work for other companies allows me to experiment with different materials, learn new manufacturing techniques, and reach a different clientele.”

Aumont launched Collection Particulière in 2014, after working as a journalist for more than a decade. “My aim is to develop objects and lighting, while Christophe is much more into furniture,” he says. “This is the perfect arrangement for us. We both have our own collections that just happen to fit well together, which allows us to have clients and retailers in common.”

The harmonious balance can be seen first and foremost in the couple’s home, a litmus test of sorts. While not terribly obvious, an Asian-inflected undercurrent comes through in the way that they have taken limited space and made it seem airy and almost generous. Perhaps the symbiosis is due in part to the unlikely choice of Honfleur as command central, despite its distance from the creative hive of Paris. “We both consider Honfleur like home,” says Delcourt, “much more than Paris, which is just the city where we have to be for work."

A version of this article appeared in the December/January 2017 issue of NYC&G (New York Cottages & Gardens) with the headline: Norman Persuasion.