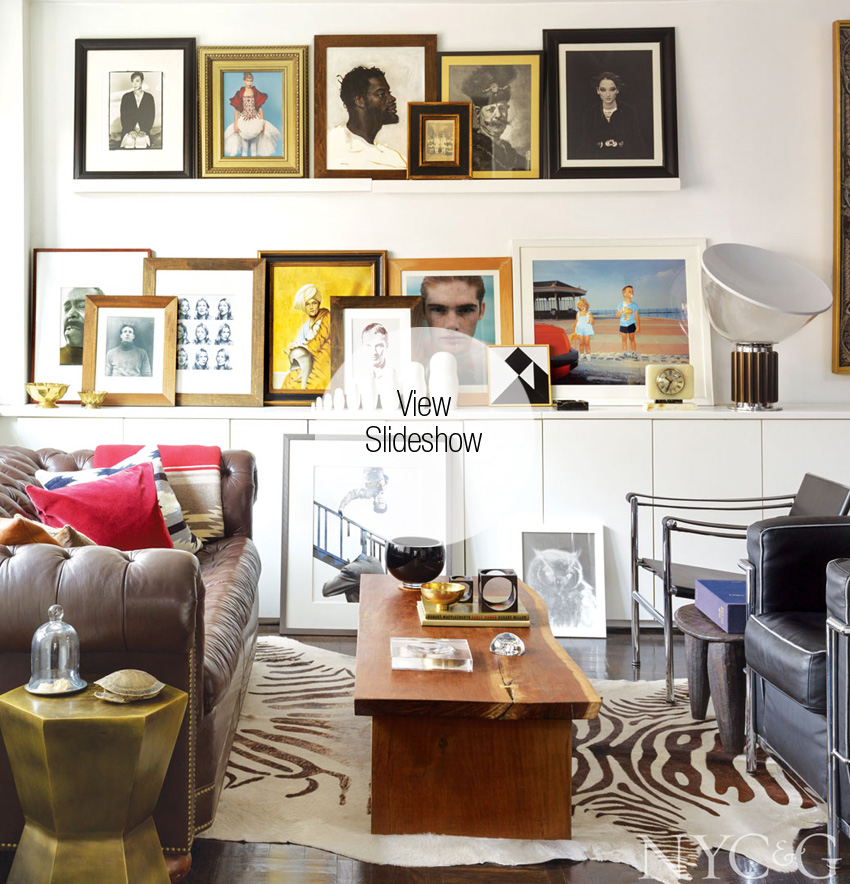 Marcus Teo’s apartment near Gramercy Park is more than just a place to hang his hat: It’s a repository of furniture and objects that coalesce into a visual biography of its owner. And what a story it is. Teo, a former men’s fashion director for W who was most recently the creative director at Georg Jensen, was born in Malaysia and spent his formative years in Kuala Lumpur, Singapore, and London before moving to New York in the late 1980s to study film and journalism at NYU. While some people land in the Big Apple determined to vanquish all elements of the past, he has always embraced his personal history and experiences. “I got a design education by default,” he says, “from the post-Colonial tropics and Peranakan, the synthesis of Malay and Chinese culture, to ’80s Bauhaus London and ’90s surf culture aesthetics. Remnants from all are in my apartment today.”

Prior to buying the place, which he shares with his boyfriend, Seth Johnson, a chef and farmer, Teo had been living solo in a 550-square-foot one-bedroom in the East Village. He had often thought of moving to a bigger apartment one day, and was surprised to see that when he finally did, space was still an issue. “I had crammed a lot into my previous place,” he says, “and every inch of this one is used fully.”

Located in a nondescript building, the 900-square-foot pad possessed two things Teo had been craving: great light, thanks to southern and western exposures, and views of both Gramercy Park and (at least when he moved in) the iconic gold-capped MetLife towers overlooking Madison Square Park. But the rest, he admits, was “cookie-cutter”: a closed-in galley-style kitchen, an open living/dining area with an adjacent room that previous tenants had used as their children’s bedroom, and a master bedroom that, at 17 by 11 feet, almost seemed too large, given what he had been accustomed to in the East Village.

Teo spent just two months on the renovation, managing every detail himself, including the creation of a fashionista’s dream—an ultra-organized walk-in closet, carved from the large master bedroom that suddenly seems not so large anymore—as well as gut renovations of the bathroom and kitchen. The latter yielded especially dramatic results. “I wanted a monolith for the kitchen—just one big chunk of marble,” he says. “Aesthetically, it was the only thing I really wanted to do.” The rest involved a simple cleanup: a little paint, and giving the smaller second bedroom new life as a library that Teo, who now runs his own business as a creative consultant, also uses as an office.

The decor is a mash-up of styles ranging from French (a daybed) to clubby British Colonial (assorted taxidermy, plus a leather rhinoceros footstool from Omersa in London) to modern (an Eileen Gray side table). Teo, who jokingly describes himself as a “magpie with a passport,” is particularly fond of an Eileen Gray lacquer screen and Safari chairs by Le Corbusier, as well as an Art Nouveau snake-motif torchère. A replica of an Edgar Brandt design, the latter is a nod to a onetime employer and mentor, fashion retailer Joseph Ettedgui, who had an original.

Teo arranged and rearranged the apartment’s various tableaux until they matched his “palimpsest” vision, which isn’t to say that he no longer entertains the idea of clearing the deck and starting anew. “Every so often, I think ‘clean slate,’” he says, “but the old keeps popping right through. There’s no running away from my past.”

A version of this article appeared in the May/June 2016 issue of NYC&G (New York Cottages & Gardens) with the headline: Teo Time.