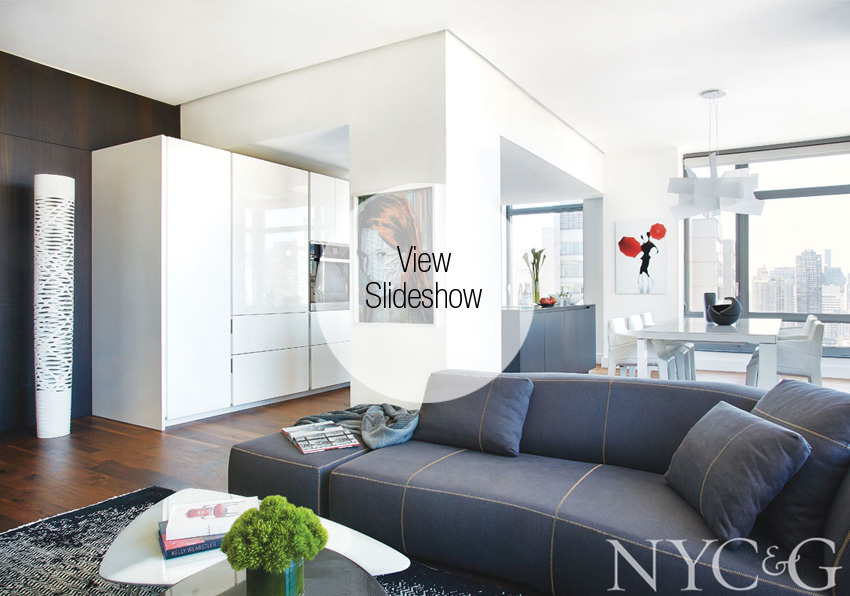 Noha Hassan isn’t the first decorator to have made a career switch to interior design—but the move came more easily to her than it has to many others. “I wasn’t scared,” recalls Hassan, who previously worked in the high-pressure world of banking. “I’d managed my way through eight years in finance already, which is very high risk, and I brought those years of experience with me. Although I still had to learn as I went along.”

In the case of Hassan, the transition has been an unqualified success: Her decidedly modernist, minimalist interiors somehow remain warm and livable at the same time. “There’s a misconception that modern design can’t be inviting,” she says, “but you can achieve so many looks—the possibilities are wide open.” The decorator, who was born in Egypt and has lived in Jeddah, Luxembourg, Brussels, London, and now New York, is exceedingly flexible no matter what environment she takes on, including the formerly stodgy Upper East Side apartment featured on these pages.

When Hassan met her clients—a married couple, both doctors, with a son and a daughter—they had recently moved to a bigger place on a higher floor in the same building. The directive: Transform the three-bedroom, four-bath abode into a stylish home, fine-tuned for modern living. They wanted minimal, but not cold; livable, but not lived-in; and nothing obstructing their endless views.

The project took just five weeks to complete, with Hassan adhering to a less-is-more approach—in part because of the children. “When you have young kids, you need space to move around—and for all their stuff,” says the designer, a mother of two herself. She paid special attention to the children’s bedrooms, crafting sophisticated havens that are fun, but not too juvenile. “I don’t like kids’ rooms to be too ‘kiddie.’ I prefer to create spaces they can grow into.”

Not that Hassan is beyond whimsy. Consider the master bedroom’s funky tufted Positano bed from Baxter, with its delightfully bulbous Seussian charcoal-gray headboard. (It had been in the clients’ possession already.) Paired with a red rope Vermelha chair, it transforms the space into a seductive, sensuous retreat. Pendant lighting throughout the apartment amplifies its air of urban cool, from Foscarini’s Big Bang fixture in the dining room to Flos’s Zeppelin in the master bedroom and Moooi’s Heracleum II in the daughter’s room. “They’re all so dramatic—they draw you in,” offers Hassan, already an expert at drawing people in, despite having had just a couple of design classes under her belt before taking on full-tilt projects such as this one. “I really love seeing the transformation on clients’ faces when they see how comfortable and livable their home can be.”

A version of this article appeared in the May/June 2016 issue of NYC&G (New York Cottages & Gardens) with the headline: Noha's Arc.