Inside a Tranquil East Hampton Cottage 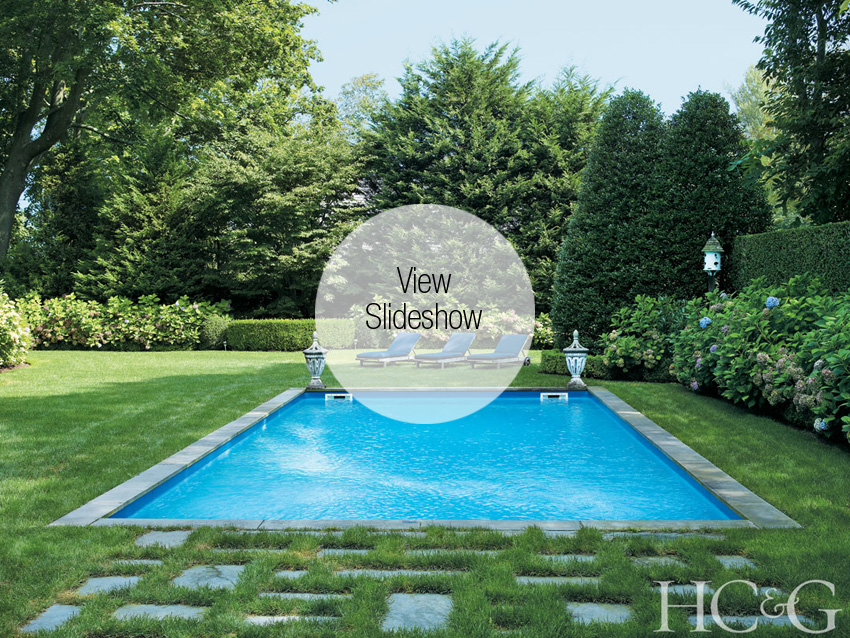 Unlike some interior designers, Greg Shano doesn’t shy away from the word “decorating.” In fact, the former vice president of design for Baby Gap, who abandoned a fashion career to pursue a degree at the New York School of Interior Design, embraces it, likening it to the exuberance and creativity found in the fashion world.

Not surprisingly, the carefully composed spaces that make up the 1,200-square-foot East Hampton home he shares with partner Michael Giannelli, head designer of the Children’s Place, and their German shorthaired pointer, Harper (named for author Harper Lee), are a synthesis of Shano’s decorating acumen and his fashion sense. “Dressing a room is really no different from dressing yourself,” he says. “You have to ask what are the basics and what’s the ‘jewelry,’ those things that add shine and sparkle.”

When it came to their 100-year-old farmhouse, the designer first established a quiet backdrop of cream, khaki, and blue. “After doing so much work in fashion, where color is so dominant, Michael and I wanted calm and tranquil for our summer home,” Shano says. “The previous owners had done a total renovation, so it just needed some cosmetic tweaking. It was also important that the house have an American point of view in keeping with its history.”

That resolve jibed perfectly with the couple’s passion for collecting. With yearly pilgrimages to Brimfield (the legendary antiques fair in Massachusetts) and routine visits to local flea markets, the duo sought furnishings that, like their classic house, “had good bones,” such as the round mahogany dining table (a Brimfield find) that they sanded and painted white. “It’s the perfect proportion for the small square room,” says Shano. A pair of Art Deco armchairs with the original worn leather seats make ideal period-piece accents.

In the living room, cream-colored club chairs with beachy striped pillows and a new sofa topped with a quiet floral print that whispers Americana somehow just work with a zebra-striped ottoman. “The ottoman is functional, a great size, and plays nicely with the other colors in the room,” says Shano. “It was a little bit random, but I try not to overthink things.”

With the basics in place, the designer got down to accessorizing with art. Thematic paintings in all periods, shapes, and sizes cover nearly all the walls. An artful collection of seascapes graces a corner of the master bedroom, while the minuscule “napping room,” with its sole twin bed, is peppered with a wall of floral still lifes. “They are all different, but when you bring them together, they make a statement,” says the designer, who claims the portraits prominently displayed in the dining room are also great conversation starters. “Everyone wants to know the backstory and whether they are relatives,” he says. “It’s the art that provides color, movement, and novelty here.”

And then there’s the bling that he brought to the project. Shano judiciously placed shiny mercury glass in the living room, sparkling cut-glass decanters on the bar, and a crystal chandelier in the dining room. “In such a small house, certain commonalities like the paintings and a touch of sparkle help things flow,” he notes.

With the scarcity of square footage, outdoor spaces play a significant role. But unlike the well-renovated interiors, the corner property needed work. “In the summer, you want to be in the yard, and there was no landscape to speak of,” says Shano, who collaborated with Dellapolla Landscaping to transform the half-acre lot. “We went for the quintessential Hamptons look, with manicured privet hedges and boxwood everywhere, and a white picket fence covered with roses in the front.”

Cedars, dogwoods, and holly guarantee greenery on winter weekend visits, while lilacs and hydrangeas provide cut flowers all summer long. The addition of a pool and back deck turned the house into the indoor/outdoor retreat the couple had always imagined. “We’ve created an environment that makes us happy,” says Shano. “We might arrive from the city all wound up, but this place makes it easy to settle in and just relax.”

A version of this article appeared in the August 1 2012 issue of HC&G (Hamptons Cottages & Gardens) with the headline: Sweet & Serene.