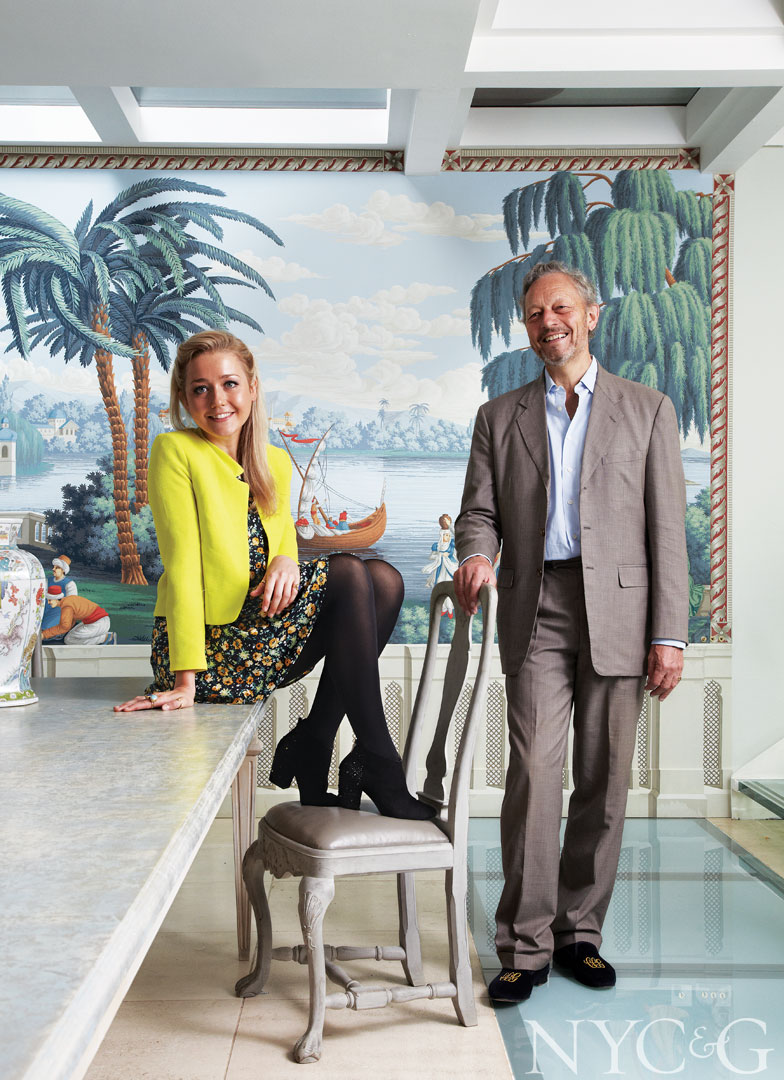 Nothing says “London” more than a Knightsbridge mews house nestled between Harrods and Hyde Park, within just a few minutes’ walk of posh restaurants and the British capital’s best museums. Claud Cecil Gurney, founder of the 30-year-old design house de Gournay, bought the charming home featured on these pages more than 43 years ago, when the ground floor was a horse stable and the neighborhood not nearly as popular as it is now.

“It’s funny that this area is so desirable,” says Cecil Gurney’s daughter Hannah Cecil Gurney, who is a director at de Gournay, a firm best known for its elaborate hand-painted wall coverings. “No one thought the cobblestone streets were charming 50 years ago!”

But the stable gave Cecil Gurney an opportunity to get creative when he rebuilt the interior. Instead of installing the expected living room on the ground floor, he decided to turn the space into a dining room. “We mostly use the dining area at night, and it sees a lot of traffic,” Cecil Gurney says. “Why not have it on the bottom floor?” During London design-world events, Cecil Gurney, Hannah, and his other daughter, Rachel Cecil Gurney, who serves as the company’s global style manager, often entertain clients and top decorator friends. “We share lots of juicy gossip,” Cecil Gurney says with a laugh. “People visit from everywhere, so there’s always an interesting story or two.”

As part of the renovation, Cecil Gurney laid glass floor tiles on the second and third floors so that natural light could filter all the way down to the dining room. These also add a modern contrast to the space’s Gustavian dining chairs, antique Chinese porcelain vases, and, on the back wall, de Gournay’s Rives du Bosphore, a panel taken from a 19th-century textile. “It doesn’t matter what’s old or new,” says Cecil Gurney. “If you just play around with design, anything can look contemporary.” 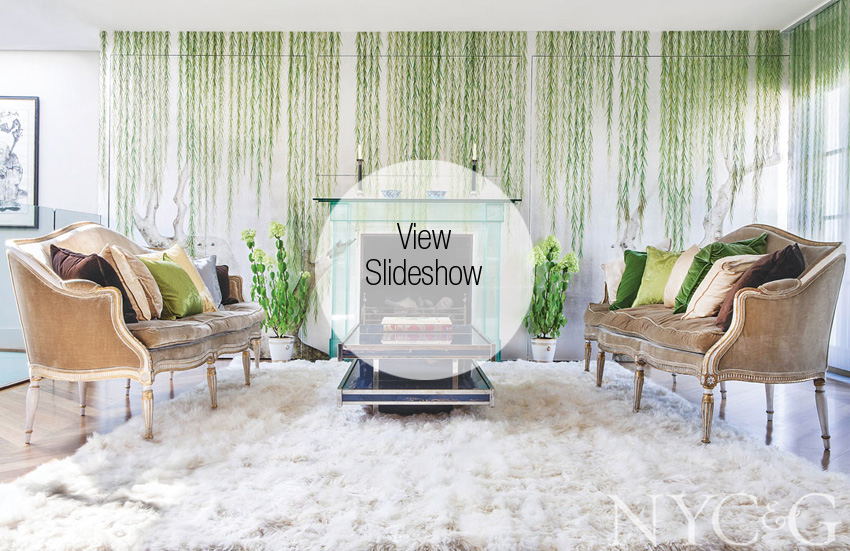 The dining room’s glass staircase leads to Cecil Gurney’s office, which features a handsome French Art Deco desk surrounded by shelves filled with porcelain and a de Gournay chinoiserie wall covering. Glass tiles also allow light to flow into the master bathroom, which is whimsically papered in a dark de Gournay chinoiserie print cluttered with Old Master–style still lifes. Cecil Gurney “always has a lot of interesting books on chinoiserie and French literature on his desk,” Rachel notes admiringly. “And he loves hanging paintings over paintings. He’s not afraid to mix patterns.”

Topping off the upended home is the living room, which features a blue glass fireplace surround that amplifies the room’s George III sofas and willow-print wallpaper. The most whimsical touch, though, is the Peruvian alpaca-skin rug on the floor, popular with both humans and canines. “My dog, Lollipop, has eaten a bit of that one,” Cecil Gurney says with a chuckle. “She quite likes it.”

All this propensity for play seems at odds with a man who once worked as an accountant, but Cecil Gurney reports that his mother, who worked in the Oriental rug and textile trade, encouraged him to follow his hidden passion for decor. (The firm’s name, de Gournay, is actually the original spelling of the family name: His ancestors changed it after moving to England during the Norman conquest, in 1066.) “My mother was the person who inspired me to do this, and every bit of it comes from her,” Cecil Gurney says. “Without her, there’d be nothing.”

A version of this article appeared in the December/January 2017 issue of NYC&G (New York Cottages & Gardens) with the headline: London Calling.