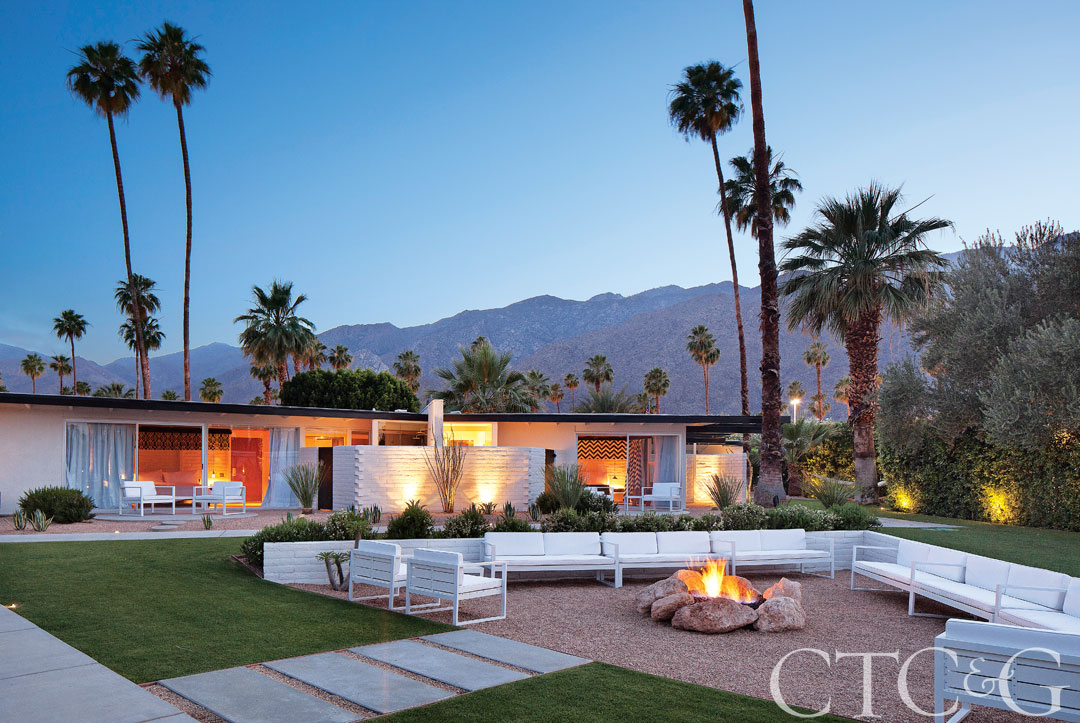 Architecture isn’t always sexy, but in Palm Springs it sure is. And, these days, a recently revitalized trove of midcentury modern houses, hotels and public buildings is tempting winter-fatigued northeasterners to take another look at this classic Southern California desert oasis. (JetBlue’s new five-day-a-week nonstop seasonal flights between JFK and PSP don’t hurt either.)

“The glamour is back,” confirms local design expert and guide Michael Stern (themoderntour.com), who wrote a book and curated a museum show on Julius Shulman’s iconic photographs of the city’s homes not long ago. “It really is the fabulous architecture”—the largest concentration of midcentury modern buildings in the world—“that brought about the renaissance of Palm Springs,” Stern says. 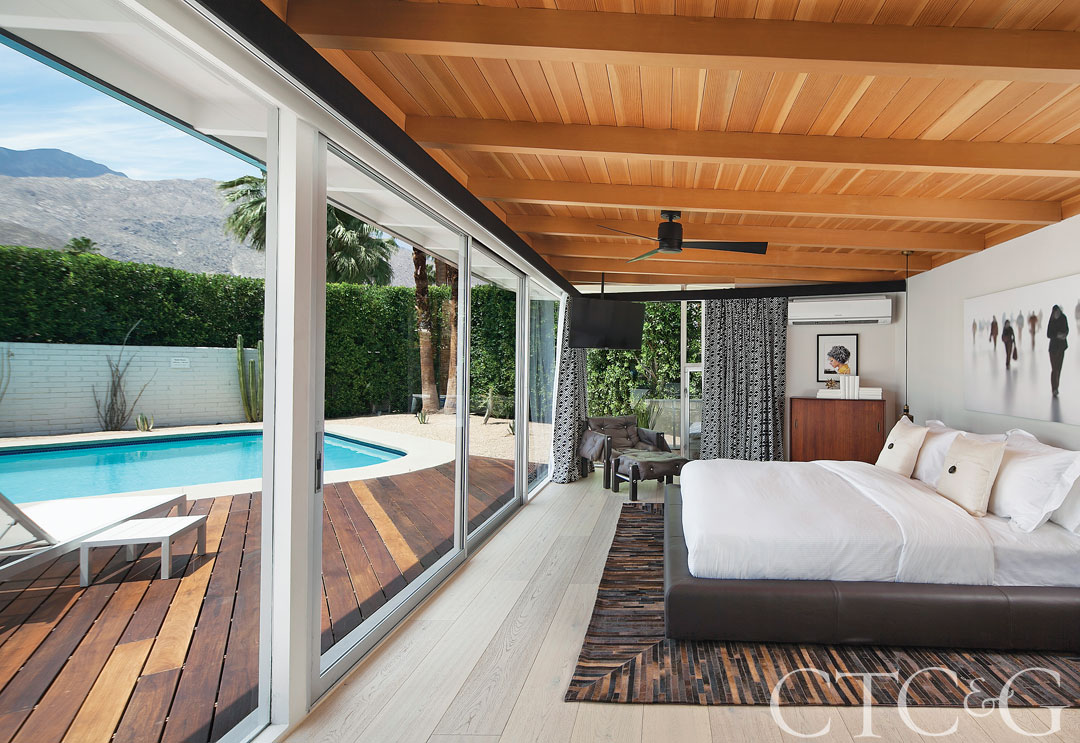 And it is a renaissance. Palm Springs got its start as a chic retreat about a hundred years ago, quickly becoming a go-to getaway for Hollywood legends. Bob Hope, Dinah Shore, Elizabeth Taylor—and scores more—all had houses here, firmly planting the destination in the mind of the public as a playground of the rich and famous. The city fell out of favor during the recessions of the ’70s, ’80s and early ’90s. But as the midcentury modern style has been rediscovered, growing in both popularity and value, so too has Palm Springs, especially in the past few years. 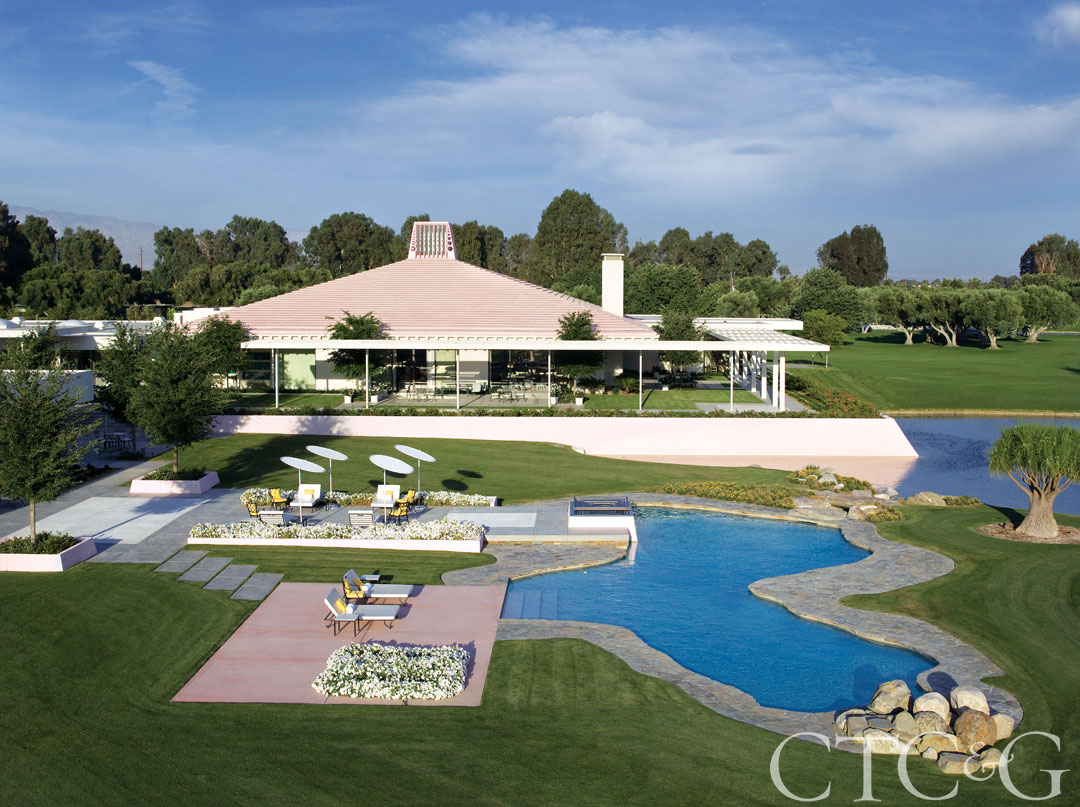 In May, Louis Vuitton unveiled its 2016 resort collection at the flying saucer–like Bob and Dolores Hope Estate, designed in the late 1970s by John Lautner, one of the biggest midcentury names in town. (It’s for sale for a cool $25 million.) The year before, Leonardo di Caprio bought Dinah Shore’s clean-lined 1964 house, the creation of modernist icon Donald Wexler, and it’s now available for vacation rental (432hermosa.com), as is, recently, Liz Taylor’s former home, violet satin sheets included (ps4rent.com). 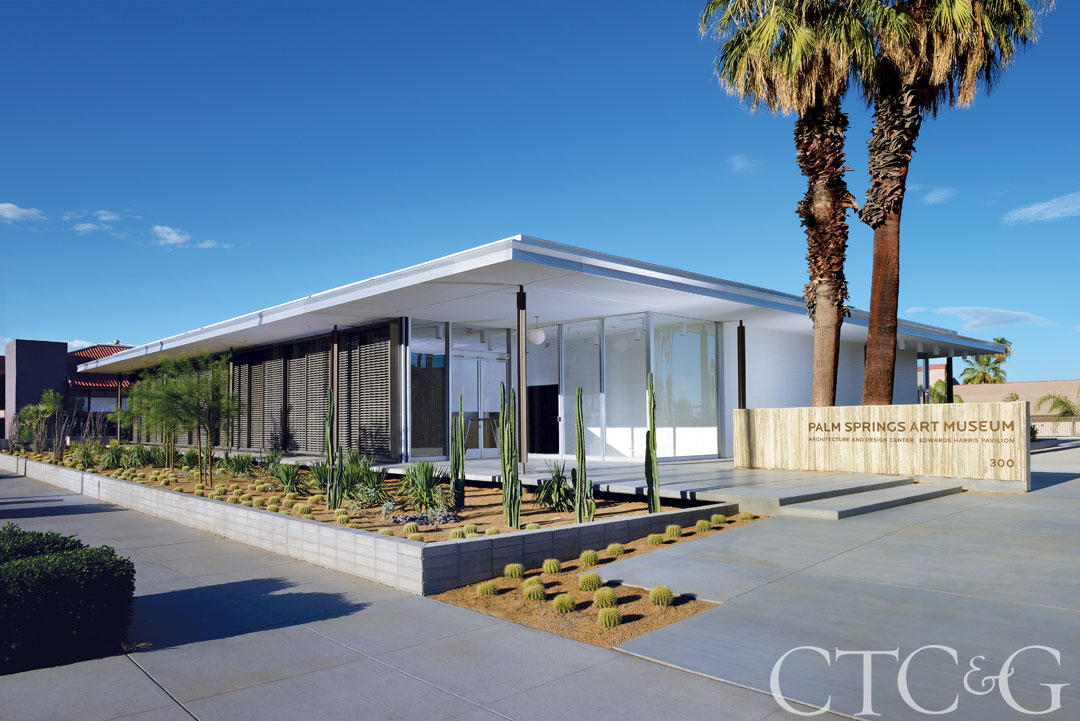 Beyond homes and hotels, 18 months ago, the Palm Springs Art Museum debuted its Architecture + Design Center in E. Stewart Williams’ Santa Fe Savings & Loan glass pavilion (psmuseum.org). Ask the museum’s architecture and design curator Sidney Williams (E. Stewart’s daughter-in-law) why now’s the time for architecture fans to come to the city, and she’ll tell you it’s “because there’s such a great variety of places to visit.” But don’t try to get her to list just one midcentury sensation. “The Frey House, the Cody buildings, Wexler’s steel houses, the airport…. I could go on and on,” she exclaims. “I’m a fan.”

A version of this article appeared in the March 2016 issue of CTC&G (Connecticut Cottages & Gardens) with the headline: Palm Springs Heats Up.