The holiday season means different things to different people. But, for Realtors, it's the time of year when sales start to dwindle. Knowing that December is the market's last gasp, we've rounded up the best of the bunch...


The holiday season means different things to different people.
But for Realtors, it’s the time of year when sales start to dwindle, then simply stop until the spring traffic crops up midwinter. Knowing that December is the market’s last gasp, we’ve rounded up the best of the bunch for your consideration. Happy holidays! 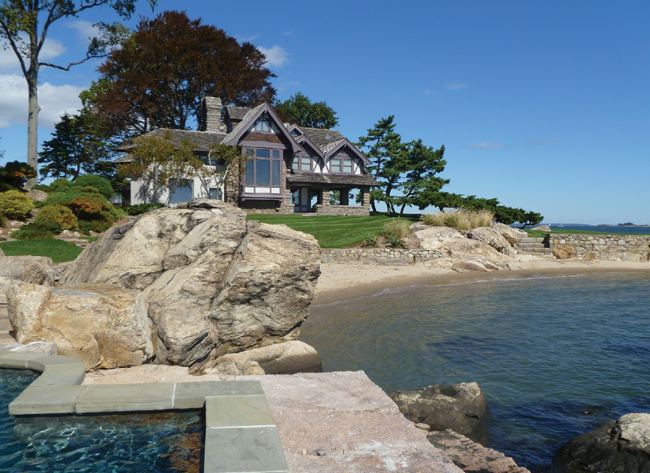 Tavern Island
$12.9 million
Rowayton
Legend has it that the “tavern” in the moniker Tavern Island is literal: During Prohibition, the 3.5-acre property, located about a half-mile off Wilson Point, may have been used as an offshore watering hole for rumrunners and other thirsty sorts. Better documented is the fact that impresario and lyricist (“It’s Only a Paper Moon”) Billy Rose bought the place in the 1950s, which drew such notable names as Barbra Streisand and Margaret Sullivan. And unlike many of Connecticut’s private islands, this one can be inhabited year-round thanks to an underwater utility system—bringing in city water and electricity—servicing the circa-1900 Tudor-style home. The main house also offers six bedrooms, four bathrooms and three half bathrooms. On the grounds, there’s a pool, several sandy beaches, an Asian-style teahouse, and a Tudor-style boathouse with a game room, bedroom and bathroom and, of course, a dock. The only way to get into town is by boat. There is also a sizable private dock on the mainland with a garage accommodating 15 vehicles. Oh, and did we mention the views? “Tavern” goers enjoy sunrises and sunsets over the water, and on a clear day you can see Manhattan. Doug Werner of William Pitt Sotheby’s International Realty in Darien and Rowayton has the listing. 203-962-2601.

Compo Colonial
$1,799,000
Westport
We love this listing because it makes for such a great renovation story. The now nearly 6,000-square-foot home was once a modest, circa-1940 cottage measuring less than 1,800 square feet. Listed last year at $670,000, it was quickly snapped up and treated to a best-of-everything renovation. For starters, there’s now an entry courtyard and a gracious front porch that gives access to the double-height, wood-paneled foyer and vaulted-ceiling living room with a lovely hearth. The kitchen is all-new, too, featuring an oversized island and walk-in custom pantry. There are five bedrooms and five full bathrooms (plus one half bathroom) including a master suite with a fireplace, walk-in closets and a freestanding slipper bath. Leslie Smith Clarke of William Raveis in Westport has the listing. 203-984-1856.

Movie Director’s Compound
$12.9 million
Redding
Oscar-winning director Barry Levinson’s best-known films—Diner, Tin Men, Avalon—take place in Baltimore, where he grew up. But his longtime home is on more than 40 acres in Redding. Levinson built this 10,000-square-foot manse on property he purchased from the founder of Cannondale Bicycles, then continued to buy the land around it. The result is a true compound including a 2,500-square-foot antique guesthouse that offers three bedrooms, a full kitchen and a fireplace, as well as a pool, spa and cabana. For sporting types, there’s a stocked pond, a tennis court and equestrian facilities featuring a four-stall horse barn, paddocks and a mile of private trails. And then there’s the cedar-shingled, 17-room main house with more room to rest—seven bedrooms and 10 bathrooms—work and play including, as is customary for Hollywood types, a screening room and a film production studio. Listed with Halstead Property, this home went into contract at press time. 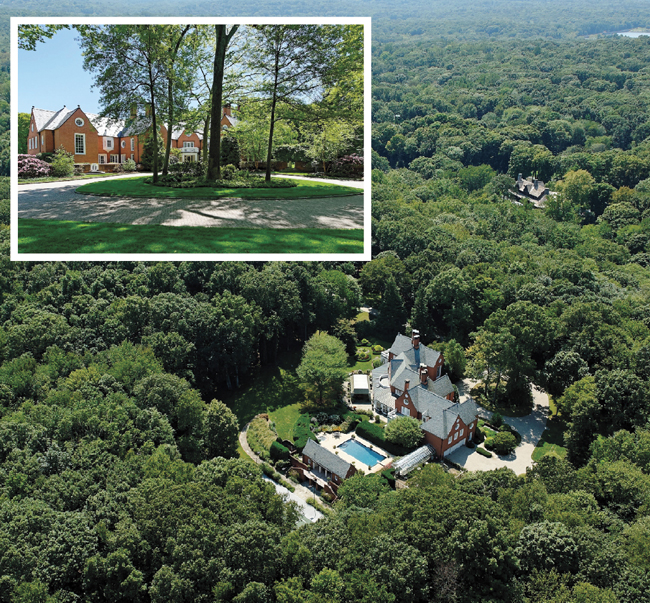 New Canaan Compound
$10.8 million
This 11-acre estate is a gardeners’ paradise. Unusual for homes in our state, it comes with a greenhouse designed for cultivating orchids, as well as formal English gardens and kitchen gardens with beds for vegetables and herbs. The rolling lawns feature a pool, pool house and spa, a party pavilion and a tennis complex. There’s more fun to be had inside the 11,000-square-foot main house with its home theater, billiard room, gym and game room. An elevator services all four levels, which offer eight bedrooms and eight bathrooms, along with three half bathrooms. Arlene Bubbico of Coldwell Banker in New Canaan has the listing. 203-984-2327.

New Canaan Manse
$4,999,000
Here’s a 22-room estate that will bowl you over—and not only because it comes equipped with professional-style bowling lanes. In the fun department, the nearly new (built in 2010) home also has a theater, fitness room, billiard room, wine room, full bar and a kids’ playroom located directly off the kitchen. And the kitchen is a little slice of culinary heaven in the way it doubles up on amenities: There are two islands, two dishwashers, and two full-size refrigerators and freezers, along with a Wolf cooktop and a butler’s pantry. Additional family-friendly features include a family room with a fireplace, an elevator connecting the three floors, five bedrooms, eight bathrooms (plus one half bathroom) and a second-floor laundry room. And when winter settles around us in earnest, the room to spend that season in is the double-height, wood-paneled library with a fireplace and a wet bar. Susan O’Rourke and Bettina Hegel of Halstead Property share the listing. 203-979-1181 and 917-842-3349. 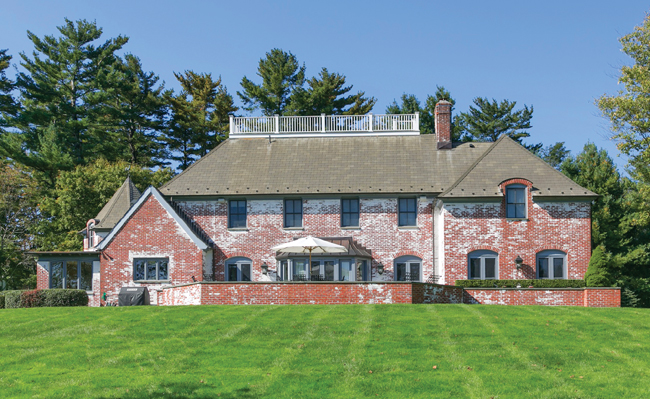 Greenfield Hill Estate
$3,850,000
Fairfield
This handsome, whitewashed brick manse looks as if it has graced its grounds for a century. In fact, it was built in 1979 but “stripped to the studs” (we love that expression) for a $2.5-million renovation, inside and out. The most dramatic feature on the 4.3-acre property is a rotunda-like tower—also built with whitewashed brick—that houses guest quarters on three levels, serviced by a spiral staircase. There’s also a new pool, pergola and terrace with an outdoor kitchen. The main house exteriors feature gorgeous, French styling with slate roofs, ornate wrought-iron gates and rooftop railings. Inside, find ornately carved fireplace mantels—in marble and mahogany—French doors, nine-foot ceilings, Venetian plaster and other high-end fixtures and finishes. There are also five bedrooms and three bathrooms (plus three half bathrooms). Andrew Whitely of Fite Shavell and Associates in Fairfield has the listing. 203-258-1595