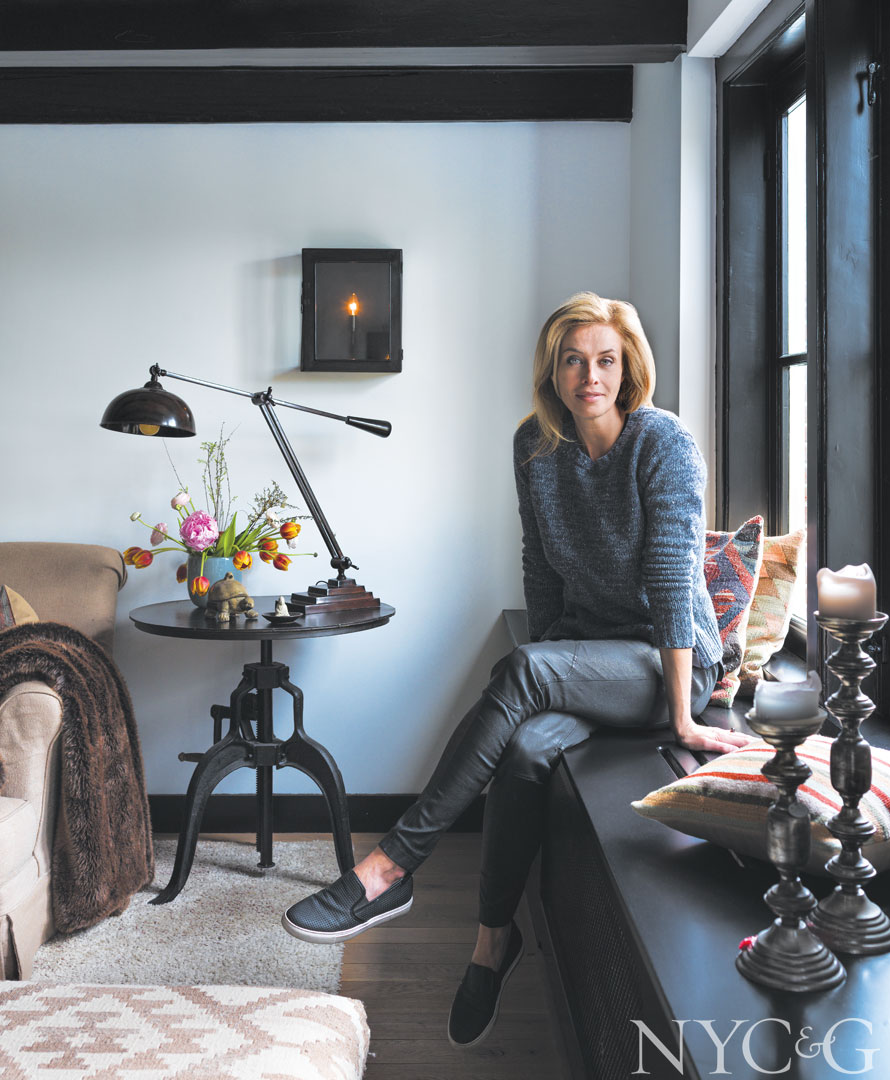 “Amsterdam is like stepping back in time,” Frederique van der Wal says. “It’s always home for me, like I’m going back to my roots.” It’s a telling statement, as the Dutch supermodel has led a peripatetic life, traveling the world for work and living principally in New York City for 28 years. But Amsterdam is where she feels most grounded.

In 2012, she found her condo pied-à-terre here in a converted 17th-century canal house, a onetime warehouse dating from the city’s Golden Age. “I had always hoped to be on the water,” she says of the location on one of Amsterdam’s best canalside streets. The interior hadn’t been changed since the 1980s and featured dated colors (brown meets orange) and yards of wall-to-wall carpet. She left the layout much as it was, merely opening up the space a bit, especially in the kitchen. She painted the massive original ceiling beams glossy black, even though “they say it’s hard to live in northern countries where the light is gray and it gets dark at 5 p.m.”

Her solution: lots of candles. “Candles are very important to me, and they’re everywhere,” particularly in the living room, which is softened by a “big deep couch and lots of thick carpets.” Offsetting the graphic black-and-white palette are touches of her favored “muted, dusty colors,” like gray and mauve. “And I like putting together antiques and newer pieces,” she says. “If it’s too modern, it’s not inviting to me.” There are also lots of plants and cut flowers—she’s Dutch, after all—and natural wood in abundance. “I love wooden tables because they’ve lived—they’re not all perfect and shiny. They’re organic and grounding and warm up the space. A house should be a sanctuary.” A window seat provides her with a quiet perch for gazing at the houses across the canal, and every morning, birdsong emanates from the courtyard-like garden in the back of the building, where her bedroom lies. 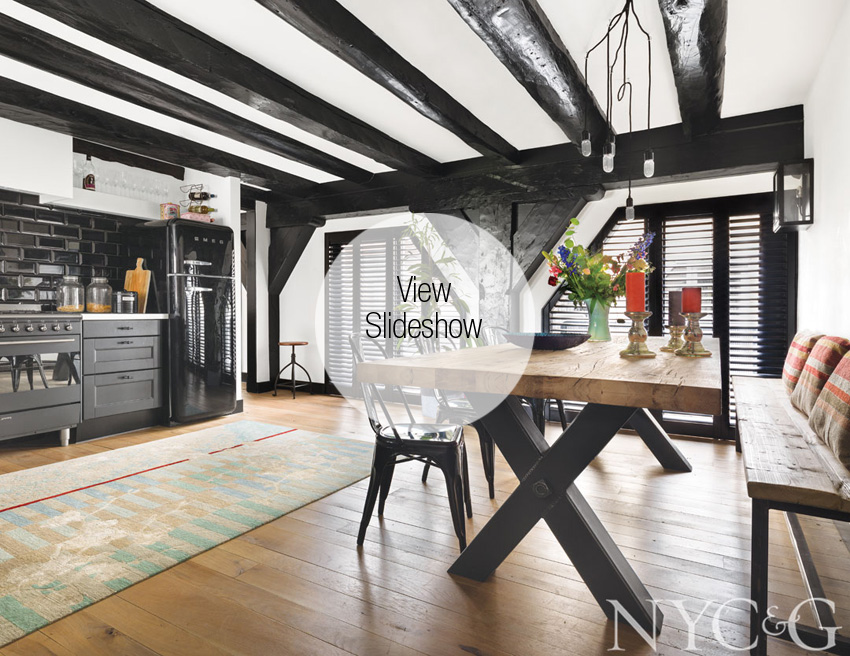 During her lengthy career, the 49-year-old model has graced magazine covers (Cosmopolitan, Vogue, Sports Illustrated’s famed swimsuit issue) and been the face (and bod!) of campaigns for Revlon, Guess, and, most famously, Victoria’s Secret. “It was an amazing journey, and I’m so grateful to have seen the world—including lots of fantastic islands,” she recalls. “But it’s so different now. It’s a business, and so . . . instant, though I like a lot of the fashion today—anybody can have a voice.” Her 16-year-old daughter, Scyler Pim van der Wal Klein, is considering giving the field a try, which the elder van der Wal is okay with, although she herself has now transitioned from modeling mostly to TV, hosting and producing the Discovery Channel show The Invisible Journey, which traced the route of flowers—from fields in Africa to Dutch auction houses to vases at Manhattan galas. She also co-hosts Homegrown Makeover with Frederique and Carter (Oosterhouse) on the FYI Network, where the pair demonstrate how beautiful flora can give life to interiors.

“I’ve always lived with flowers,” says van der Wal, citing the famously Dutch preoccupation. “In Holland, they are a part of your everyday life. They can change your mood.” In 2005, her home country even named a flower after her—the Frederique’s Choice lily. (“Did you know it takes 10 years to create a flower?” she says.) On her lifestyle site of the same name, us.FrederiquesChoice.com, she blogs about the joys of beekeeping and planting blackberries and has taken her green thumb even further with a line of gorgeous mail-order bouquets. The biodegradable bamboo vase and canvas tote that ship with the cut flowers are part of her green (read: environmental) ethos, an overarching goal to shorten the path from field to customer. Having recently linked up with a California farm, the Sun Valley Group, she will soon be selling her bouquets in the U.S. (she already does so in the Netherlands, Germany, Belgium, and other European countries).

The chief aim: bringing a little Gezelligheid—a Dutch term that loosely translates to a sensation of contentment and well-being—to a broader world. “New York is a great city, where you can realize your dream,” she says. “But in New York, people live to work, whereas in Amsterdam, people work to live. Here, the scale is so small, people are on bikes all the time and can go everywhere they want. It just feels balanced.”

A version of this article appeared in the December/January 2017 issue of NYC&G (New York Cottages & Gardens) with the headline: Frederique's Choice.