Inside the East End's Changing Retail and Restaurant Scene

The retail and restaurant business in the Hamptons ebbs and flows with as much force as the turbulent Atlantic. Here are the latest startups, switcheroos, and swan songs in the ever-changing East End real estate market, from east to west. 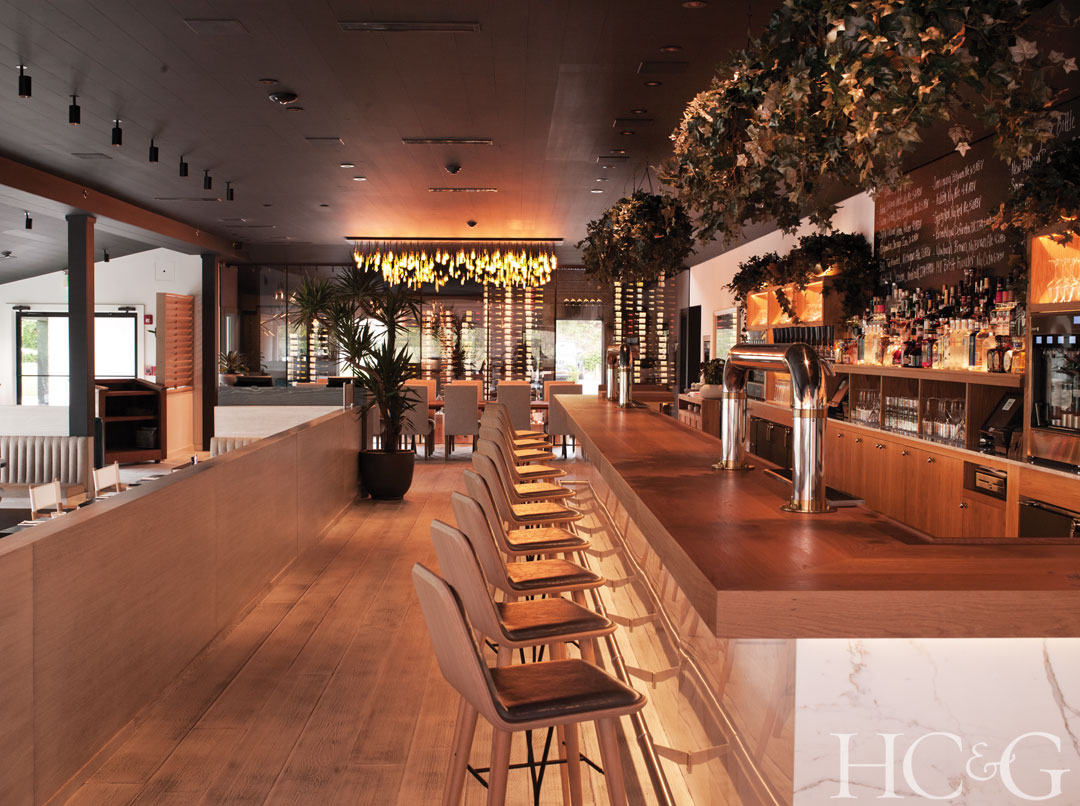 Montauk
Two hipster hot spots that were under fire last summer simply couldn’t take the heat anymore. A whopping 90-plus code violation charges ensured that Harbor, the year-old nightclub at 440 West Lake Drive, has had its last call. In its stead comes Grey Lady oyster bar, which has outposts in Nantucket, Aspen, and the Lower East Side. Rowdy Ciao by the Beach, at 240 Fort Pond Road, has clammed up and been replaced by upscale wine bar Arbor, run by Apollo Global Management co-founder and Duryea’s owner Marc Rowan. The charming but cramped Dave’s Grill is moving into the larger former Fishbar spot at 467 East Lake Drive. Rechristened Dave’s Gone Fishing, it will offer small plates and more seating. Meanwhile, Gabby Karan and Gianpaolo de Felice are reportedly looking to bring an outpost of Tutto Il Giorno to Montauk, possibly in Dave’s former digs at 468 West Lake Drive. 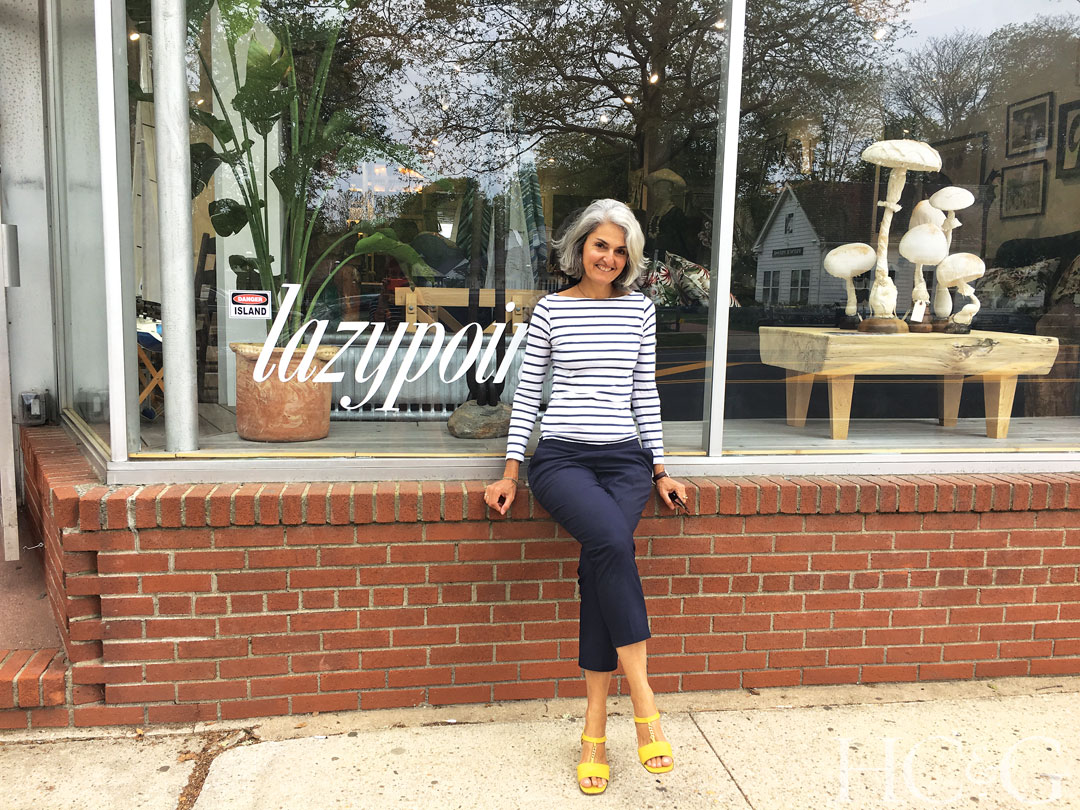 Amagansett
Crossroads Music, at 160 Main Street, has sung its last note. The store’s owner, Michael Clark, is working at Sag Harbor–based Cavaniola’s Gourmet, which now has an outpost in the former Miankoma space at 8 Main Street in the Square. The Bass Shoe Outlet at 14 Main Street got the boot, which left an opportunity for its neighbor Mandala Yoga Center for Healing Arts to expand its horizons and breathe even more deeply. Om. (The kids’ boutique Pink Chicken now occupies Mandala’s previous location at 156 Main Street.) Sylvester & Co. has vacated its space at 154 Main Street, making room for fashion and home decor boutique The Line to set up shop, and Ille Arts gallery and Lazypoint Variety Store have taken over the former LaCarrubba’s shoe and clothing store at 171 Main Street. 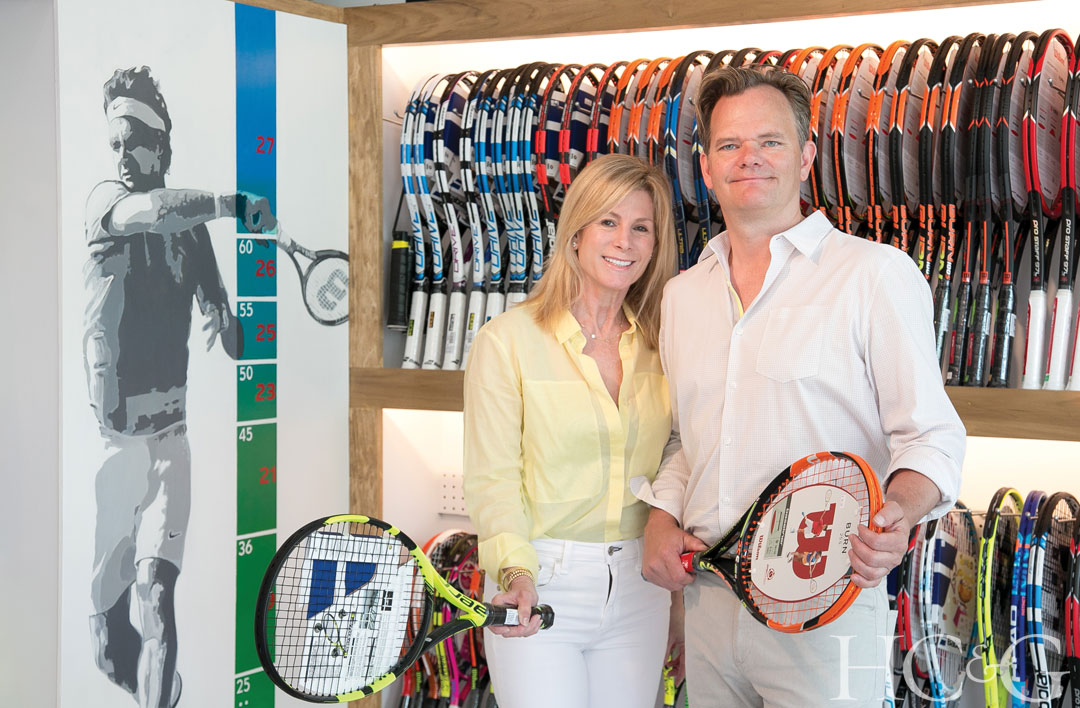 East Hampton and Wainscott
Greg Ammon has unveiled Big Flower at 23 Newtown Lane. Named after his late father’s Big Flower Press, the shop will sell ready-to-wear fashions for men and women that he has designed with his fiancée, Stacy Volkov. Down the street, at 17 Newtown Lane, Club Monaco has opened a store that will include its home line. Brunello Cucinelli is also expanding into home goods with a new shop at 55 Main Street, and Juice Press is squeezing even more business out of the Hamptons, with its third East End pop-up at 55 Main Street. Set Point Tennis, at 471⁄₂ Main Street, will offer equipment, apparel, and accessories in a sleek space designed by local architect Nick Martin. And if you’re looking for something a little more high-tech, Tesla is amping up its presence on the East End with a showroom at 50 Newtown Lane. Meanwhile, Jamaican jerk just didn’t cut it at Winston’s Bar & Grill, which has been shuttered to make room for American comfort food at the new Service Station, located at 100 Montauk Highway in Wainscott. Make that Thrice Upon a Bagel? In what could be called a schmear campaign, the fast-growing Goldberg’s Famous Bagels group has bought the former Twice Upon a Bagel location at 358 Montauk Highway. 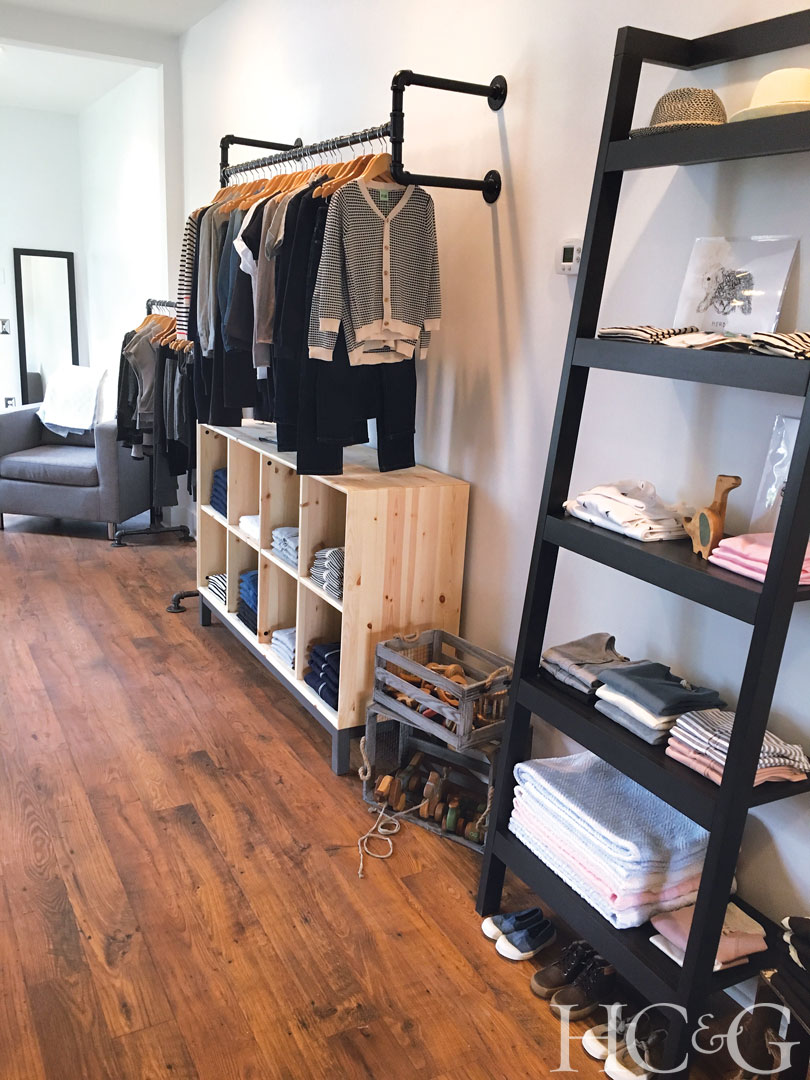 Sagaponack and Bridgehampton
Restaurateur Pierre Weber is expanding his French empire, buying out the seasonal Sagg General Store at 542 Sagg Main Street in Sagaponack. The newly renovated takeaway shop, rechristened Pierre’s, will remain open year-round. Speaking of Pierre’s, Weber has also launched a members-only after-dinner lounge, Pierre’s Upstairs, above his longstanding restaurant at 2468 Main Street in Bridgehampton, where new neighbor Ethel + Row, Vanessa Hamer’s upscale kids’ clothing shop, is now open for business at 2397 Main Street. Fresh, at 203 Bridgehampton–Sag Harbor Turnpike, has gone past its expiration date, to the dismay of health-conscious eaters everywhere, and down the street, at 1 Bridgehampton–Sag Harbor Turnpike, top chef Tom Colicchio has parted ways with Topping Rose House. Enter marquee chef Jean-Georges Vongerichten to save the day—although who knows how much French fairy dust one little village can take? 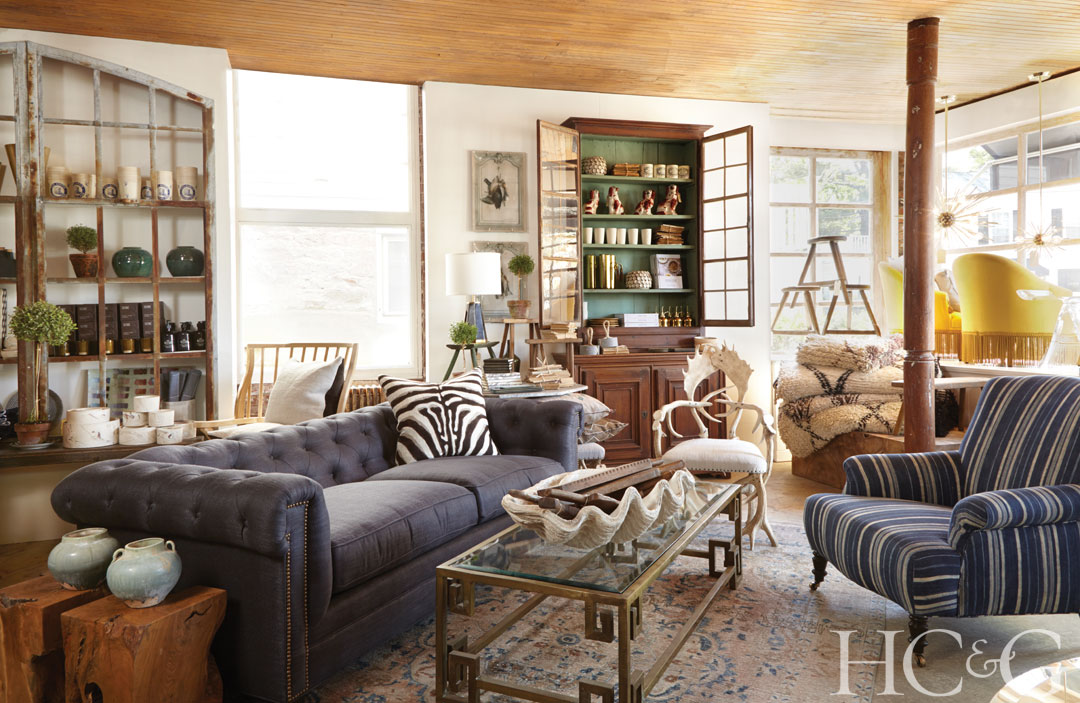 Sag Harbor
Chicago-based decor brand Jayson Home has opened a pop-up at 3 Madison Street, and village stalwart Espresso, late of Division Street, has perked up again as Espresso da Asporto, at the 2 Main Street space where Cigar Bar’s flame finally burned out. Adding a jolt to the competition is Amagansett java joint Jack’s Stir Brew, which has established a new location in the former Juicy Naam spot at 51 Division Street. But enough coffee talk. The big news in town is that Maria and Larry Baum, founding partners of the village’s much-loved Tutto Il Giorno, have taken over the space at 6 Bay Street to launch Dopo la Spiaggia, a new restaurant with a more healthy bent, while billionaire Ron Perelman is rumored to be opening an East End outpost of Le Bilboquet in the former home of Harlow East and B. Smith’s at 1 Long Wharf. 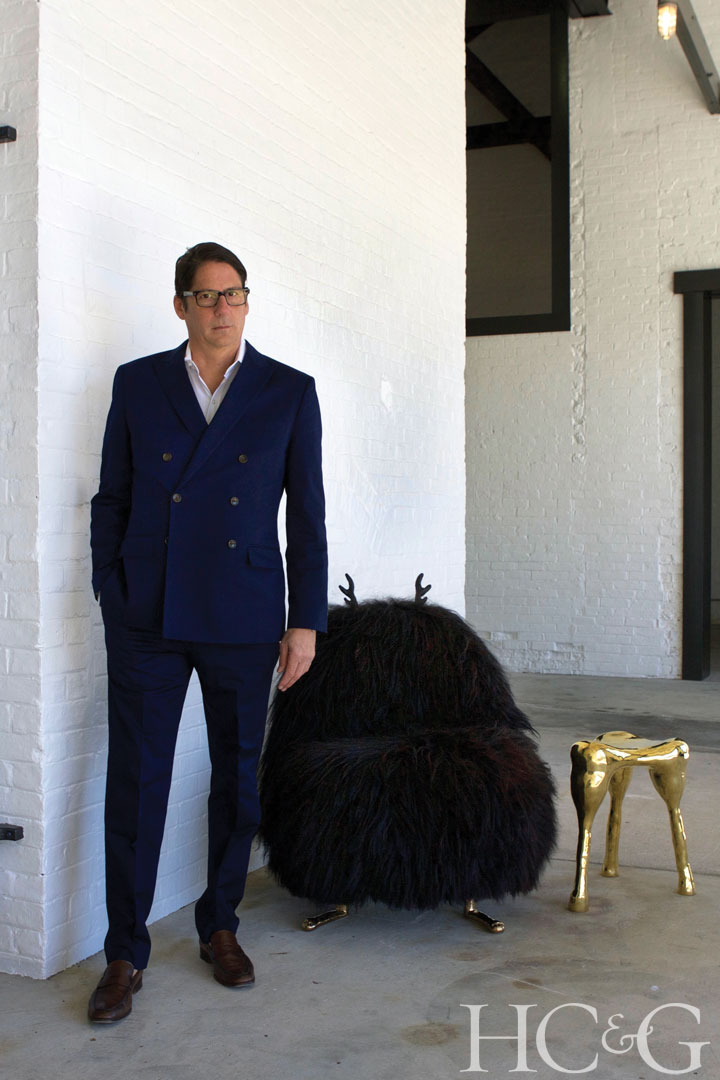 Southampton
The Southampton Publick House restaurant and brewery has moved out of 40 Bowden Square—where high-end Mexican eatery Union Cantina has just said ¡Hola!—and into 62 Jobs Lane, the longtime former home of the Driver’s Seat. Zach Erdem, owner of 75 Main, is taking over 1 Oak nightclub at 125 Tuckahoe Lane as well as 136 Main Street, the erstwhile digs of Nammos, where he plans to open a hotel, nightclub, and Kozu (rhymes with Nobu!), a Japanese restaurant. The Jue Lan Club is praying for an auspicious Year of the Monkey as it settles into 268 Elm Street, where Circo’s, Delmonico’s, and Savanna’s all went bust. The Southampton Inn, at 91 Hill Street, has a new all-day eatery, Café Klyde, and on the retail front, the luxury floral brand Ovando is counting on the sweet smell of success at 52 Hampton Road. n : Philanthropy apparel has partnered with The Real Housewives of Beverly Hills star Kyle Richards to launch a shop-in-shop within Kyle by Alene Too at 5 Main Street, along with returning pop-up Current Home. Interior designer Jeff Lincoln’s Collective is open at 200 North Sea Road, and Torsten and Christine Heincke have joined the fray with Couture Outdoor at 18 Windmill Lane, although nearby English Country Antiques has closed (its Bridgehampton location will remain open). And Barry’s Bootcamp has arrived at the corner of Flying Point Road and Route 27.