Inside the Oh-So Stylish Home of a Young Designer 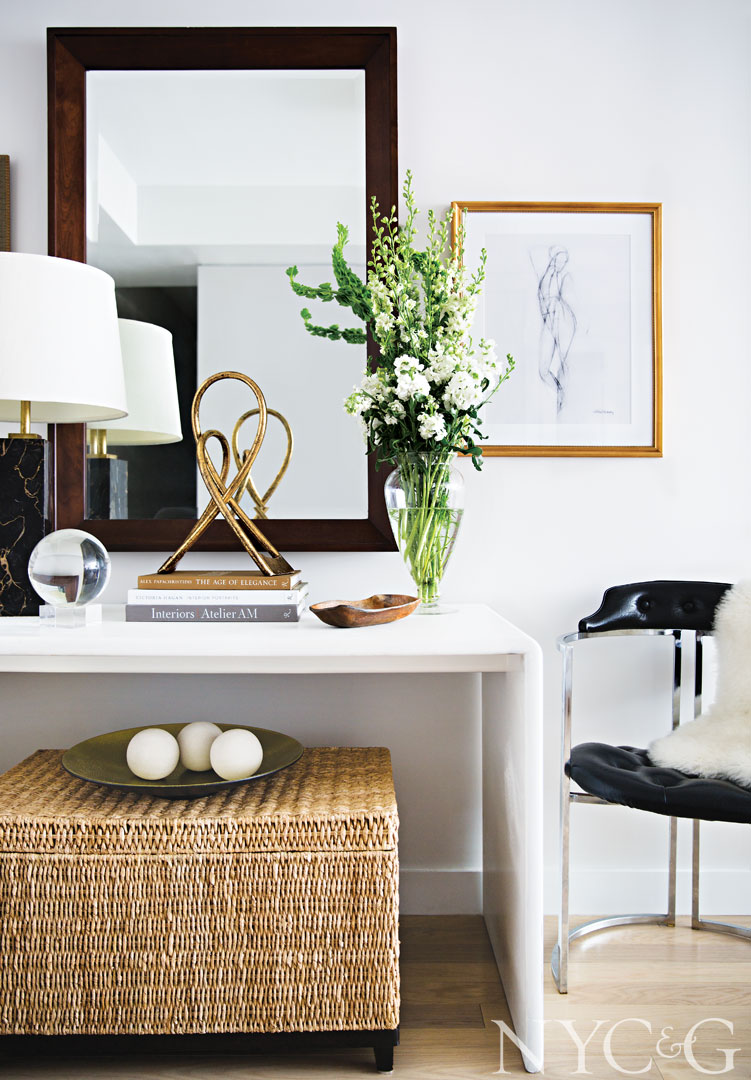 On a steamy July morning in 2015, Grace Rosenstein and her husband drove an overstuffed U-Haul 800 miles from Chicago to their new apartment on the Upper East Side. “It was a fun surprise and an adventure to move to New York,” recalls the decorator, who opened her eponymous firm the same year. “But it happened so fast, it felt like a whirlwind.”

The young couple had relocated to Manhattan for Rosenstein’s husband’s job, although she reports that they were “ready for a change after living in Chicago for several years.” Plus, they finally had an excuse to part with outdated furniture and college detritus that had accumulated over time. In their new digs, Rosenstein set out to create a mature, sophisticated space with clean-lined furniture and a neutral color palette. “I love things that are classically designed, whether in fashion or interiors,” says Rosenstein, who attributes her aesthetic leanings to her mother, also a decorator.

Looking to incorporate “some serenity” into the post-move chaos, she first focused her attention on furnishing the 800-square-foot apartment’s master bedroom, enlisting her father, a custom homebuilder, to construct the bed frame and 13-foot-long headboard, which she upholstered in a dreamy off-white linen. “Because the headboard spans almost the entire length of the wall,” says Rosenstein, “it adds architectural interest and makes the bedroom feel larger than it really is.” Among the furnishings complementing the bed are a vintage French gilt bench covered in leopard velvet, which functions as a stylish place to hold books, and a large wingback chair that provides a comfy spot for relaxing. 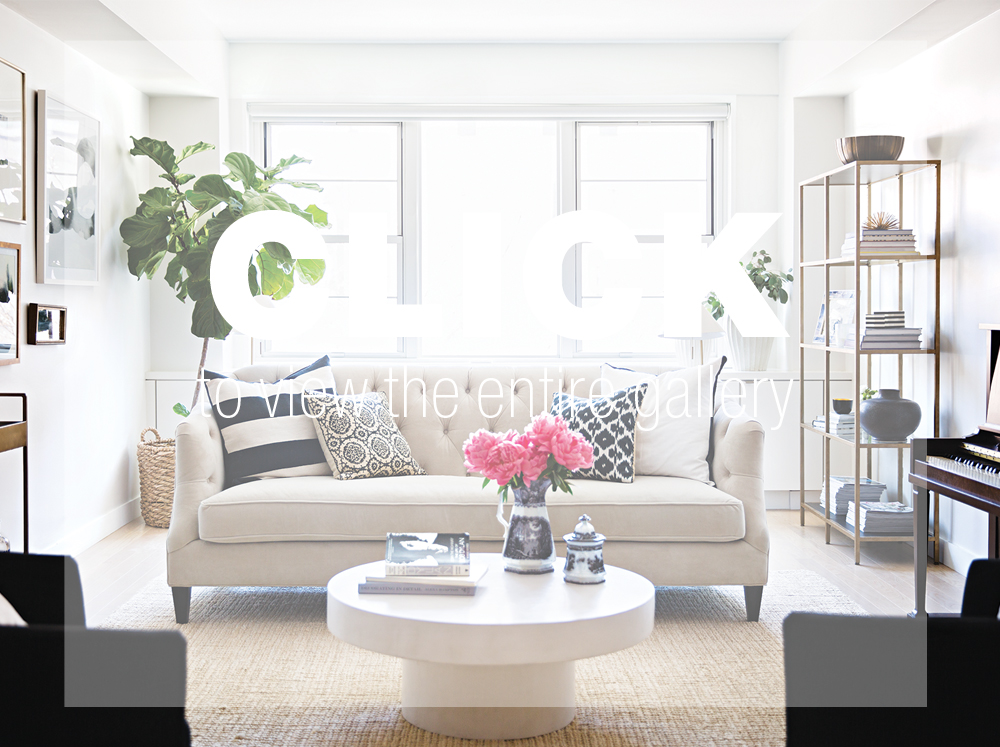 With space at a premium, the living room necessarily performs multiple functions. A large glass console behind the tufted velvet sofa serves as both a dining table in the evenings and a work surface at other times of the day, while a set of vintage Italian leather and chrome armchairs rotates as needed for dinner parties or extra seating in the living room. And there’s still enough space for the pièce de résistance: a vintage Melodigrand piano, a family heirloom that the couple received as a housewarming gift, now frequently put to use for impromptu sing-alongs. Completing the picture are other personal mementos, including illustrations by Rosenstein’s sister, a Brooklyn-based artist, and the designer’s own travel photography displayed on nearly every wall. “This apartment reflects how I design for my own clients,” Rosenstein says. “Personal and meaningful objects are what make a home feel really special.”

A version of this article appeared in the May/June 2017 issue of NYC&G (New York Cottages & Gardens) with the headline: Tiny Triumph.