Inside the Waterfront Home of Hamptons Mega-Broker Tim Davis 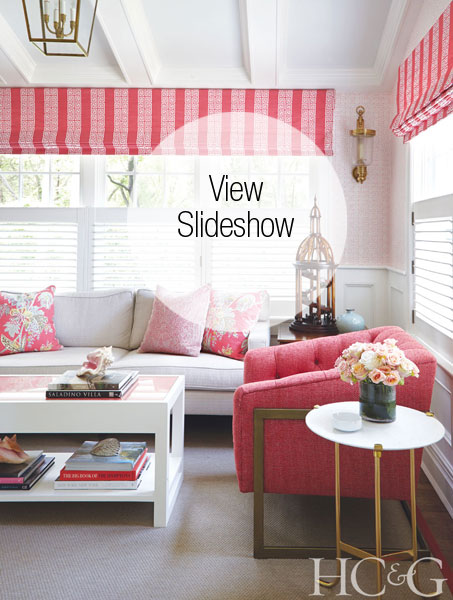 What exactly is home sweet Hamptons home? For one of the East End’s top real estate brokers, it is the cherished keeper of memories, the vessel that holds family and friends in comfort, and a reminder that there’s something out there that’s bigger than all of us. Nature.

Tim Davis and his wife, Susan, first discovered their waterfront oasis in Southampton in 1999. “It was vacant land and all overgrown,” Davis recalls. “But we knew it was a special spot—and besides, the body of water it’s on is called Davis Creek!” They hired architect John David Rose to build a traditional home for their family (including sons Jonathan, Christopher, and Andrew, now all in their 20s) and several dogs. They had found the location of a lifetime, with panoramic views of Peconic Bay and Robins Island, and wanted a house they could afford and that would grow with them over time.

As a broker, Davis has sold some extraordinary Hamptons homes, including the historic Gin Lane estate Wooldon Manor, which he has the distinction of selling twice in six months, to one buyer for $75 million, and then to another buyer for more than $81 million. When it comes to his own home, however, modesty is the operating factor. “I’m often inspired by what I see on the market,” he says, “but what I’m working with is so much different from what I’m living with. It was intentional not to build a mansion for ourselves. We wanted to build a home that we could live in and stay in for many, many years.”

Since time was not of the essence—a real estate rarity—Davis turned to decorator John Bjørnen to guide a series of interior and exterior style updates over the past nine years. “When Tim and Susan first built this house, their family was very young, and their needs and aesthetic were different,” Bjørnen says. “The house has always had great bones, but the amazing setting was begging for more. Our approach was to make it a little more gracious and stately, but for it to remain a family house. Nothing needs to be precious. Even if there’s beauty and luxury, they have to be balanced.”

To give the home character, Bjørnen added trim and shutters to the façade and enclosed the screened porch for year-round use. He also added interior paneling in various rooms and coffered the living room ceiling. Fabric choices throughout are durable and elegant—and necessarily sun-resistant, due to the many-windowed rooms. “There’s not a lot of silk, needless to say!” he adds.

Both client and decorator, now good friends, have enjoyed the long collaboration, but admit to a little push and pull over accumulated memorabilia and travel souvenirs. “We insist on incorporating memories into the house,” says Davis, alluding to the family’s various collections, which range from a considerable number of hotel ashtrays to a sculpture of a group of five elephants that reminds them of their own clan. “When we renovated the living room,” Davis adds with a laugh, “John selected certain family photos to put on the bookshelves and left out maybe 20 or so. My wife found the extra photos later and said, ‘I don’t care what it looks like, I’m putting them back up!’”

To be fair, decorator and client have shared just as many aha! moments, such as when Davis came across a painting by Friedel Dzubas, which a New York art gallery had staged at one of his Corcoran sale listings. He knew it was the perfect complement for the living room, and Bjørnen readily agreed. “It raises the bar in the room,” says the decorator, forever conscious of keeping the residence from becoming “a white palace or Hamptons beach house.”

Located at the end of a long gravel drive, the main house and pool overlook a beautiful rolling lawn, the creek, marshland, and a dock, a busy launching pad for paddle boards, kayaks, and a 20-foot Chris-Craft. And therein comes the nature part. “We really love the four seasons and seeing how the landscape changes throughout the year, with the marsh going from green to gold in the fall and dark in the winter, and then alive again in the spring,” Davis says. In fact, the setting inspired virtually all the decor choices, which Bjørnen decided on “from the outside in. For the living room, I wanted it to seem like nature was almost shimmering in the space, with shades of pale grassy green and silvery, almost aqua gray-blue. And in the sitting room, I had some extra fun, adding a fresh punch of coral.”

The house is in prime form in the summer, when the family enjoys entertaining outside on the ample stone terrace. “It’s very interesting to see people’s responses,” Davis says of customers and clients who come to visit. “They can’t believe the vistas and the sunset. It’s a treat to bring them into this beautiful natural setting, and they always appreciate it. Throughout my career, I’ve heard brokers walk into a new home and say, ‘This place is incredible—I can’t get over it!’ But I never leave a space feeling that way. It’s when I come home that I feel I have the best of everything.”

A version of this article appeared in the July 15, 2016 issue of HC&G (Hamptons Cottages & Gardens) with the headline: On Davis Creek.