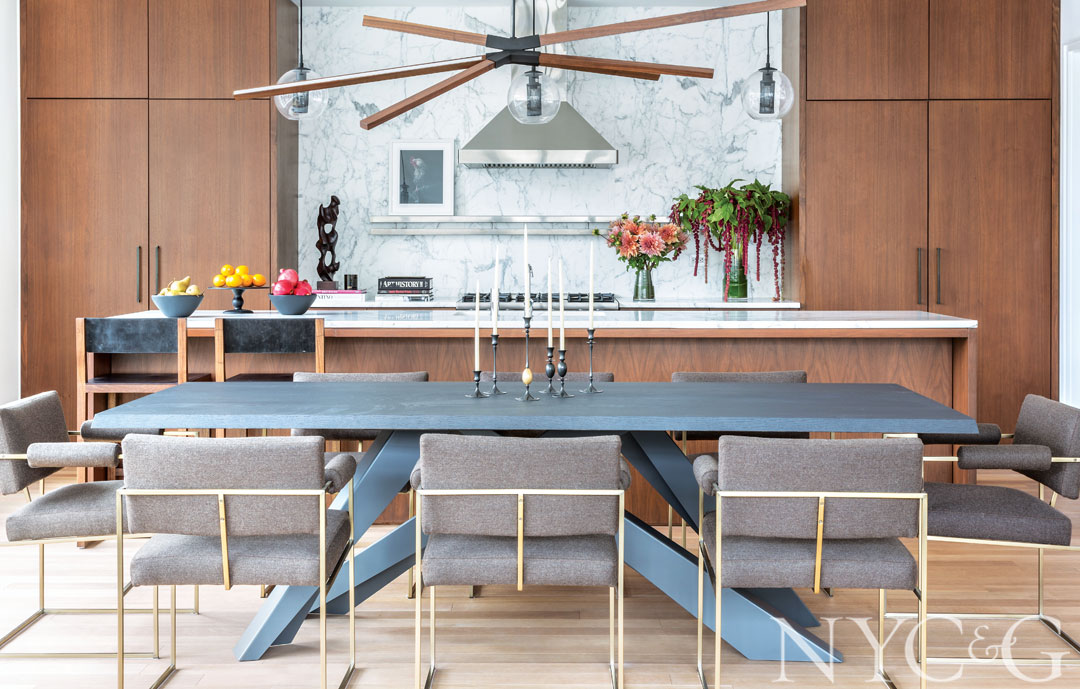 Like most art students, Bennett Leifer was fascinated by composition, color, and texture while he was an undergrad at Skidmore College. And like most art students, he didn’t pursue his chosen discipline after earning his diploma, working instead in public relations for nine months, followed by a year and a half with Polo Ralph Lauren, where he helped conceptualize the design of the brand’s retail stores. Further stints with such industry talents as architect Robert A.M. Stern and interior designers Juan Pablo Molyneux and Scott Snyder, among others, prepared him to launch his own company in 2013, where, not surprisingly, he was happy to become reacquainted with composition, color, and texture.

“Helping clients create backdrops for a lifetime of memories is very exciting to me,” says Leifer, a Long Island native whose firm has completed jobs in Los Angeles, Miami, Aspen, Hong Kong, and Paris, in addition to New York City. While the designer can deftly switch gears from a gilt-trimmed Neoclassical salon one minute to a slick, monochromatic aerie the next, balance is key in any interior he dreams up: “My aesthetic runs the gamut, but it always comes down to beautiful, elegant rooms done in a very restrained manner.” 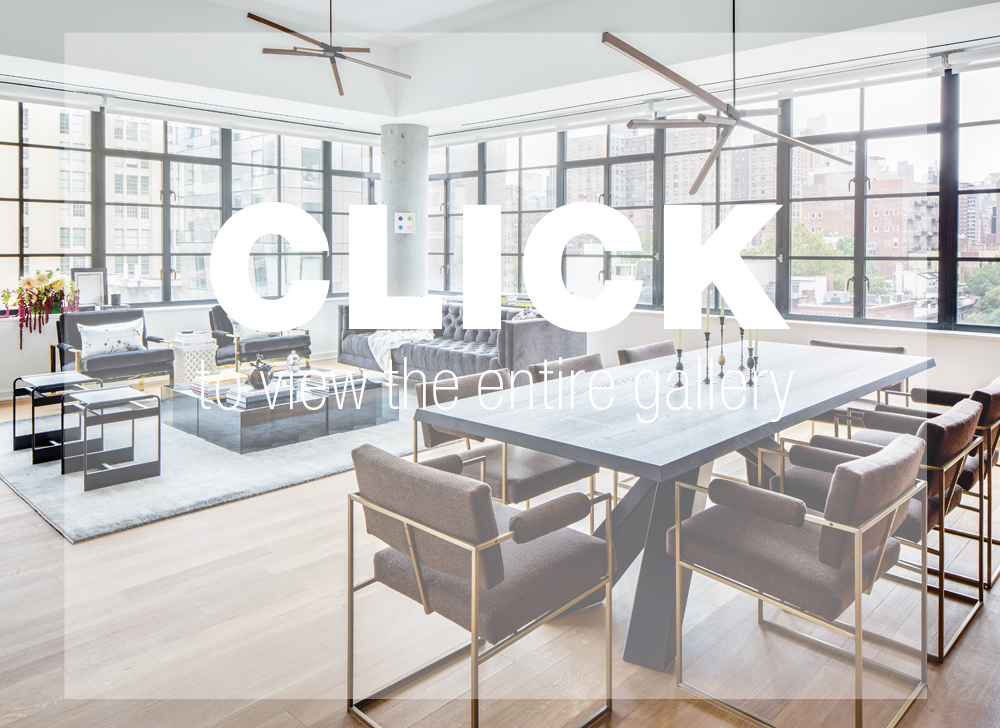 Leifer’s measured approach came in particularly handy when he was commissioned to decorate a young couple’s three-bedroom, three-bath apartment in a new development overlooking the High Line in Chelsea. The mandate for the project: a subtle palette with strong silhouettes—and very few curves. The wife, who has a background in fashion, “has an aversion to round things,” recalls Leifer. “It became such a joke that we still giggle about it.” Sticking mostly to the straight and narrow, Leifer began outfitting the home with sculptural, but simple, light fixtures, luxurious textiles, and a few pops of fun, such as the powder room’s pixelated floral wallpaper, a Designers Guild pattern that he describes as a cross between a Warhol and a Seurat. “I tried to honor what the clients wanted and remain true to the building’s architecture, while putting my own spin on the decor.”

The loftlike space also serves as an ideal setting for the couple’s art collection, which includes pieces by Fernando Mastrangelo, David Goldes, Maud Vantours, and Damien Hirst. “Because of my background, I love helping clients with art,” says Leifer, who suggested a work from Mastrangelo’s “Drift Mirrors” series to preside over the pale gray master bedroom. In the open living, dining, and kitchen area, light fixtures from DDC and low-slung, streamlined furnishings are intentionally minimal, so as not to distract from the buzz of the High Line down below. “The views are so spectacular that we wanted to draw the eye outside and keep the interior finishes clean.” The sleek scheme also echoes the spare aesthetics of the neighborhood’s world-renowned art galleries, further integrating the residence into its surroundings. “It was just a white box before, and it still has an aura of austerity, but in a very chic, livable way.”

A version of this article appeared in the March 2017 issue of NYC&G (New York Cottages & Gardens) with the headline: Elevated Elegance.