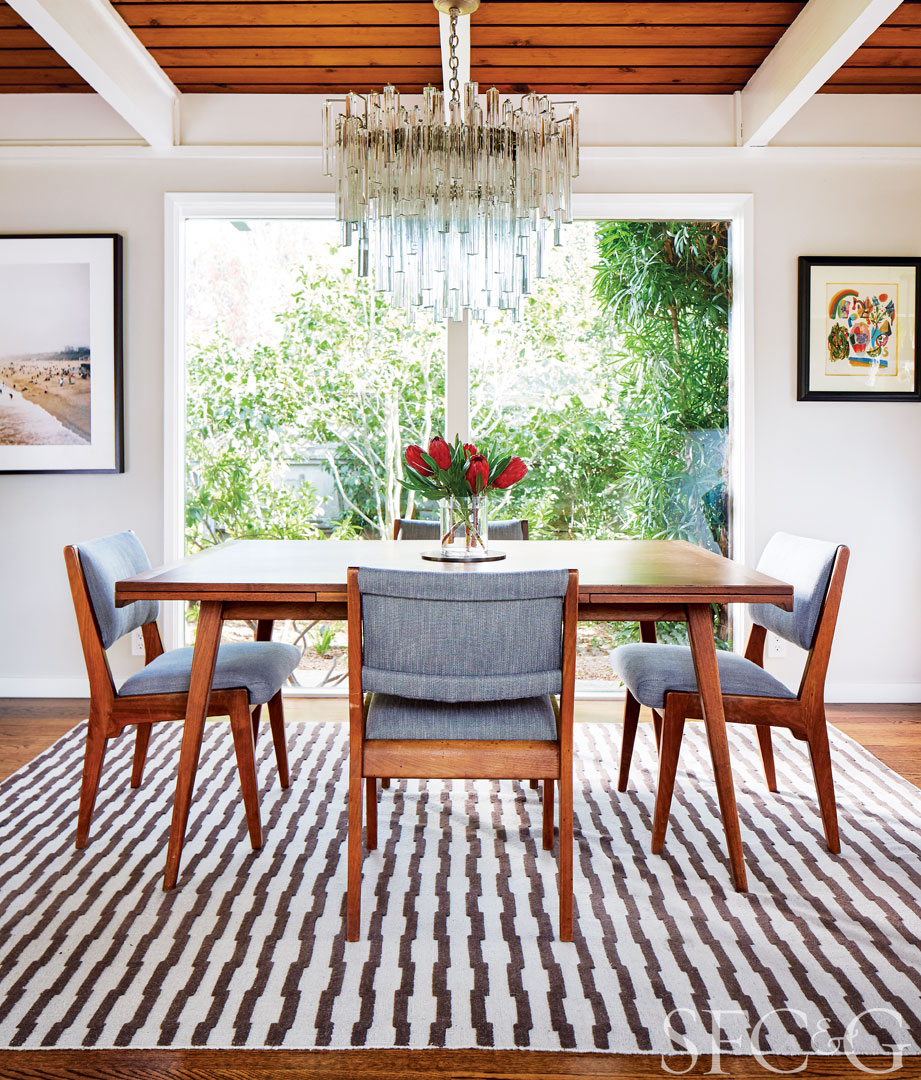 Interior designer Brad Krefman and husband Eric McFarland fell in love at first sight with the 1958 Mill Valley home. “We loved that it was secluded, had an abundance of natural light, and the layout was perfect,” says Krefman. It was an affair that almost didn’t happen, however, when the couple was outbid on the property. “We were devastated!” says the designer. But a few days later, they got a call: The offer had fallen through, and the house was theirs. “What’s the story of this house? What does it say about us?” asks Krefman. “Hopefully, that we’re relaxed, nature-loving, hospitable, very low maintenance and blessed.” Founder of his namesake interior design firm, Krefman’s vision for the home was, as he says, “to create the best version of it, and I think our success is measured by the fact that while we changed it to feel contemporary, everyone feels the roots of its midcentury construction.”

The 1,750-square-foot space had an open plan that Krefman felt needed no modification. “We just spruced things up, peeled back layers and respectfully updated things,” he says, as he recalls pre-renovation “Golden Girls” window shutters, popcorn stucco walls and a surfeit of linoleum floor tiles. “We sanded the walls and ripped up the wall-to-wall carpet, but we loved the redwood ceilings in every room. We paired them with new hardwood floors throughout, which made the interiors feel horizontal and streamlined.”

The earthy, midcentury-red color story seen throughout the house began with Campari-hued tiles that were found at the Sausalito Heath showroom and used to create the kitchen backsplash. “The color helped influence future decisions on the sliding doors and windows—which are lined with red—and became a throughline of the furniture, carpet and details,” notes Krefman. 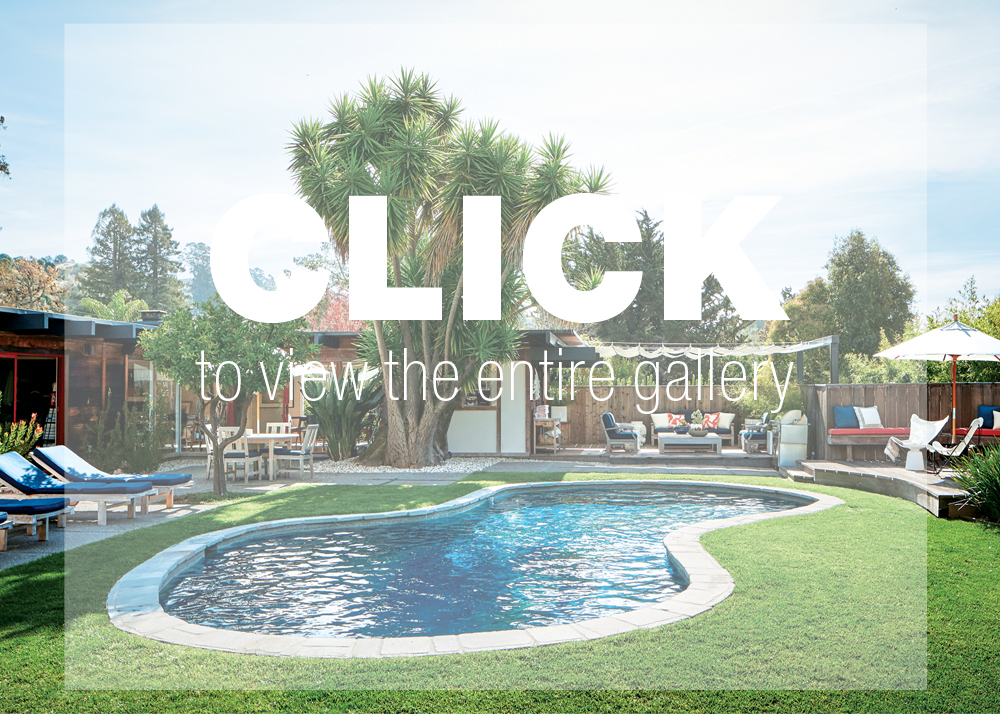 In the well-edited collection of furniture they’ve assembled, a love of midcentury design is apparent, but even though most of it nods to the period, it looks fresh and current. Krefman and McFarland are particularly fond of the late modernist Jens Risom—the designer of their credenza, bar cart, dining table and chairs—and Krefman drew inspiration from iconic textile designer Anni Albers’ work when he customized several geometric rugs with carpet couturier Mark Nelson. “All our decisions evolve out of shared affinities,” says Krefman. “And our belongings, everything we find on our travels or in shops from Brooklyn to Petaluma, illustrate that.”

After resolving the interior, the two turned to taming the woodsy landscape they inherited. Thanks to their care and cultivation, light now floods the yard (so much so that Krefman designed a retractable shade to temper the sun above the deck that serves as a multi-season sitting room). Concrete pavers and beds of gravel now delineate garden rooms. “Eric easily spends a couple of hours each day pruning,” says Krefman. “I shower outside for three quarters of the year, and that to me is one of the ultimate ways of communing with nature.” Krefman also orchestrated all the rotating floral color—the pink camellias, purple rhododendron, white daphne and orange bird of paradise—so it would complement the rich woods, textural fabrics and colors that characterize the inside of the home. Rows of leucadendron shrubs and pots of agave and succulent jade are also visible through several windows, creating a lush backdrop for the interiors.

Though the long driveway slices through neighbors’ backyards, the property itself feels private and contained. “During spells of good weather, we just park ourselves outside,” notes Krefman. “Friends and family are all aware of our open-door policy.” He is the resident bartender, while McFarland is an accomplished cook (who even prepares healthy meals for Hugo, their beloved French bulldog). With its inviting free-form pool, lone, sky-bound Yucca tree and low-lying architecture, the site evokes Palm Springs. “It’s fun when our home reminds people of one of our favorite resorts, which incidentally is where we got married,” says Krefman. “It’s one of the reasons we refer to this place as Shangri-La!”

A version of this article appeared in the April/May 2017 issue of SFC&G (San Francisco Cottages & Gardens) with the headline: Midcentury Idyll.