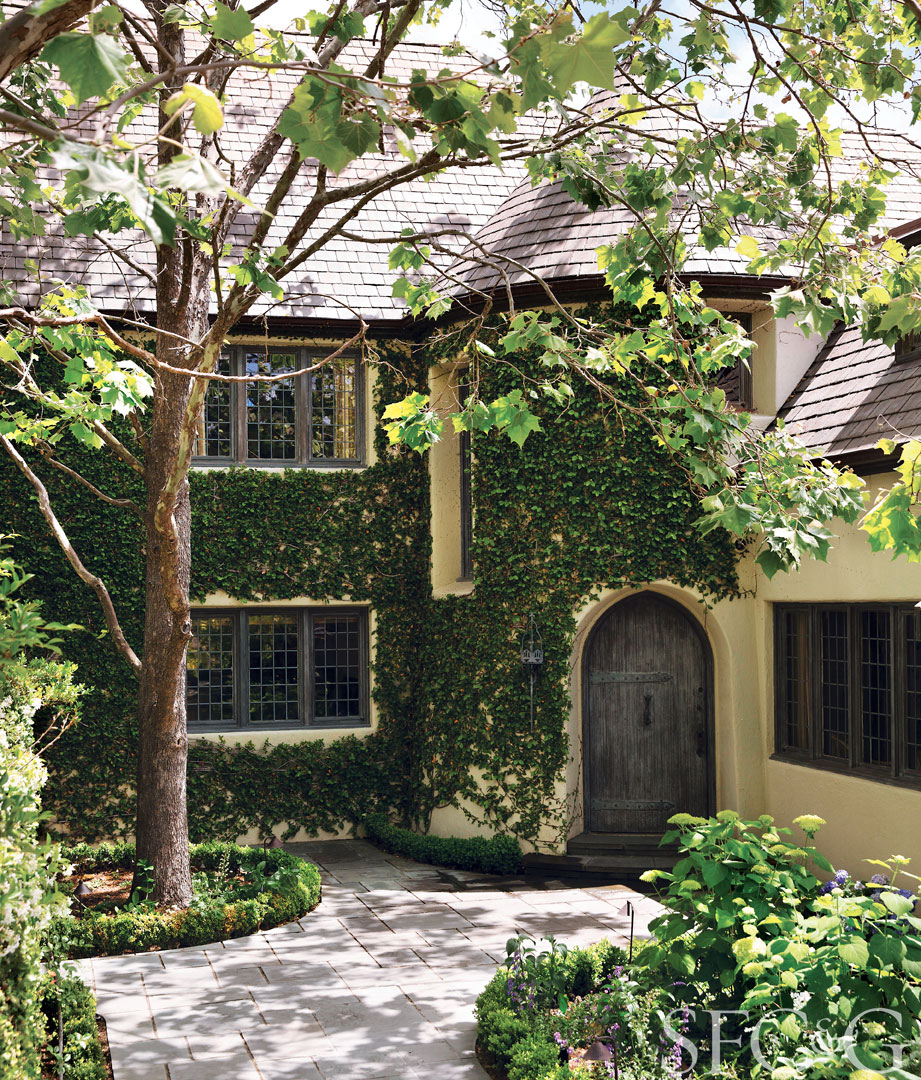 It was the lush, expansive landscape that first drew the current owners to the ivy-covered English Tudor in Hillsborough: From the formal entrance garden to the grand lawn, the romantic setting captured their imagination. The interiors of the 1930s home were equally gracious, with grand architectural gestures like a 20-foot-high great room with beamed ceiling; dining room with original mahogany paneling; and gothic arched doorways. And while they wanted to respect the history of the house, the owners also needed a contemporary, practical environment to support their young family. San Francisco designer Katie Raffetto delivered that and more: She created highly customized interiors that are stylish and livable, as well as sublimely connected to the landscape.

The project began with a comprehensive remodel that included the addition of two light-filled bedrooms and en-suite bathrooms, plus a spectacular chef’s kitchen. “The client inspired us to be the best we could be—it was wonderful to work with someone open to customizing everything,” says Raffetto. For the vestibule that leads to the formal dining room, for example, she originally considered Venetian plaster, but decided instead on a double-barrel vault arch. “Nothing was symmetrical, so we embraced that,” she explains. “We also added herringbone floors and the gothic arch leading into the dining room.”

The dining room is now a stunning entertaining space. Raffetto returned the stately room to its glory by refinishing the original mahogany walls, creating a backdrop for elegant evenings. Guests gather around a custom walnut and bronze Blackman Cruz dining table under a Murano chandelier; French doors swing open onto the wraparound terrace for cocktails alfresco; and a shapely, peacock-blue mohair sofa encourages friends to linger long after the meal is over. 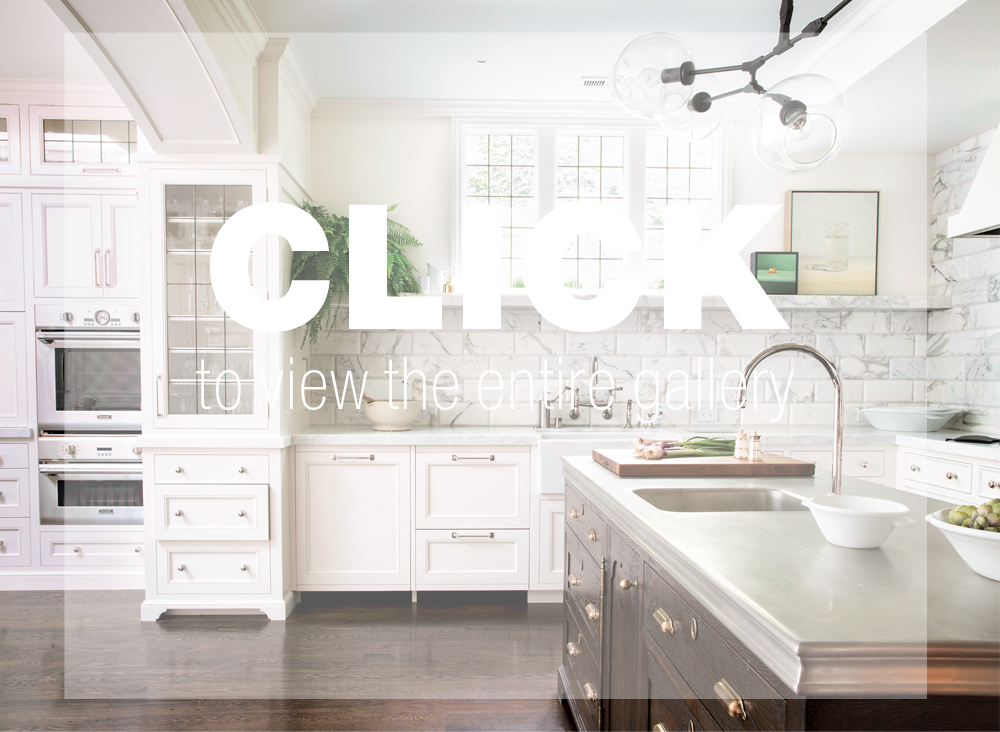 The nexus of family life, however, is the breathtaking conservatory kitchen, where three generations often gather to cook. With its soaring spaces and bespoke features, “The kitchen respects the architecture and vocabulary of the home,” says Raffetto, but has been completely tailored to the owner. The 44-foot-long space has three gathering areas: cooking, dining and a serene sitting spot, all suffused in the natural light that pours in from two new copper conservatory-top skylights. Raffetto and the client commissioned cabinetry, incorporating leaded glass details so it wouldn’t look overly “new,” and casework to echo the architecture. All of the countertop appliances and culinary tools are ingeniously organized in and easily accessed via custom pull-out marble slabs and abundant drawers. While practical accessories are hidden away, the glass-front cabinetry showcases a collection of the owners’ favorite porcelain and milk-glass pieces. A custom La Cornue stove—engraved with the family name—and elements like bevel-edged marble tiles, a pewter-topped island and dining/chef’s table topped with marble complete the divine cooking space.

To integrate the kitchen with the outdoors, a cutting garden and flower-arranging niche were added so that fresh ingredients would be in close proximity to the chef. The cutting garden ascends up the hillside and opens in one direction to the formal entrance garden and in the other to the lawn and dining terrace. “The homeowner was struck by the series of well-thought-out garden spaces that had been conceived by the previous owners and landscape architect Katsy Swan,” says Raffetto. “She expanded on the mix of textures and heights throughout the formal gardens.” Further on in the landscape, a stone staircase bordered by pink roses winds into a more natural setting, past a coop that houses 15 egg-laying hens, and down to the pool and cabana. “Unlike more sprawling, unified gardens, this one tells a story as you move through it,” says Raffetto, “much in the same way the rooms of the house do.”

A version of this article appeared in the April/May 2017 issue of SFC&G (San Francisco Cottages & Gardens) with the headline: Lush Living.