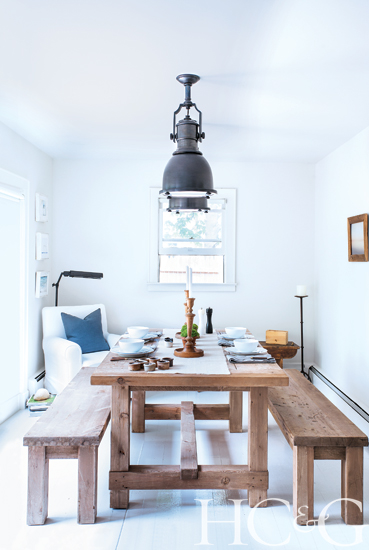 Lilielle Bucks has the kind of effortless glamour you’d expect from a tall blond Swede who grew up summering on the Côte d’Azur and whose parents counted royalty and famous artists among their friends. But what’s more remarkable is how warm and unpretentious she is.

The same can be said for the 800-square-foot cedar-shingled cottage she and her husband, David, a banking consultant, bought a year and a half ago. Though well located, the home had languished on the market for years due to its poor condition, as well as the lack of vision that most potential buyers had for such a small space. In just six weeks, however, Bucks took the nondescript 1920s cottage to its present bright and airy state, bringing a bit of Scandinavian chic to Sag Harbor’s historic district.

Bucks is a partner with Bernt Heiberg and William Cummings, the noted Greenwich Village– and Oslo-based interior design team, in its lower-cost offshoot, Lett, which provides design services at rates that start at $2,400 per room. As president of Lett, which means “light” in Norwegian—as in “light on your budget, a light feel, and an easy, user-friendly concept,” Bucks explains—she does for others what she did for herself in Sag Harbor: pulled together a comprehensive, stylish, relaxed look in short order. 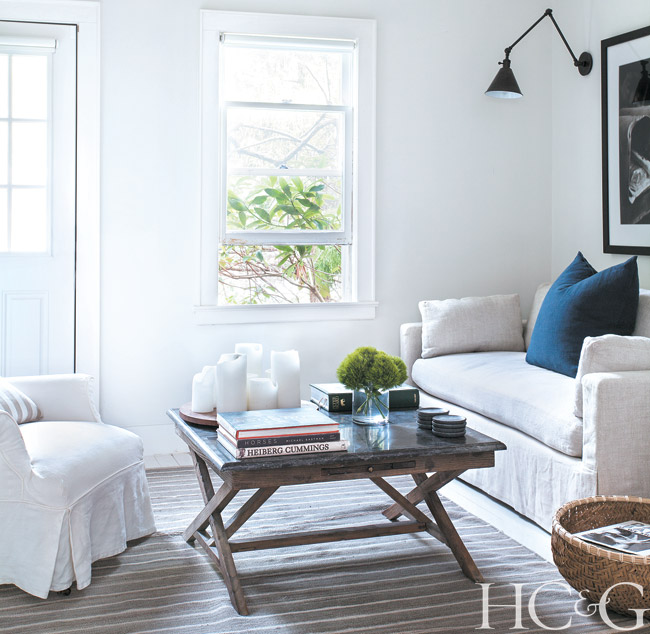 Bucks and her English-born husband, who have a grown son and daughter and a penthouse loft in Williamsburg, discovered the Hamptons about 20 years ago, when David came to New York on business. At the time, they were living in London, where Bucks was working as a photographer, but David was hoping to lure his family to the U.S. permanently. To make it all the more enticing, he rented a summer place in Southampton. “He wanted to make sure I would really like it here,” Bucks says. She did, and fell especially hard for Sag Harbor, whose unspoiled character and charming architecture resonated with her European sensibilities. “Here, I feel at home. It’s artistic, bohemian, and sophisticated all at once, and the people are so welcoming. Sag Harbor is the place for me.” 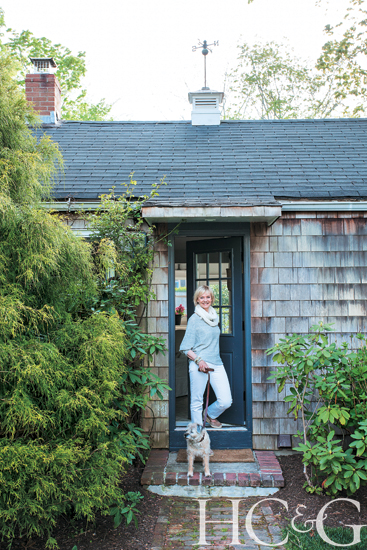 One weekend the winter before last, when the Buckses were dog-sitting at the Sag Harbor home of Heiberg and Cummings, the New York Times ran an article about reasonably priced real estate in the area. “I said, ‘David, now is the time,’” recalls Bucks. “We phoned a few brokers, and looked and looked and looked.” When they first saw the cottage, “It was a wreck—and dirty, with furniture like your grandmother’s grandmother’s place,” she says. But Bucks knew what she could do with the house, and turned it around in record time.

Bucks calls it a “spiffing-up,” rather than a renovation. “We didn’t move a single wall,” she says, nor did they need to raise the peaked ceilings in the combined entryway/living room (already 12'4" high) or the two en suite bedrooms. As many families do, the Buckses spend most of their time in the large kitchen/dining area and the inviting brick patio and swimming pool just outside, both of which were in place when they bought the house. 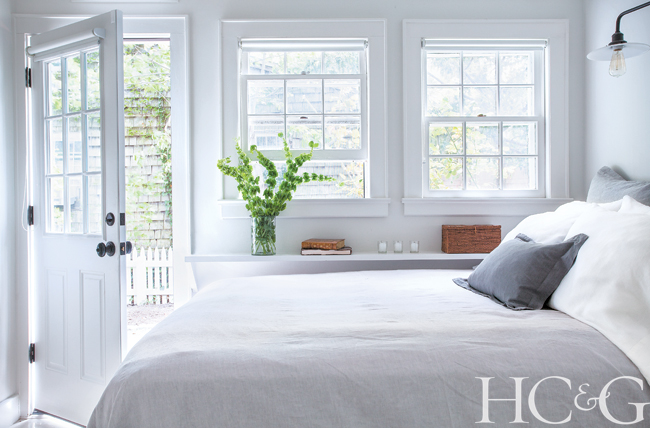 To hear Bucks tell it, it was all a matter of styling. “I fooled the eye,” she says. “I painted everything the same color—Farrow & Ball Strong White—which gives the house a real flow.” In the kitchen, new reflective white subway tiles on one wall, open shelving instead of claustrophobia-inducing upper cabinets, industrial-style pendant lighting, and a rustic farm-style table make the formerly cramped space seem utterly contemporary. Bucks retained the lower cabinets, simply painting them a glossy white and adding new hooded chrome drawer pulls. She often combines high-end fixtures and fittings with carefully chosen discount equivalents. “It doesn’t always have to be Waterworks. It’s just a question of picking the right things.” In the tiny bedrooms, Bucks took advantage of tall ceilings to build in high storage with custom barn-style doors. “When you don’t have much floor space, you have to be creative.” The same goes for the budget. “Living beautifully doesn’t have to cost a lot of money,” Bucks adds. “It’s what you do with it and how you put things together that makes it all work.”

A version of this article appeared in the July 15, 2014 issue of Hamptons Cottages & Gardens wit the headline: Northern Light