Van Horn and his partner Tom Gilling found 3,600 square feet of straight-up-and-down modern geometry: a multi-level, multi-windowed circa-1988 contemporary house in historic Chatham, about a two-and-a-half-hour drive north of NYC. 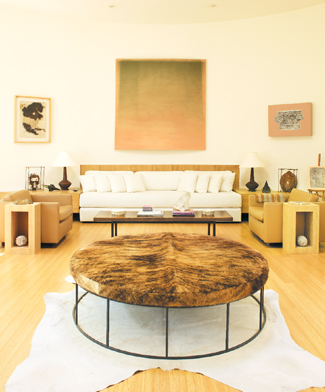 The Hudson Valley is probably not the first area that comes to mind to people on the hunt for a modernist contemporary house. Antique Colonial, Federal, Greek Revival, and Victorian structures—and vintage farmhouses, cottages, and barns—are far more prevalent. But Michael Van Horn, in tandem with Tom Gilling, his partner of 30 years, found 3,600 square feet of straight-up-and-down modern geometry: a multi-level, multi-windowed circa-1988 contemporary house in historic Chatham, about a two-and-a-half-hour drive north of New York City.

The house and its decor are as surprising and singular as Van Horn’s own past. Born in 1941 in then-sleepy Panama City, he majored in art at Florida State University and also enrolled in the school’s circus program, where he excelled at the trapeze. In 1963, he joined a professional circus, touring Canada’s Maritime Provinces with a boatload of elephants, lions, llamas, zebras, and leopards. After three months, the boat caught fire and sank: Van Horn and the animals made it back to shore, but his big-tent career didn’t, so he moved to Southern California to study drawing and painting at Pasadena’s Art Center College of Design. Two years later, Women’s Wear Daily hired him as its chief West Coast fashion illustrator. 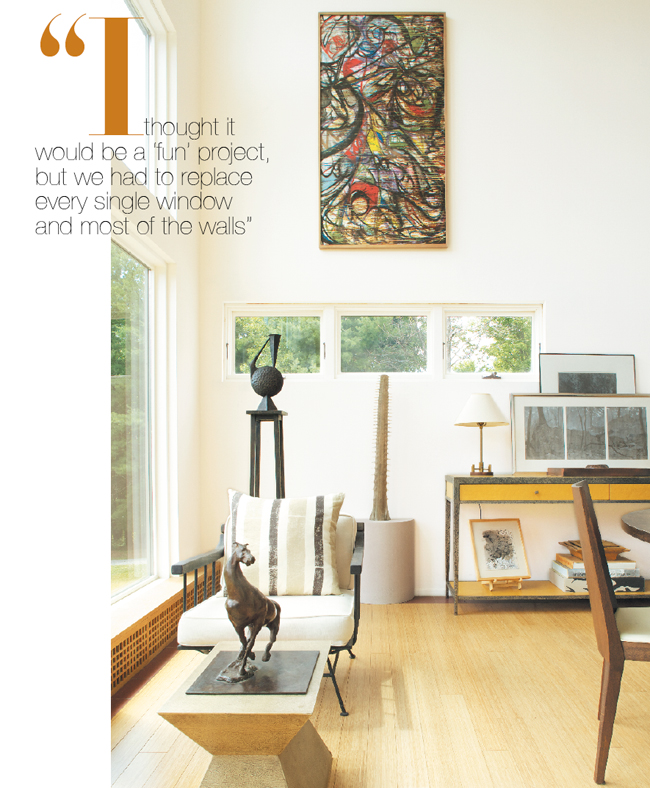 Those were the days when fashion drawings were more popular (and practical) than photographs. His job also included drawing portraits of actors and socialites that WWD doted on: Van Horn’s characterizations of Nancy Reagan, Truman Capote, Mae West, Lee Annenberg, and Katharine Hepburn were lifelike, revealing, and humorous. And his close California friends were almost as famous as his WWD subjects, among them writer Christopher Isherwood, artists David Hockney and Don Bachardy, and interior designers Jay Steffy and Michael Taylor, all of whom were key to the development and honing of this wiry, wry, intensely visual man’s personal style. 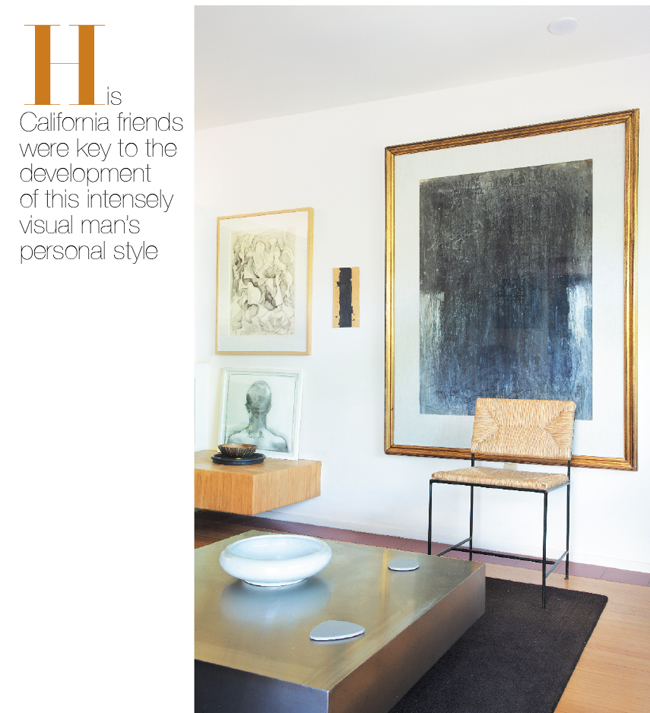 Just eight years ago, Van Horn morphed from fashion illustration to interior design, partnering with his niece, Joan Finnigan, a new-to-the-scene decorator in Palo Alto. The two share an affinity for clean, spare lines, large-scale contemporary and modernist furniture, a nature-based color scheme, bold art and sculpture, and lots of found objects. The house in Chatham has become a sort of East Coast headquarters and laboratory for their business, Finnigan Van Horn, which is currently working on residential and office projects for clients in Palo Alto, Pebble Beach, Nantucket, and New York City.

“In 2004 this place was pretty dilapidated, but Tom and I loved the lines—it made us think of some of the Long Island houses built by Charles Gwathmey and Richard Meier in the ’70s,” Van Horn says. “I thought it would be a ‘fun’ project, and it sure was a project, but the ‘fun’ part is debatable! We had to replace every single window and most of the vertical cedar siding and the walls, thanks to the insects that had been dining behind the scenes for a couple of decades.” 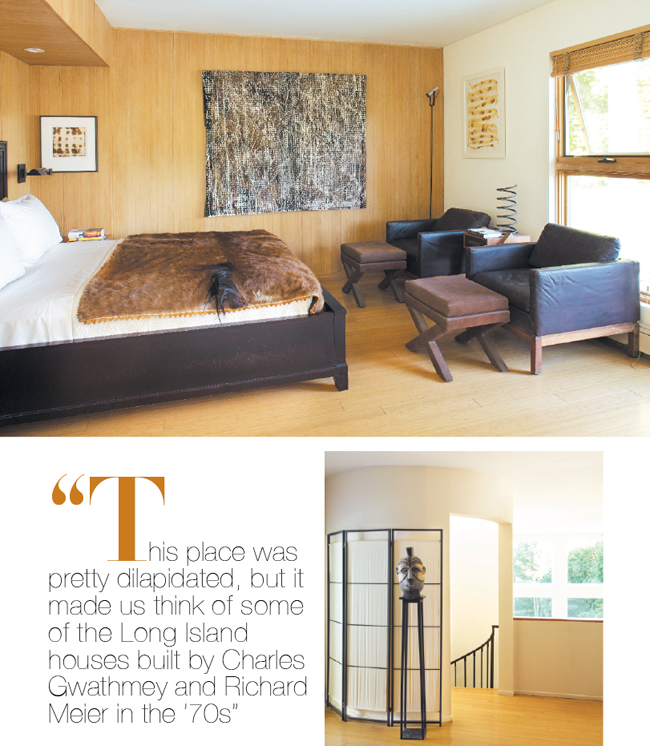 Five years and 50,000 carpenter ants later, Van Horn and Gilling transformed what had been a ramshackle round garage into a spacious living room with a six-foot-wide fireplace, a sleek skylight, and 14 new windows, which now offer staggering views of the Catskill Mountains to the west. It’s the kind of dramatic house that lends itself to big parties, but Van Horn prefers dinners and lunches for smaller groups, held in one of the property’s half-dozen outdoor dining spaces during nice weather. In the icy winter months, the elongated-cube dining room (with more windows than wall space) is warm and visually exciting. Here and in every other room of this carefully curated house, haute rustique and contemporary art reign supreme: Pieces by Richard Artschwager, Vija Celmins, and Brad Kahlhamer are perfectly, eccentrically at home with natural and man-made ephemera including brain corals, vintage machine parts, sea turtle skulls, columns made of mussel shells, antique hat forms, and mounds of petrified fungi, all of which add up to the sleek, wild, stylishly oddball world of Michael Van Horn.