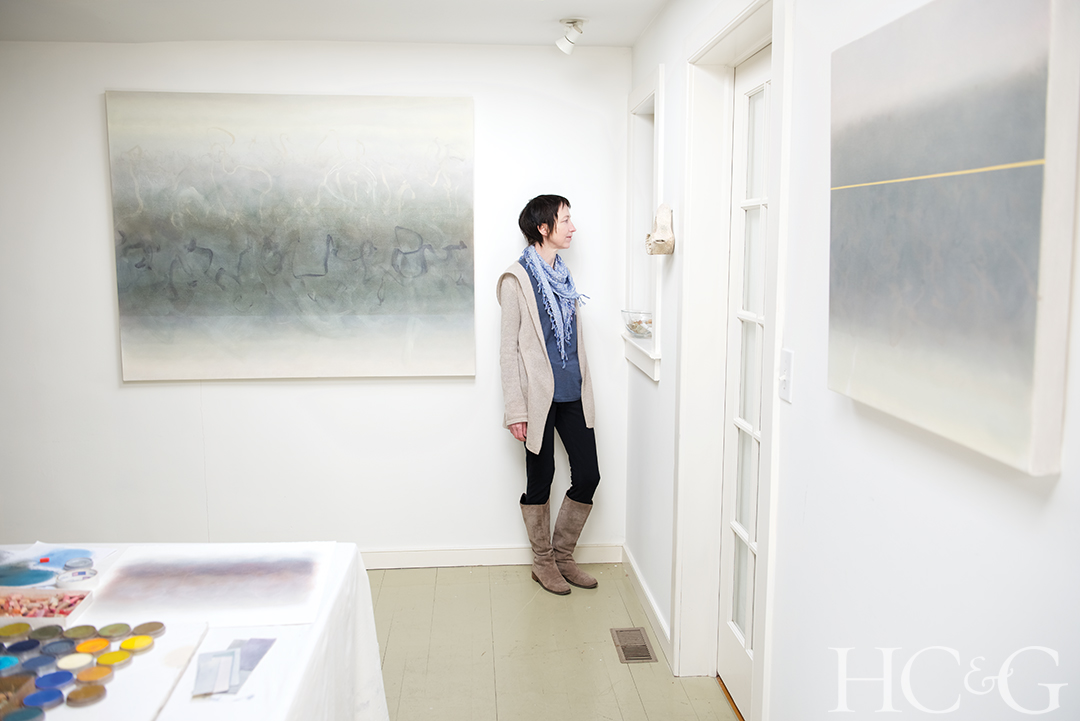 Growing up amid the windswept, boulder-strewn terrain of her native Ireland, artist Roisin Bateman “learned to be creative.” As a kid, she hosted art classes for other children at her family’s home near Galway Bay. Now, nearly three decades after she left the Emerald Isle for the East End, she credits both settings as driving forces behind her abstract oil, watercolor, and pastel landscapes. “Subconsciously,” she says, “my work merges the two worlds together.”

Today, Bateman’s memories come to life in her Sag Harbor studio, where she experiments with a range of hues as varied as those found in nature, reinterpreting land and weather conditions into lyrical canvases and works on paper marked by foggy washes of pigment that slowly dissolve into one another. A color spotted in a stormy sky or beneath the ocean’s surface is often the starting point for a new composition. “I’ll have a shade in my head that I want to get out, and the piece slowly evolves from there,” explains Bateman, who adds texture by applying paint with scraps of silk, linen, cotton, or sheep’s wool. “Silk creates a soft appearance, whereas linen is very coarse.” 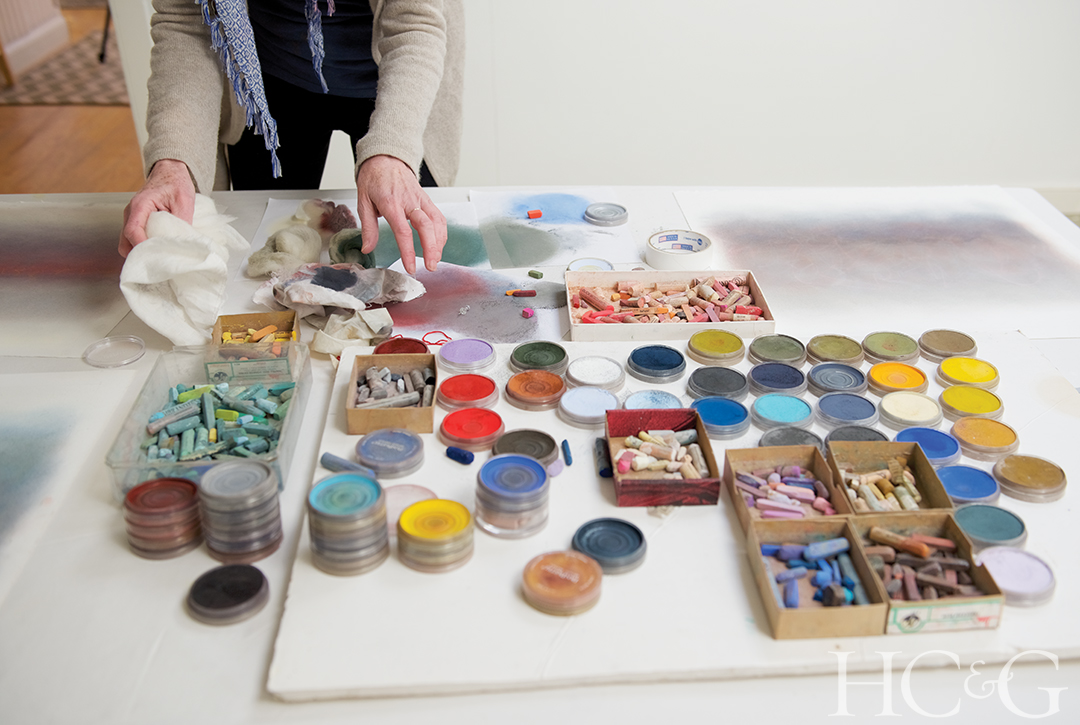 The artist lets each layer dry before adding another, purposely causing “depth beneath the surface.” To signify nature’s energy and movement, all pieces are brandished with either a brightly colored string, stretched the length of the canvas, or seemingly random freehand markings that Bateman scrawls on with a long-bristle paintbrush, a wood stick, or a cloth-covered finger.

Whenever she is craving further inspiration, Bateman heads to Sag Harbor’s Barcelona Neck to survey the dunes, rocks, and inlets. It’s one of a handful of spots out East that faintly calls to mind Ireland’s landscape, she says. “I take in all the elements around me, and those observations eventually find their way into my work.”

A version of this article appeared in the July 1 2018 issue of HC&G (Hamptons Cottages & Gardens) with the headline: Pluck of the Irish.