Is 443 Greenwich Street the Hottest Building In New York? 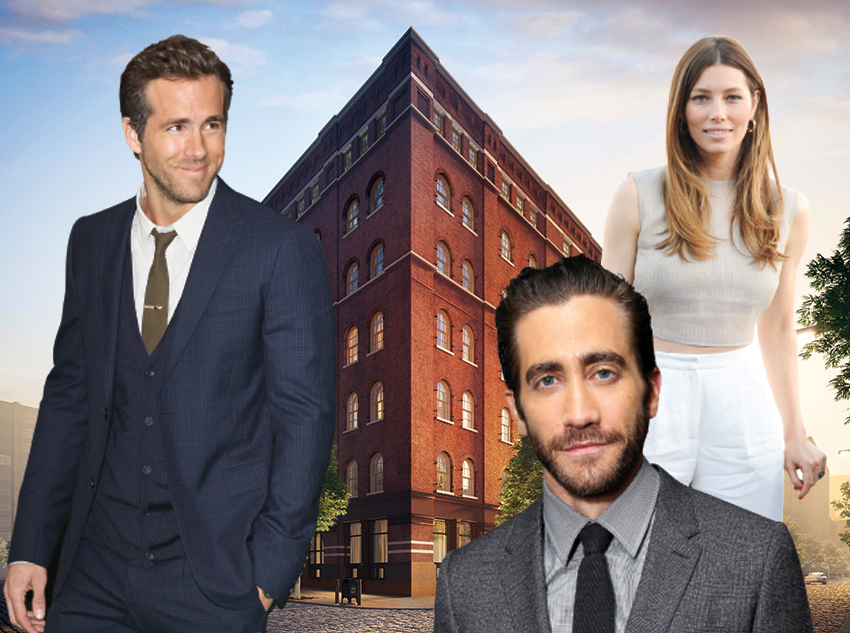 What do Ryan Reynolds, Jake Gyllenhaal, and Jessica Biel have in common? Not a new hit movie, but rather 443 Greenwich Street, an 1882 book bindery that CetraRuddy Architects converted into a 53-unit LEED-certified luxury condominium. VIPs have been heading to the building in droves since it hit the market last year: Rebel Wilson nabbed a two-bedroom loft for $2.95 million in July; both Gyllenhaal and actress Meg Ryan claimed their units in June; and Biel and her husband, Justin Timberlake, paid $20.18 million for their penthouse in May. Meanwhile, for a mere $27,500 a month, Jennifer Lawrence is renting out the three-bedroom pad she bought in January for $9 million. Active listings—currently seven—range from an $8.5 million three-bedroom to a penthouse with a $58 million price tag.

So what is it about this Tribeca building that’s so attractive to celebrities? For one, privacy: There’s little chance of running into neighbors, thanks to 12 key-fob-operated elevators that won’t stop for another passenger while a resident is inside. And a virtually paparazzi-proof second lobby and garage are tucked out of sight, below street level and behind a wrought-iron gate. All 15 parking spaces—ranging from $750,000 to $1.5 million—are presently accounted for, but a valet will transport the vehicles of tenants without parking spots to a nearby garage.

In addition to the expected luxury services—a 24-hour doorman and concierge, plus a live-in resident manager and porter—the building features an indoor lap pool, a 5,000-square-foot roof terrace complete with showers and a wet bar, a courtyard, a wine cellar, and a fitness center. “The appeal goes beyond privacy,” says Richard Cantor, principal of Cantor-Pecorella, the development’s sales agency. “We’ve created homes, not flashy penthouses in the sky.” According to Douglas Elliman Real Estate’s Tal Alexander, who holds the development’s only active rental listing (a three-bedroom apartment asking $42,000) along with the firm’s Oren Alexander and Jared Schwadron, “443 Greenwich checks every box that high-profile clients are looking for. Not to mention, it’s on one of the best cobblestone blocks in Tribeca.” So if you’re reaching for the stars and hankering to live among them, make a beeline downtown before the building sells out.