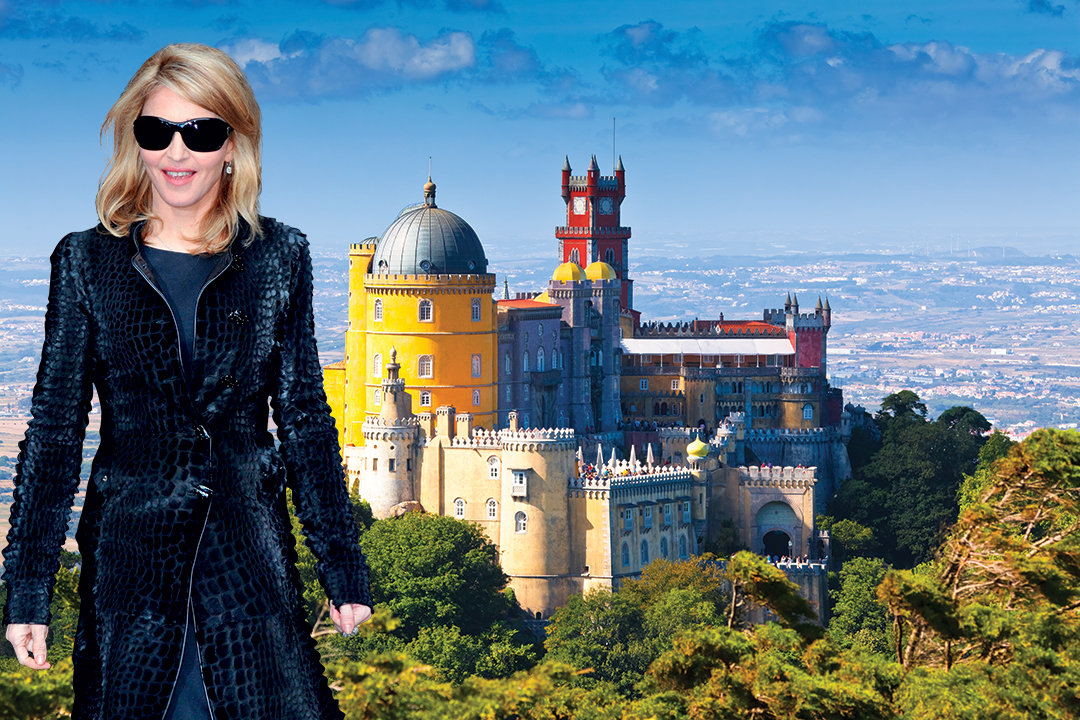 Is Madonna Portugal’s newest high-profile resident? The mystery nearly rivals the sightings at Fátima. Rumors have been swirling that the 59-year-old entertainer purchased a mansion in Sintra, the lush, castle-filled Xanadu where Portuguese royals once summered, just 20 miles northwest of Lisbon. Although the iconic popstar is not purchasing Pena Palace, which is pictured above, many reports have linked her to Quinta do Relógio, a 21,500-square-foot 19th-century country house that’s in need of major refurbishment. But according to license partner and managing director Luís P. da Silva at Engel & Völkers, the real estate firm representing the property, the €7.5 million ($8.81 million) listing is still active.

So, truth or dare? Madonna has also been spotted house-hunting in Lisbon while staying at the famed Pestana Palace hotel with her children, including son David Banda, who was recently accepted into the junior squad of the esteemed Portuguese soccer club Benfica. And her social media feed has been chock-full of posts from Lisbon, hinting not so mildly that she’s putting down roots in the country, which is already popular with such celebrities as German actor Michael Fassbender, Italian actress Monica Bellucci, French actor and former soccer player Eric Cantona, fashion designer Christian Louboutin, and interior designer Jacques Grange.

As the saying goes, it didn’t happen if it wasn’t on Instagram, and even the increasingly reclusive material girl can’t hide from the glaring evidence. Let’s just hope her fake Portuguese accent is better than her fake British one.