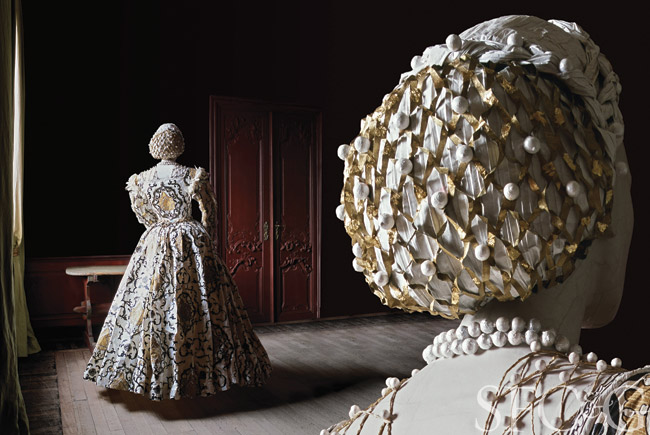 Like many who have viewed the stunning costume collections at New York’s Metropolitan Museum of Art, Isabelle de Borchgrave left in awe. But rather than simply purchase a book in the gift shop to commemorate her 1994 visit, the Belgian artist and designer took things a step further. “I wanted to possess each and every one of those costumes,” she recalls. “I wanted to re-create them, to make them mine.” She decided that “the easiest way was to make sculptures with the first media I ever used: paper.” 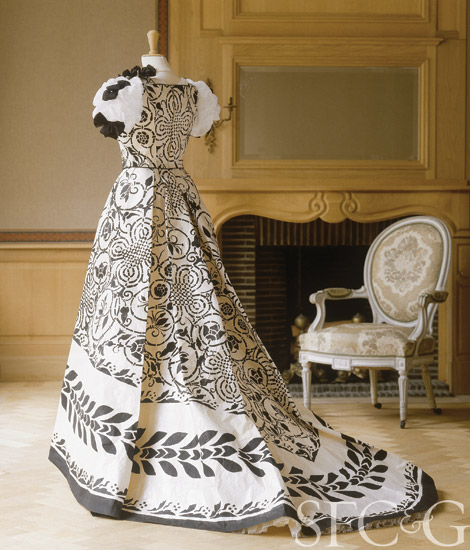 Today, thanks to that fateful trip to the Met two decades ago, de Borchgrave may be best known for the meticulous intepretations of historic costumes that she crafts with paper and paint. Her inaugural collection, Papiers à la Mode, debuted in 1998 and has since been exhibited worldwide. “It tells the story of 300 years of fashion,” says the artist. In 2011, San Francisco's Legion of Honor hosted de Borchgrave’s first major exhibition, “Pulp Fashion.”

Now, a selection of her garbs is the basis for a new range of fabrics and trimmings with Fabricut. The eponymous collection features patterns with international inspirations, including Kaftan Suzani, Venetian Tile, and Kermesse and Sablon, each named for her native Brussels. According to de Borchgrave, it was a natural collaboration as colors that we appreciate in fashion translate to décor as well: The line’s hues include Indigo, Cobalt and Ocean, a luminous gray-blue evocative of Belgian interiors and perfectly tailored to the Bay Area’s coastal color sensibility. Materials in the collection include linens, embroidered cottons and velvets in sartorial patterns like paisleys, stripes and chevrons. 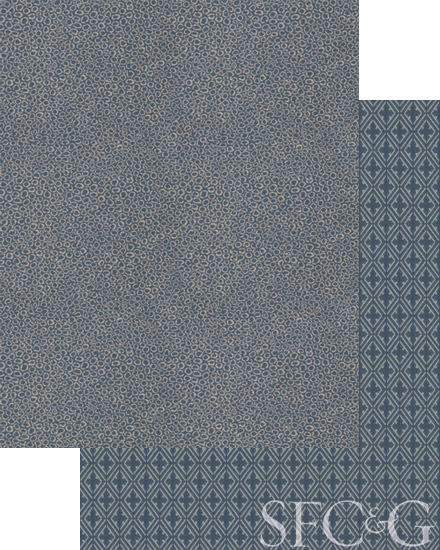 And, as only fitting for a couturier de papier, a collection of wallpaper is also in the works and will be available next spring. “Paper is the most basic material,” de Borchgrave explains of her chosen medium. “It is blank and so full of possibilities. You are free to do what you want. It is perfect to add colors, and it lets you create freely. And if you think you failed your creation, you can crumple it and start again!”

A version of this article appeared in the September 2014 issue of San Francisco Cottages & Gardens with the headline: Interior Couture.