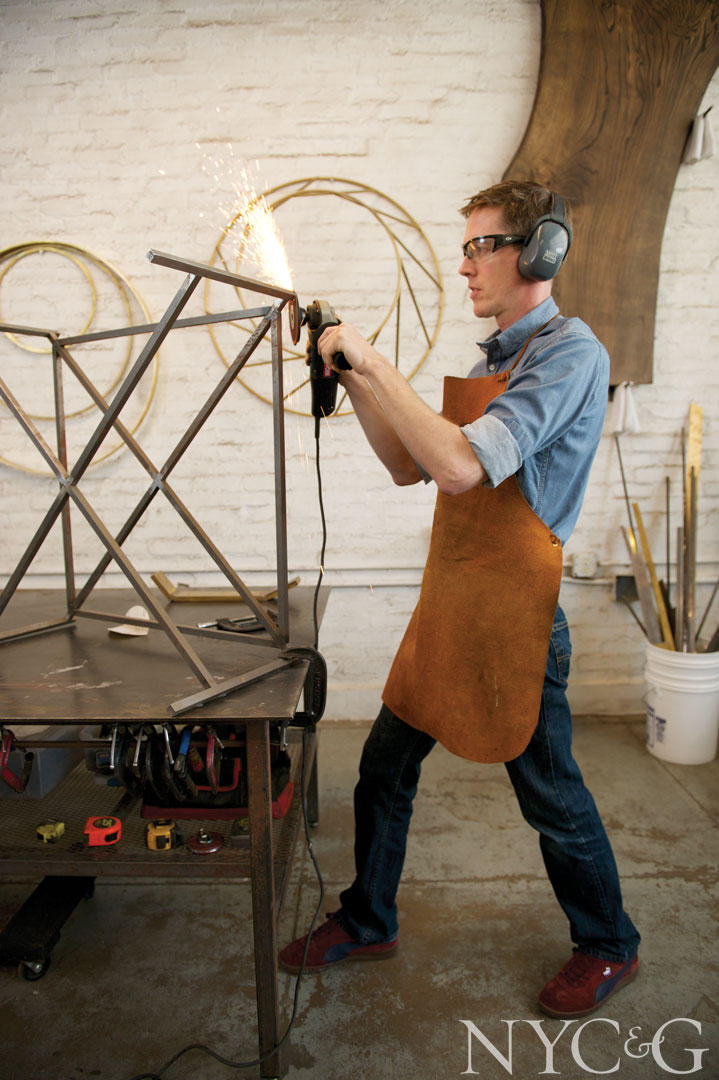 When James Devlin describes what attracts people to his minimalist tables, chairs, and case goods, he quotes Leonardo da Vinci: “Simplicity is the ultimate sophistication.” The craftsman specializes in a pared-down aesthetic, employing mirror-polished and brushed metal, marble, and occasionally wood and leather to produce sleek furnishings that “have a beautiful soul. My pieces don’t need to be dressed up or painted.”

Devlin’s appreciation for furniture stems from his former career as an interior designer. After working at New York–based Foley & Cox for three years, he left in 2010 to explore other passions, including metalworking. He began experimenting with furniture design while honing his skills in a welding class, and by 2011 his eponymous company was born. “I’d carry five tables down the sidewalk to my booth at the Brooklyn Flea,” the Connecticut native recalls of his early work. “I’ve always liked the structural capabilities of metal and how you can do more with less of it. Its strength allows me to create pieces that look delicate, but are actually very strong.” 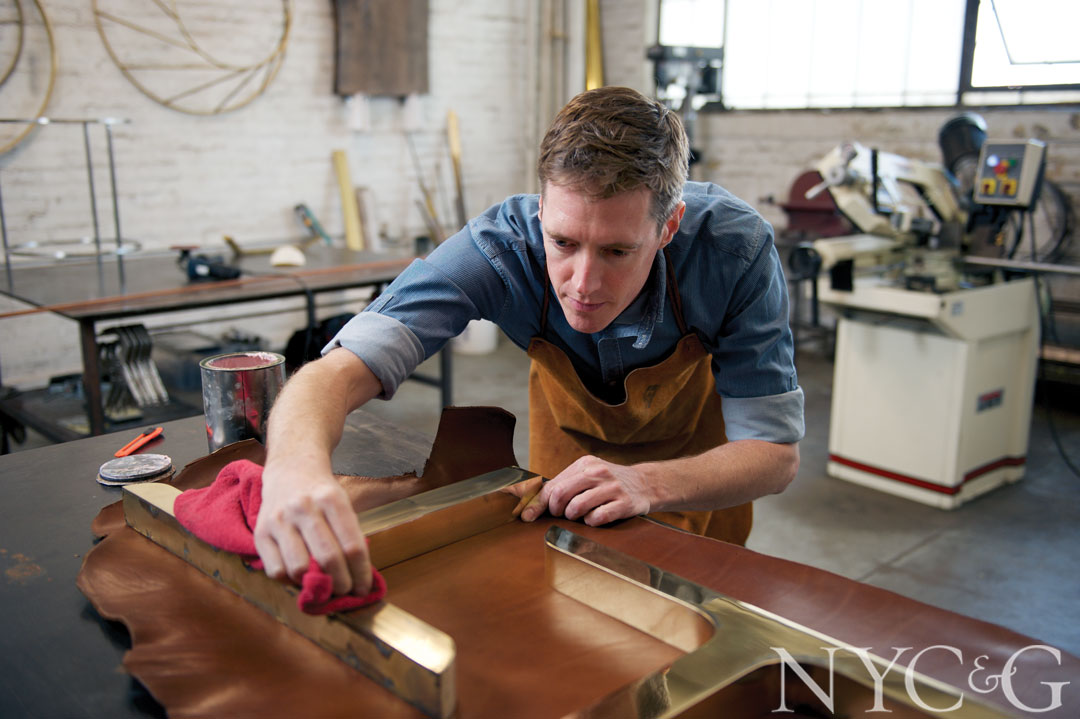 One of Devlin’s more recent creations, produced at his metal shop in the Brooklyn Navy Yard, is the Facet cocktail table. He begins by digitally sketching the jewel-shaped marble top and brushed-bronze base, which comprises a circular bottom, thin, branch-like supports, and a rimmed frame that cradles the stone. The elements are joined using a technique known as brazing, wherein metal and silver are heated to form a joint, after which the marble slab is dropped in—no affixment necessary. Each of the designs is available in a variety of finishes that are sanded either by machine or by hand. “I like the contrast between an expressive material like marble and an understated metal framework,” says Devlin. “One aspect is dramatic, and the other takes a supporting role. The two should never compete.”

A version of this article appeared in the March 2016 issue of NYC&G (New York Cottages & Gardens) with the headline: Proving His Metal.