Jane Capellini creates the perfect union of modern and traditional

A couple decided to begin their life together in a Greenwich house absent any furniture from their prior married lives. 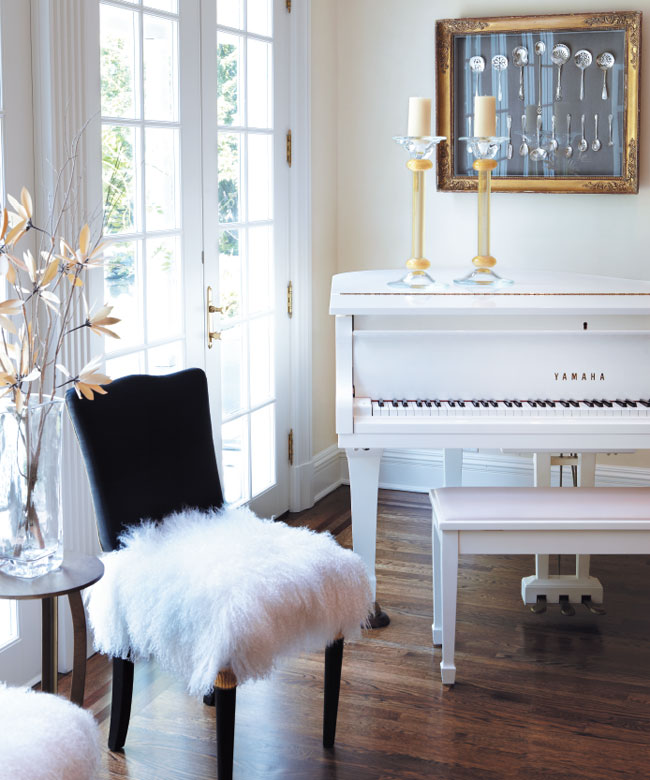 A one-story house in the two-and three-story town of Greenwich is not a common phenomenon. But this ranch on a coveted backcountry road had plenty of curb appeal to its owners, Magda and Michael Fazio, when they first purchased it.

Although the house’s presence was more modest than its taller and more glamorous architectural neighbors, homeowner Magda Fazio and Essex-based interior designer Jane Capellini worked to create something that might be called foyer appeal. 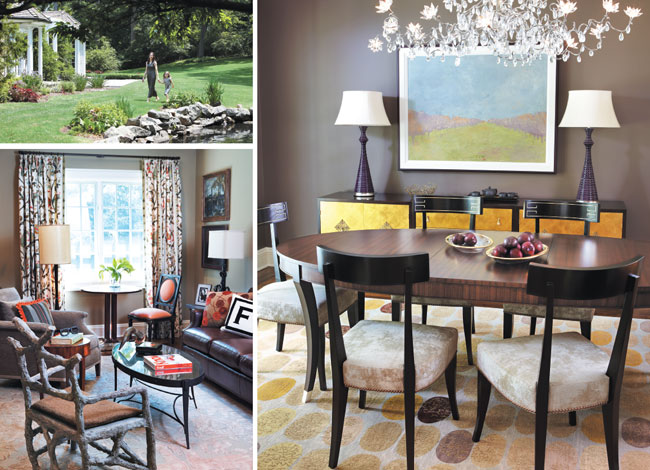 “What looks to be a kind of cramped residence from the outside reveals itself the moment you walk in the front door as an airy, light-filled place with rooms that flow,” says Capellini, who worked on the interiors for two years. “And because from the foyer you see right through the house into the dining room, we created an immediate, dramatic visual focal point with the chandelier.” That stainless-steel fixture is noted for its bouquets of crystal flowers, each set with a light. But because the clear blooms are attached via wires, each can be bent and positioned independently, making for a flexible lighting scheme.

When the couple moved into the 5,000-square-foot, five-bedroom house, they arrived with no furniture. “I mean nothing,” Fazio says. She explains how both of them had come from previous marriages and that one of the ways to really make the break was for each to part with all previous possessions. “I did insist, though, on keeping a white baby-grand piano that my parents gave me when I was 10,” says Fazio. “It’s my Elton John rock ’n’ roll piano. And even though it’s not really my aesthetic, I grew to love it. You can’t replace something you’ve had for 30 years!”

That piano now strikes a high note in the living room, which is filled with natural light through curtainless French doors. The space also exemplifies the work that Capellini accomplished throughout the home. Michael Fazio had been living in a traditional Greenwich house with plaids and florals, “which make me cringe,” says Magda, while she had occupied a decidedly spare, Modern house. 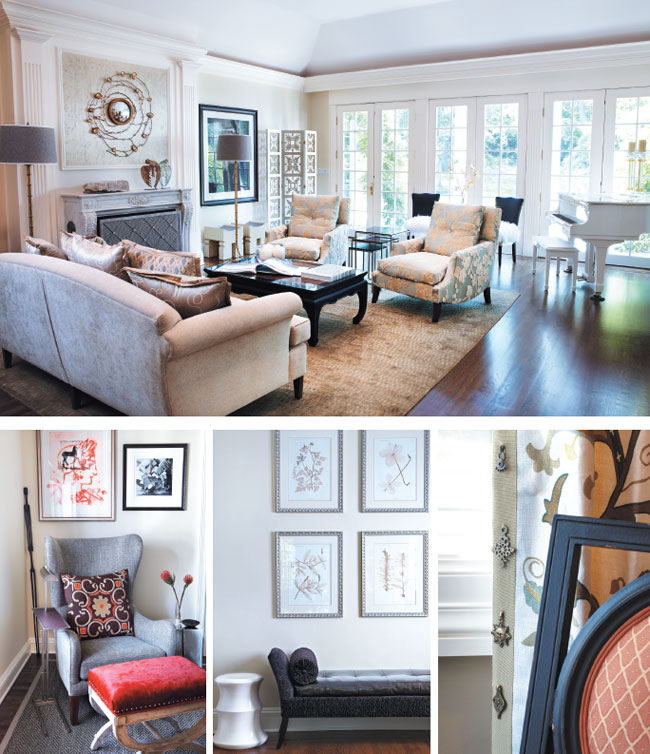 “My job was to bring these two aesthetics together,” says Capellini, “to go ‘transitional,’ with a mix of modern and traditional.” The living room, for instance, features custom, but traditionally styled, club chairs and a camelback sofa on a Stephanie Odegard collection rug with an animal print-like pattern. Anchored beyond the Liberace-esque piano is a pair of chairs covered in horsehide and flouncy sheep’s wool. “They’re a touch of fun and very modern,” says Capellini.

Anastasia, the couple’s four-year-old daughter, retreats to a room that features slipper chairs clad in a girly floral with an ottoman covered in what appears to be a patch of green lawn cut from the property’s rolling two-acre yard. Starting with an antique ottoman from Sweden, Capellini added “green lawnlike carpet that seemed perfectly whimsical for a little girl’s room. I had the chair legs painted silver for a touch of the modern.” 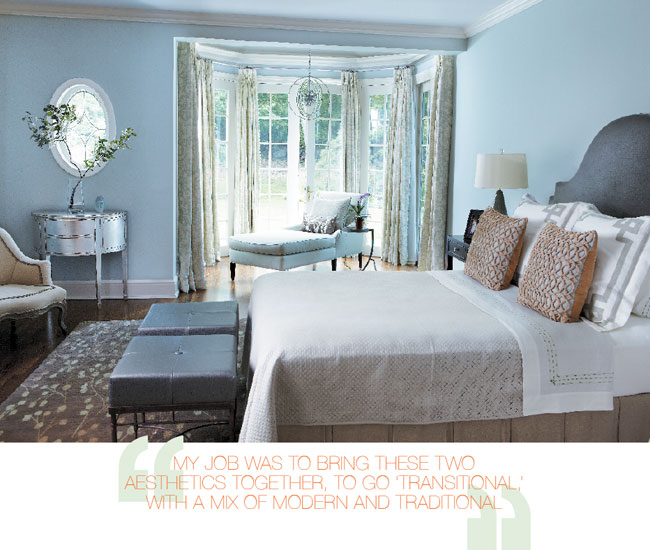 The master bedroom is an ingenious amalgam of the sedate and the sensational. “I start every room with one fabric,” says Capellini. “Here, I began with a pale green and ivory drapery.” She further defined the room with a silvered demilune and a crystal chandelier that hangs in an alcove furnished with a settee. The custom headboard is a glazed linen that takes on a subtle sheen, another decidedly modern twist. “My husband travels constantly,” says Fazio, “and I wanted him to feel at home and relaxed when he’s here. That bed is part of how I want every corner of the house to be. I want people to walk inside and say, ‘Wow, everything is so cool and unique and unexpected.’”

Capellini adds, “Magda is as detail-oriented as I am. She’s a girl after my own heart. We took care of every detail together and managed to create a true marriage of the modern and traditional.”