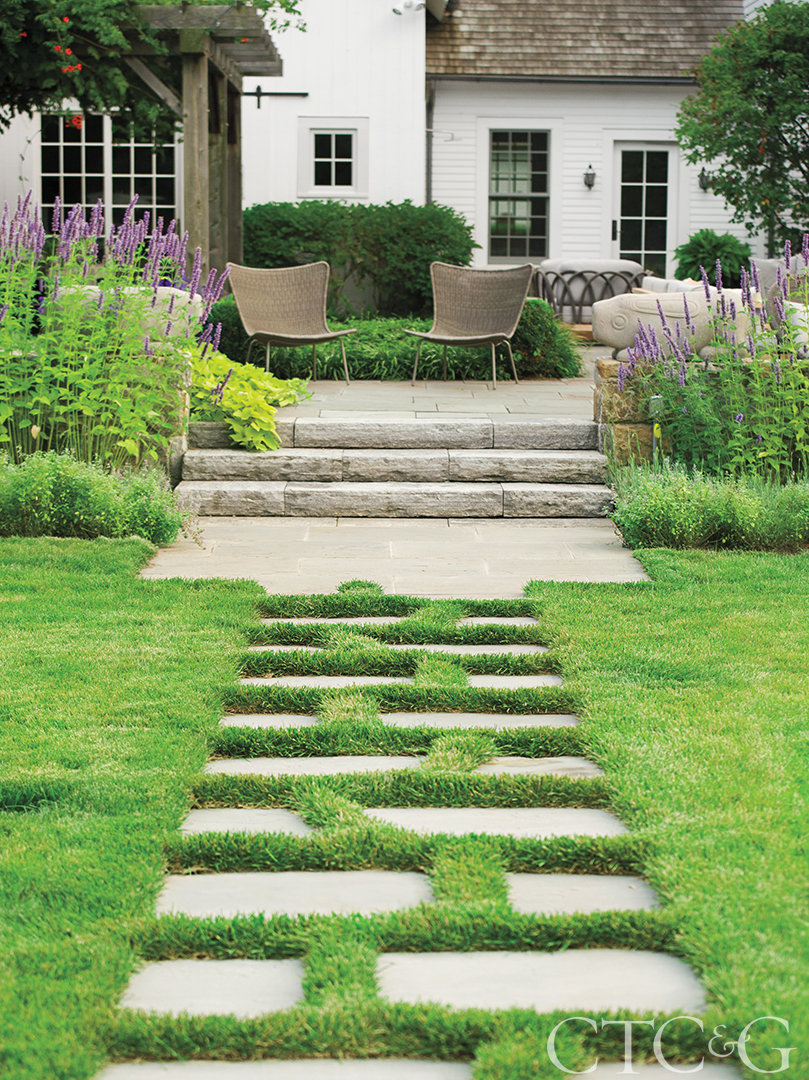 Landscape architect Janice Parker admits to having learned a few hard truths about residential landscapes. Everyone wants a garden like they’ve seen in a magazine. “A garden might look fantastic, but if it hasn’t got a bench, you haven’t created an outdoor room,” she says. “It just won’t be used.”

For this Connecticut project, she was fortunate to have clients who’d already worked with an architect to design a home where the outdoors was very much integrated with the interior. Parker’s main goal was to draw the family of six outside into the natural environment. The key, Janice Parker says, is creating a single garden, one where, when you walk outside, you feel the magic. That this space includes a place to read, a place to talk, a place to eat, interior views, privacy screening, and all the rest, is beside the point. The goal is to blend them. “And if you do it in a strong, muscular way,” notes Parker, “the garden creates its own world.”

Based in Greenwich, Janice Parker of Janice Parker Landscape Architects has won many accolades including the 2016 Stanford White Award for Landscape Design from the New York Institute of Classical Architecture and Art, a 2017 induction into the New England Design Hall of Fame, and C&G Media Group’s own IDAs for projects in CTC&G and NYC&G. Her visionary work includes everything from the New York Restoration Project, which has planted more than one million trees in New York City to an exotic, tropical bamboo garden with a Chinese moon gate at a recent Kips Bay show house. But public and show gardens are, by nature, very different places than the plot that surrounds a real home.

Outside the back door, this small garden unfurls like an oriental carpet: orderly, symmetrical, but also not quite. Between the built elements are billowy patches of plants. Most importantly, says Parker, a home garden has to be friendly. “You have to have animals,” she says. Here, flanking the terrace, are two cast-stone hare sculptures. And, Parker adds, “There are plants I like to use that are like Sesame Street’s Snuffleupagus—they just make you smile.” 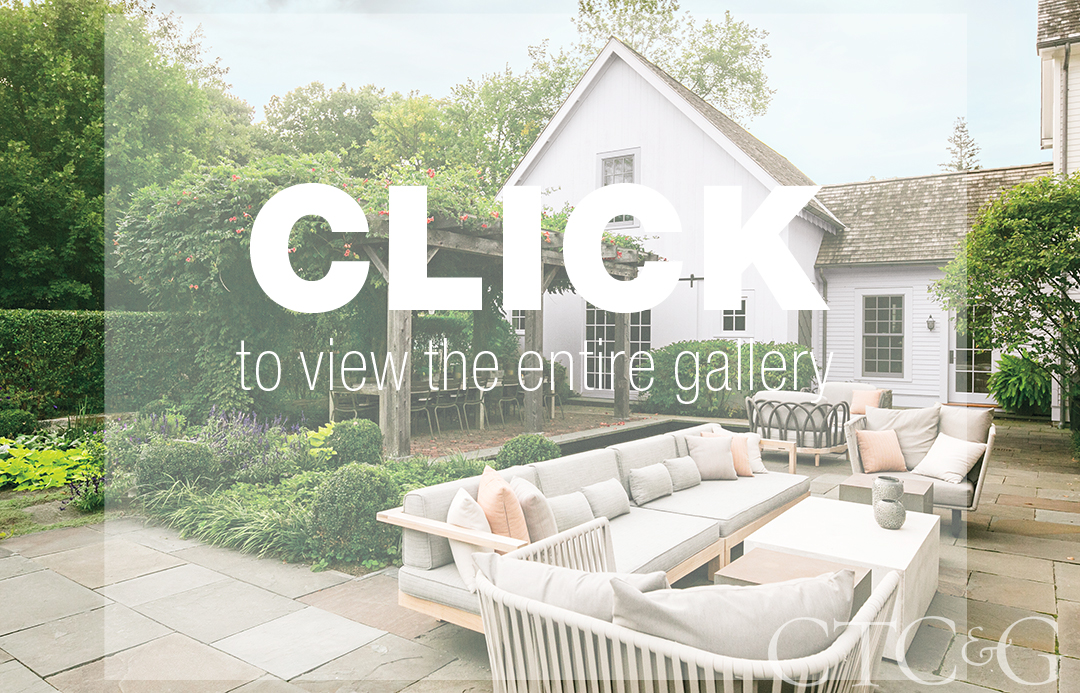 One favorite, Limelight hydrangea, Hydrangea paniculata ‘Little Lime,’ which only grows to three feet, softens a low wall alongside the pool. Sargentina crab apples, which she describes as “small and sturdy, with a funky congested growth habit like the old form of crab apples” creates a privacy screen along a property line. A bobbing veil of agastache borders the wall between the terrace and the lawn. “It is so generous in its habit—as if to say ‘here I am.’ And you can pinch it back endlessly,” notes Parker.

A gold Ipomoea vine pours out onto the terrace and the stone steps. “Just one in a hundred clients asks for yellow plants, but the color brings so much vibrancy to a garden,” says Parker. “And you can’t beat sweet potato for its exuberance.” Tropical-looking scarlet campsis, or trumpet vine, covers the arbor. “It’s the red and yellow flowers that really read,” she continues.

There’s one more hard lesson Parker passes on to her clients: It’s about embracing change and realizing that a garden is a living art. “I’ve begun to tell people that, over time, the plants will peak and then decline,” she explains. “At some point, you will have to rip them out and start again.”

A version of this article appeared in the September issue of CTC&G (Connecticut Cottages & Gardens) with the headline: Suburban Outfitter.