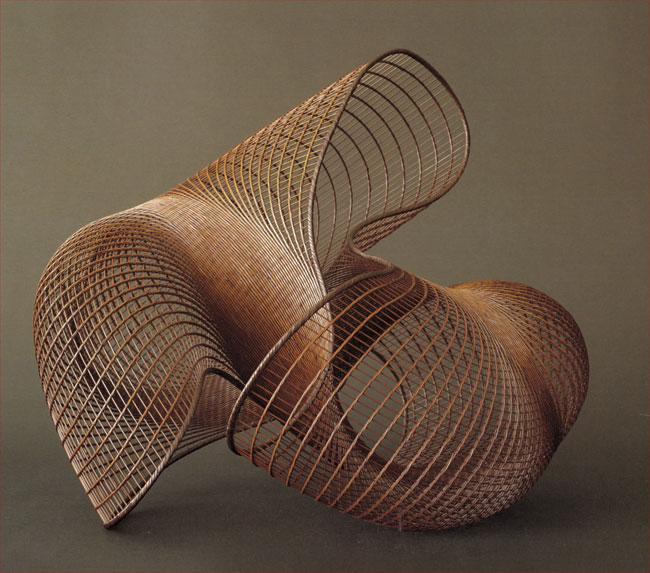 Bamboo is one of the Earth’s most versatile materials. Capable of growing 30 inches in a day, depending on climate and locale, it has sustained civilizations throughout Asia for thousands of years. Its fast growth, strength and straightness of fiber allow for a variety of uses from homebuilding to basket weaving.

In Japan, utilitarian baskets became a form of artistic expression when combined with the art of ikebana, or flower arranging. The Japanese copied 9th-century Chinese baskets, and were greatly influenced by Chinese art and crafts during this period. 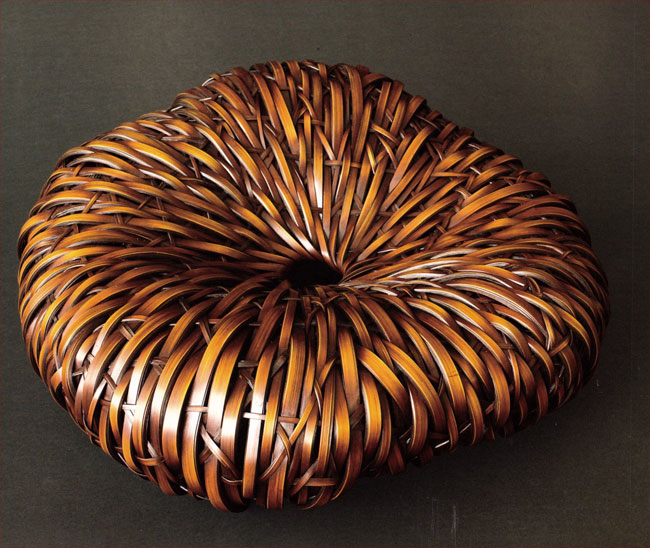 As the Japanese tea ceremony gained popularity in the Edo period (1615 – 1868), so did the demand for baskets, as flower arrangements are an integral part of the tea experience. Well into the 20th century, Japanese ikebana baskets still echoed the Chinese archetype, which maintained a vessel form that served to contain the flowers. During the 19th century, a small group of artists from the Kansai region of Japan freed themselves from the confines of Chinese influence and explored a more artistic approach influenced by the art of the West.

Post-World War II Japan spawned an even greater resurgence of the bamboo arts. The traditional vessel forms gave way to expressions of exuberance and optimism with forms that rose skyward or twisted unexpectedly like living organisms. Their makers challenged viewers to explore the crevices and follow the line that defined positive and negative space, while reminding them of the humble bamboo material comprising the form. 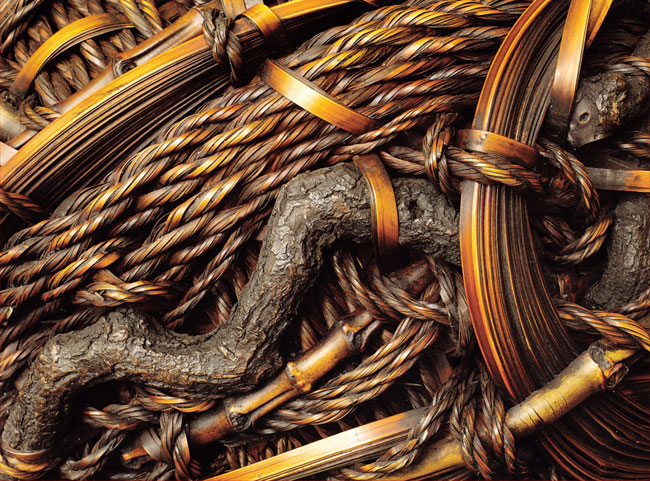 Everett Cole of TAI Gallery (Santa Fe, NM, 505 984-1387) told me at a recent showing at the Armory in NYC that Americans are responsible in large part for keeping the art of basket making alive in Japan. The founders of TAI gallery, Mary Hunt Kahlenberg and Robert T. Coffland, in seeking out living artisans in Japan, revitalized the art form by representing 30 living bamboo artists gallery, which was founded in 1978.
E 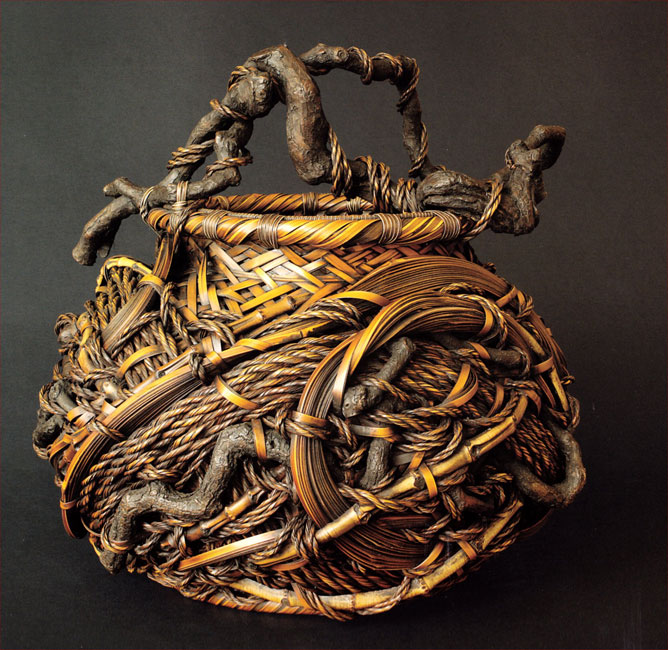 xposure to Western art in the decades after WWII pushed Japanese bamboo artists to explore and challenge the material in ways the previous centuries had not allowed. Today fewer than 100 living bamboo artists remain in all of Japan. This may be due to the fact that it takes a decade to apprentice with a master and decades still to establish one’s own style and voice. Today’s artists are not really considered until they are in their 50s or 60s. The method used to treat bamboo before it is ready to be made into a basket is not only a trade secret; it’s the singular key to the finished product’s longevity. Japanese baskets coated with lacquer that date from the late Paleolithic era have been found at excavation sites. Processes that involve boiling the bamboo and treating it to make it stable under tremendous stress and climate changes are only part of the technology behind the illusion of effortless creation. Most of the contemporary work produced by these living artists can be acquired through galleries such as TAI Gallery for $1,200 to $16,000 for exhibition-quality examples.