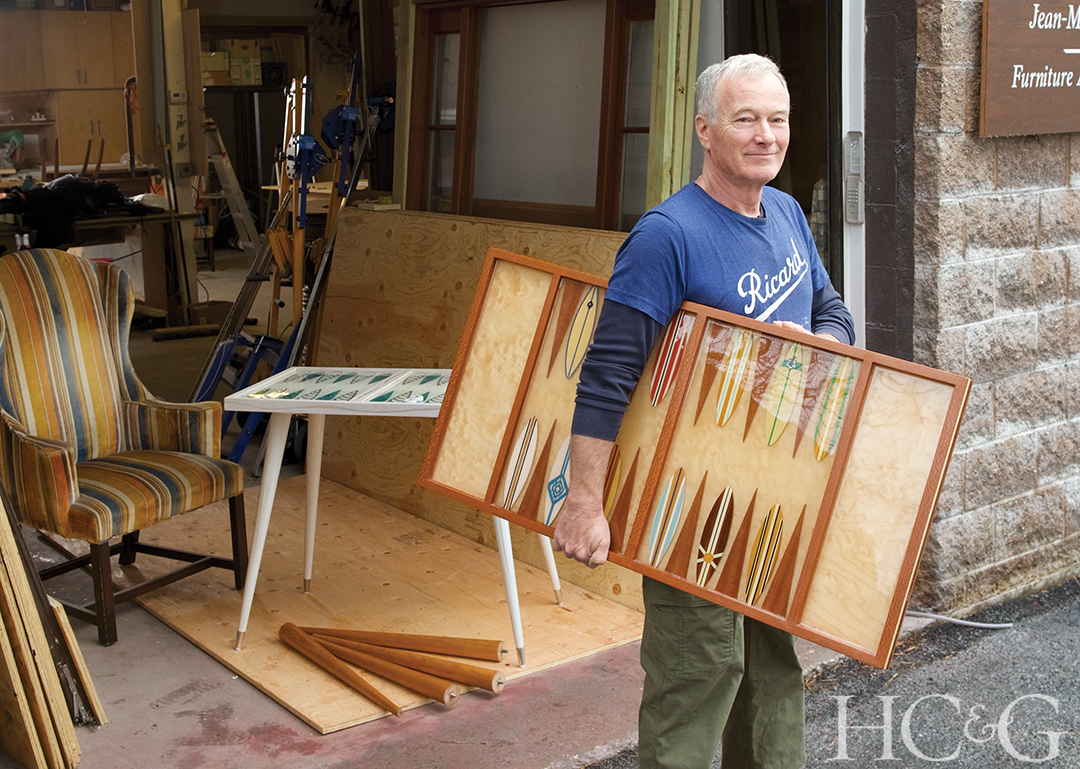 Jean-Michel Andriot wasn’t even an avid backgammon player when he decided to reinvent the game’s familiar board, variations of which date from 3000 b.c. But that worked to his advantage. “It was freeing,” says the native Frenchman, who resides in Westhampton Beach, “because I wasn’t tied to the tradition of the game.”

Andriot started scrutinizing the board’s format while watching his friends play one summer evening in 2016. “I thought, Why does it always look the same? It’s so two-dimensional and boring,” he says. “I wanted to bring life to the playing surface.”

During the following weeks, he began sketching different variations and thinking about what materials would add depth and interest—such as pewter, resin, and copper, all of which he had experience with in his former occupation as a professional car painter and in his current gig as a furniture fabricator and restorer. “I wanted to play with the original form and turn it into something that is a functional, beautiful piece of art for the home.” His twist: altering the shape and appearance of the conventional triangular points and, in some cases, enlarging the board and adding legs so that it functions as a game table. 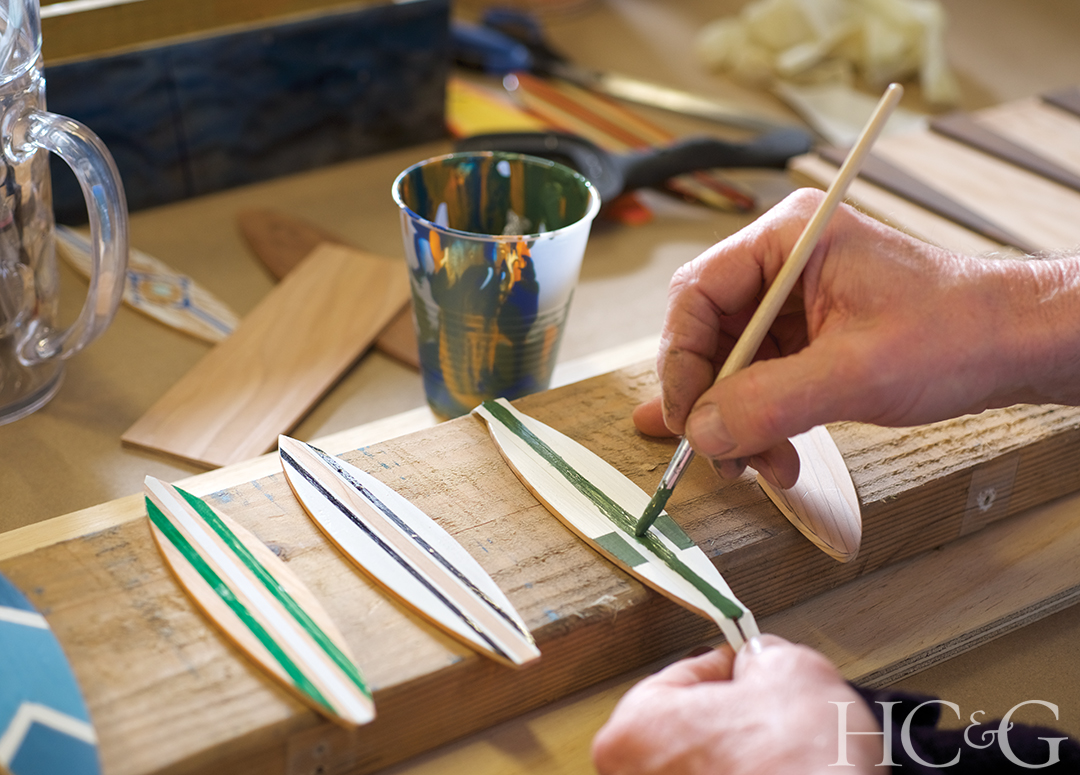 To create a backgammon table inspired by Montauk’s surf culture, Andriot retains the basic shape of 12 of the board’s 24 triangles and fashions the other 12 into surfboard shapes. The process, which can take upwards of two weeks, begins with Andriot cutting a slab of wood to size for the base (he works with several different exotic tree species), after which he cuts and glues thin pieces of contrasting wood to frame the perimeter. Next, he constructs a miniature surfboard to use as a template for the surfboard triangles, and does the same for the standard triangles. Andriot hand-paints different designs on each surfboard, glues all 24 points to the board in an alternating pattern, and then pours a layer of resin across the surface (a process he repeats twice in summer and up to four times in winter, depending on temperature and humidity differences). After the board dries and gets a coat of varnish, Andriot attaches four legs to the underside and brands the piece with his company label, Studio Jean-Michel. Finally, he constructs a matching wooden box to store the chips and dice. “I hope my backgammon boards are not just for play,” he says, “but transport people to the sea.”

A version of this article appeared in the July 15 2018 issue of HC&G (Hamptons Cottages & Gardens) with the headline: Game Changer.