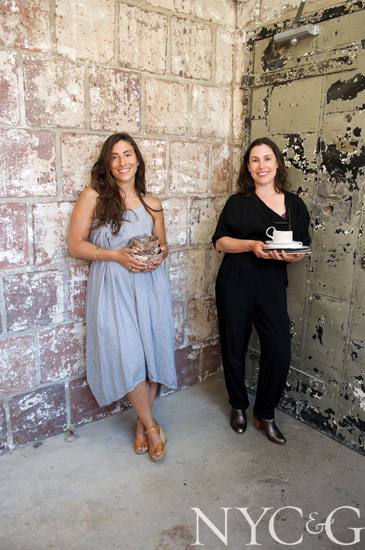 The “Mondays” logo underneath a bowl, plate, or mug does more than just indicate where it was made—a Clinton Hill ceramics studio with weathered brick walls and wood floors. It also tells a story.

Jennifer Fiore and Nina Lalli, longtime New Yorkers, were strangers to each other and to their craft when they attended a Monday evening ceramics class in 2011. But after nearly two years of lessons, the new friends started their own company, naming it for the day of their chance meeting. “We bonded over making ceramics and enjoyed discussing each other’s work,” Lalli recalls.

Simple, organic shapes in neutral tones are the team’s hallmark. “The clay drives the designs for us,” Lalli says of their stoneware and porcelain creations, which include tabletop and nontraditional vessels. “We often don’t use glaze, or we won’t fully cover a piece, so that its natural color is visible.” 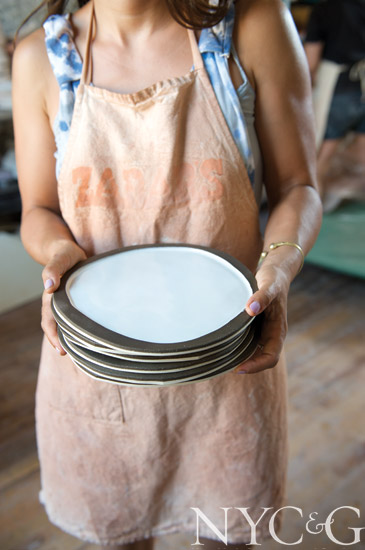 The women specialize in hand-building, working directly with clay instead of throwing it on a potter’s wheel. They use two techniques: pinching the clay by hand or working from a slab of clay, which they first flatten with a roller. Despite being partners, each woman practices her own technique. Fiore’s work is often fluid, whereas Lalli sticks to a more structured approach. “We like to show the composition, but in different ways,” explains Lalli. Once they complete their designs, the pieces are left to dry for several days, after which they go through a bisque firing and are occasionally glazed, then re-fired.

Mondays creations are available at local boutiques and are also in heavy rotation in the table settings at the popular farm-to-table restaurant Blue Hill at Stone Barns. “The slow food movement is huge, and people want tableware that’s as thoughtful as their food,” says Fiore. “But the most fun is meeting in the studio at least once a week. We like to catch up on what’s going on, both professionally and personally. It’s lucky we like each other so much!” 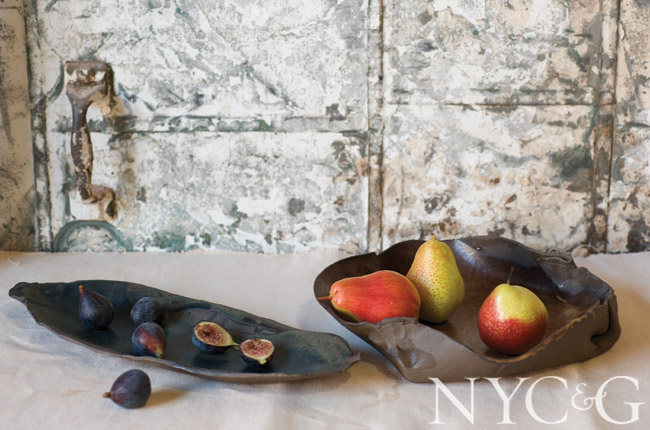 A version of this article appeared in the September 2015 issue of New York Cottages & Gardens with the headline: Happy Mondays.