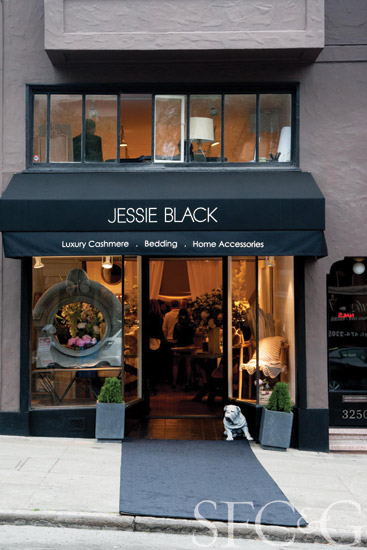 For San Francisco–based fashion designer Lan Jaenicke, shooting the short film Shadows and Light near Beijing’s Summer Palace yielded a work that not only garnered praise, but also an experience that influenced her eponymous women’s wear collection.

I was inspired by the roofs of the buildings, their lines,” says Jaenicke, pointing to the collar of her Aman coat, a piece whose pleats and exaggerated shape echo the ridges and sweeping curves of Chinese temples and palaces. Those architectural details are among the elements that first caught the attention of Jessie Black, owner of the Sacramento Street boutique that bears her name. “It was love at first sight—it really was,” says Black, who came across a Jaenicke cashmere jacket while shopping on Union Street last year. “Within 10 minutes of leaving the store, I called her.”

At the time, Black was preparing to open her own shop, which specializes in luxe Egyptian cotton bedding and cashmere accessories, and Jaenicke’s apparel was a perfect fit. “It’s all about luxury textures and timelessness,” says Black of their shared aesthetic. The garments sold so well, the duo decided to collaborate on a collection. “It’s based on Lan’s focus on form, cut and style,” says Black. “And the color palette is limited to what I really love and work with in the boutique.” Its light and airy interior is filled with elegantly understated wares set against a backdrop of white walls and wood finishes. 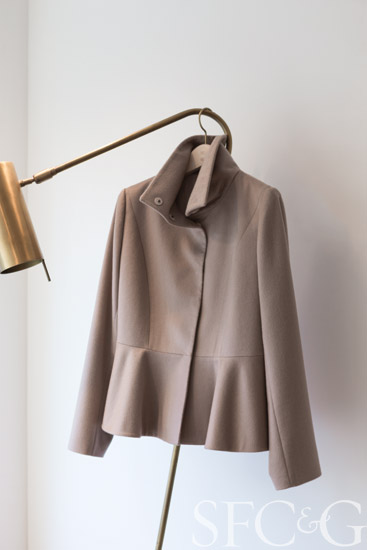 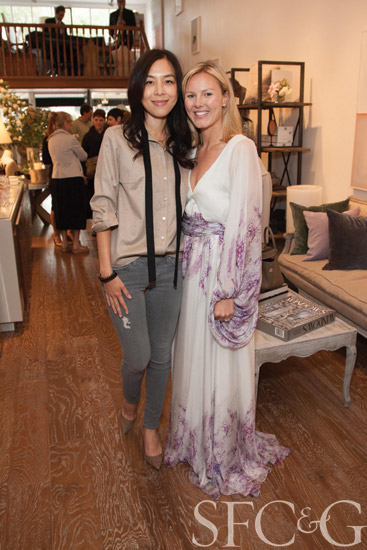 The Peplum jacket, for example, is offered in hues exclusive to the shop that Jaenicke describes as “very soft and fresh.” A mist-colored version features a stone colorblock in the back, an unexpected touch that, in addition to high-quality materials and construction, has become a Jaenicke signature. Black also stocks the Stamford coat, a Jaenicke staple, and the Ribbon shirt—a cashmere button-down with a ribbon gracing the neckline that can be worn loose and casual or tied into a chic bow. “The foundation is always the cleanness of the piece,” the designer explains. “But I always want to bring in a fresh element, a twist, something that is surprising for the client.”

While Jaenicke calls San Francisco home, most of her company’s production takes place in Los Angeles. “Everything is handmade, one piece at a time,” she says. The fibers continue to be sourced in Mongolia and woven in Shanghai. And while the pure cashmere jackets and coats are still Jaenicke’s métier, the range now includes silk and linen apparel that is also stocked at Jessie Black.

Standing beside a selection of her creations in the shop, Jaenicke elaborates on the collection’s minimalist, form-driven approach: “It’s about the woman who’s wearing the clothes, about accentuating her beauty with a clean-cut shape. When she comes into a room, the first impression is made by her silhouette, by the way she carries herself. That’s what draws attention and makes people say ‘wow.’”

A version of this article appeared in the February 2015 issue of San Francisco Cottages & Gardens with the headline: The Wardrobe Builders.