J&G Design takes the effort out of chic space makeovers

Sophistication meets approachable in the interior designs of Jennifer Beek and Georgie Hambright. 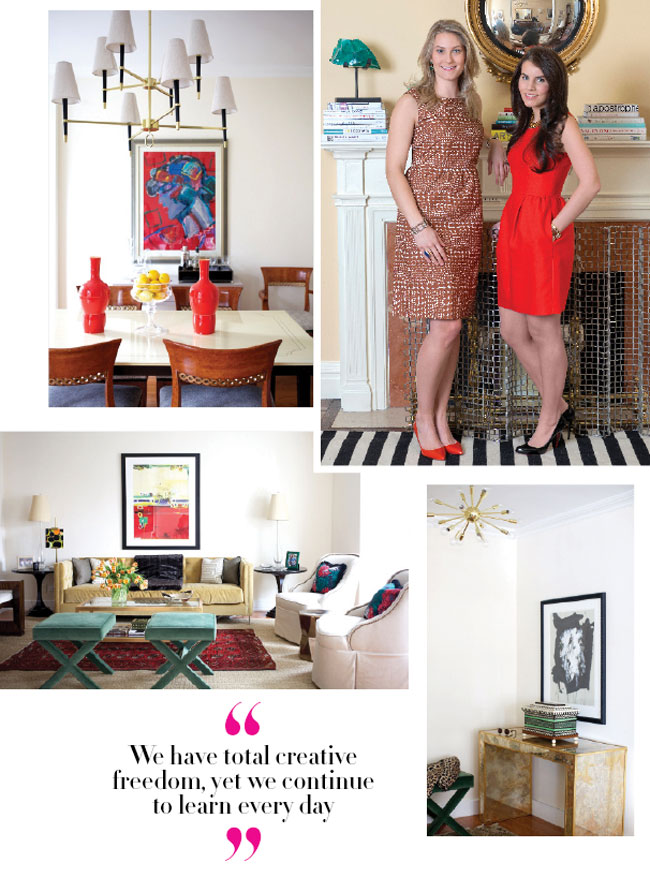 ★  WHO: Jennifer Beek and Georgie Hambright of J+G Design. Both graduates of the University of Texas in Austin, they once lived on the same block but didn’t meet until years later, while they were pursuing design careers in New York.

★  WHAT: With a focus on creating sophisticated yet approachable spaces, the designers understand the importance of high/low. “People need to work with budgets, but that should never take away from the design,” says Hambright. “We design spaces for a lot of young couples, and most of them just want to have dinner parties. We want to bring back the idea of having people in your home and entertaining.”

★  WHERE: “New construction in Brooklyn is where it’s happening now,” says Beek. “You get married, and then you move to Brooklyn. That’s where a lot of our clients seem to be migrating.” J+G Design is currently working on a two-bedroom Dumbo loft for a newly engaged couple. “They have never lived together before, so we have to manage their expectations,” says Hambright. “It’s
possible that some things from his bachelor pad might just accidentally fall off the truck!”

★  WHEN: After working for such design powerhouses as Bunny Williams and Albert Hadley, Beek and Hambright got their first project by happenstance. “It was a small studio
in the Financial District that we both worked on as a side job,” says Beek. “When we finished, we realized that all this fun we were having on our own would always be
just a side job if we kept working for other people.” They launched their firm a few months later, in March of this year.

★  WHY: “We have total creative freedom, yet we continue to learn every day,” says Hambright. “And we are always surrounded by beautiful things. That’s what makes this all worth it.”