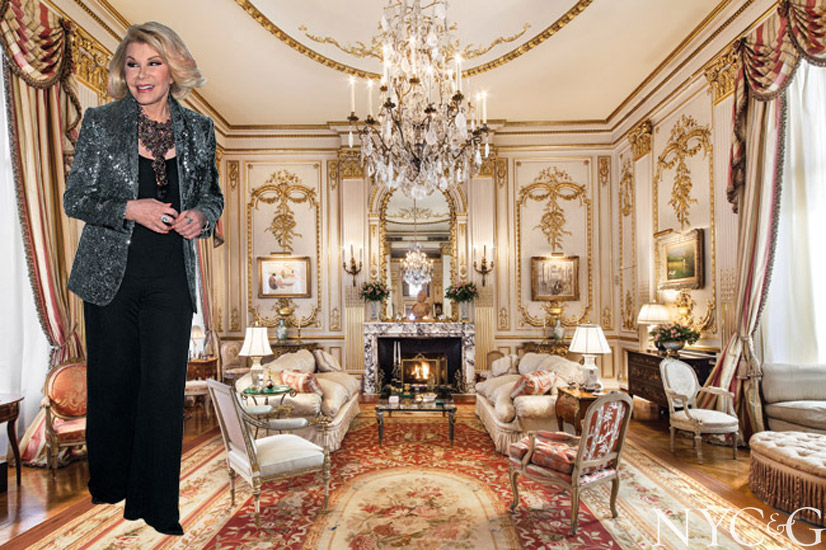 For a quarter century, Mrs. Edgar Rosenberg ran the condominium board at One East 62nd Street with an iron fist. “It’s the only area where you truly can’t joke around,” she once said—a funny sentiment, when you consider that Mrs. Rosenberg was known to everyone by her stage name: Joan Rivers. Now the late comedian is likely having the last laugh with the recent listing of her triplex penthouse for $28 million. The 5,100-square-foot spread sits atop a Gilded Age mansion and boasts five bedrooms, two terraces, five fireplaces, and a ballroom decorated in a style Rivers famously called “Louis XIV meets Fred and Ginger.”

“It’s beautifully done,” says Rivers’s longtime friend decorator Mario Buatta. “She entertained in the apartment all the time. I loved her and miss her very much, as do so many.” The penthouse has been on and off the market for the last four years, priced at $25 million and $29.5 million, and is currently listed with Corcoran’s Leighton Candler.

A version of this article appeared in the April 2015 issue of New York Cottages & Gardens with the headline: Deeds & Don'ts: Can We Talk?