A Hudson Valley woodworker stays true to the forest. 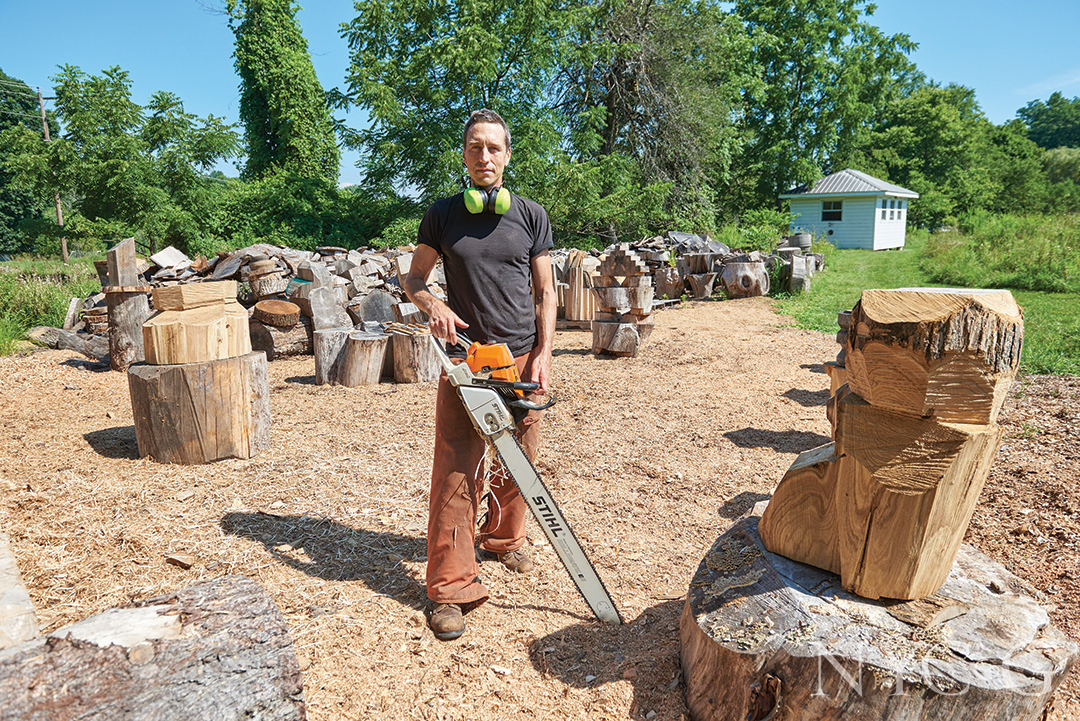 The dozens of tree stumps scattered across a field on Kieran Kinsella’s property in upstate Rosendale could be mistaken for a lumberyard’s castoffs. But these seemingly forlorn leftovers are pure gold to the woodworker, who carves them into sculptural tables and stools. “The life of a tree is visible in each of my pieces,” says Kinsella, referring to the wood’s knots, grains, and other special features. “There’s always a lot of character.”

Kinsella trained as a boat builder and timber framer before shifting gears to working with more unconventional silhouettes. “It started,” he recounts, with “the simplicity of putting pieces from a firewood pile to use.” Today his furniture is driven by his material, whether it’s reclaimed Northeast hardwoods like maple, oak, and walnut, or sawmill discards. “I have a few go-to shapes, but I always modify my designs based on the nature of the wood. I like to play with geometry and architecture.”

His Clover table, named for the leaf that inspired its undulating shape, rests atop four pointy legs, whereas his Macaroni bench resembles an upside down piece of the familiar pasta, supported on fang-like “teeth.” Finding the balance between sculpture and function is important to Kinsella, whose furniture is sold through the Manhattan showroom BDDW. 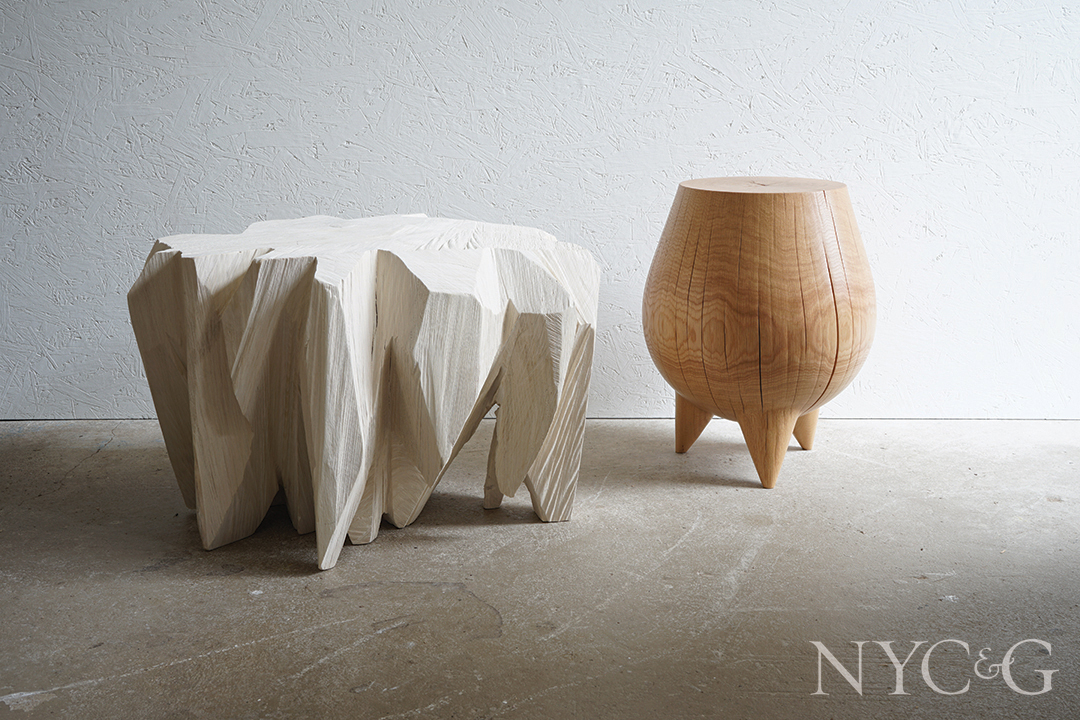 “It’s fun to work in a gray zone that doesn’t have a clear definition,” he says. Kinsella preps each stump at his home in Rosendale, shaving off bark with a chainsaw, before driving it to his studio in nearby Accord. Once there, the 75-to-100-pound chunk of wood is placed on a lathe and shaped with a chisel, after which Kinsella transfers it to a rolling worktable and carves out the legs with hand tools.

Sanding and kiln drying come next, and then the piece is finished with oil or torched to give it a charred appearance. “There’s continuity in the grain because nothing is glued on,” he comments. “You often don’t find that in furniture today.”

The print version of this article appeared with the headline: Going with the Grain.
Subscribe to C&G

This article appears in the November/December 2020 issue of NYC&G (New York Cottages & Gardens).

Thom Filicia Walks You Through His First-Ever Hardware Line

A Q&A with Anthony Baratta