Kykuit, a Historic American Treasure, is Less Than an Hour from Midtown Manhattan 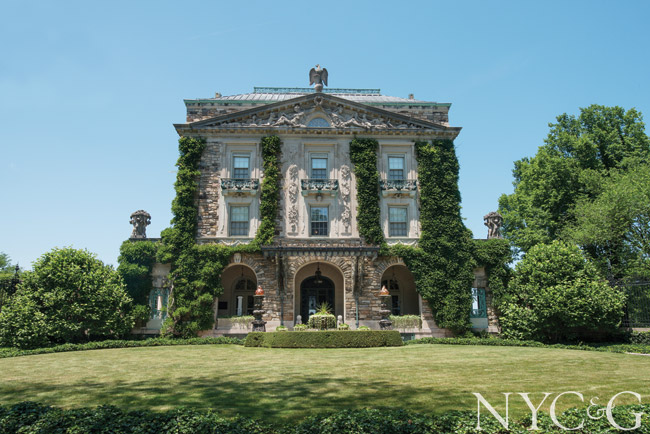 Early Dutch settlers in the lower Hudson Valley’s Pocantico Hills named the region’s highest point Kykuit, meaning lookout. At the turn of the last century, oil tycoon John D. Rockefeller smartly appropriated the name for his grand country residence there, completed in 1908 and oddly not visible from nearby roads, despite its majestic 40,000 square feet.

A visitor’s first view of Kykuit, seen from the carriage road that snakes its way up the knoll above the charming hamlet of Pocantico Hills, is one of total surprise: a stupendous example of American country house living, originally designed by Delano & Aldrich and substantially expanded in the years that followed. The property, now a part of the National Trust for Historic Preservation, is open for tours May 2–November 8 through Historic Hudson Valley.

Looking eastward, the eye can see all the way to White Plains, while to the west an idyllic view of the Hudson River beckons, punctuated with the northern end of the Palisades, which the Rockefeller family helped save from development. But what comes through most clearly is the exquisite proportions of the house and gardens, down to the assiduous placement of Governor Nelson Rockefeller’s extensive outdoor sculpture collection.

William Welles Bosworth designed the gardens, and Ogden Codman, Jr., created the interiors. The gardens reflect Codman’s references to William Kent, the 18th-century architect who designed entire environments, including landscapes for his clients, and the Beaux-Arts garden plan is divided into intimate “rooms,” demarcated by rusticated stonework. The inner garden has a Moorish theme, with a canal and a small fountain featuring a sculpted fountainhead by F. M. L. Tonetti, who also created the tympanum on the house’s façade and most of the other site-specific carvings on the home and grounds. Centered on the canal is Aristide Maillol’s 1930 Bather Putting Up Her Hair. 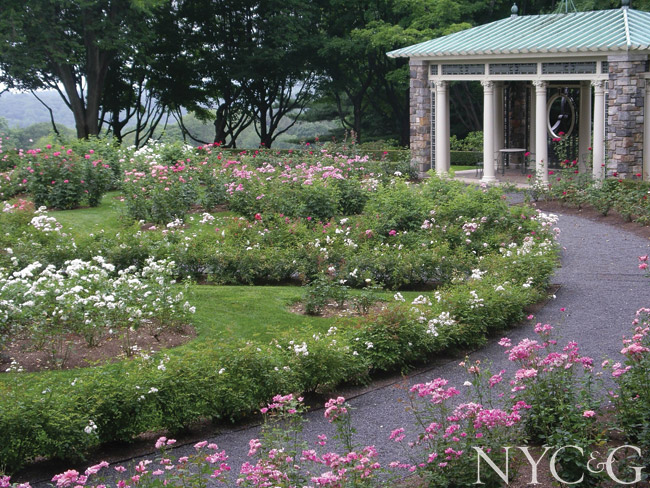 A tearoom inspired by ancient Rome opens onto the west terrace, which was furnished with wicker and carpets when the family was in residence. The terrace’s parapet now functions as a gallery of 20th-century sculpture, including David Smith’s see-through Banquet (1951). Nelson Rockefeller even commissioned works for specific sites at Kykuit, such as Alexander Calder’s 1966 Large Spiny (an amped-up version of the circa-1939 Spiny at the Museum of Modern Art), given a special spot on the western slope, alongside a swath of pollarded sugar maples.

“Nelson Rockefeller had a very keen sense of balance and scale, and the sculptures moved around a lot while he was at Kykuit,” says Cynthia Bronson Altman, the curator of the collections for the Rockefeller Brothers Fund, which administers and maintains the property. “We wouldn’t think of moving the sculptures unless there were condition issues. Generally, the idea is to show the house as it was left in 1979, the year Rockefeller died.” 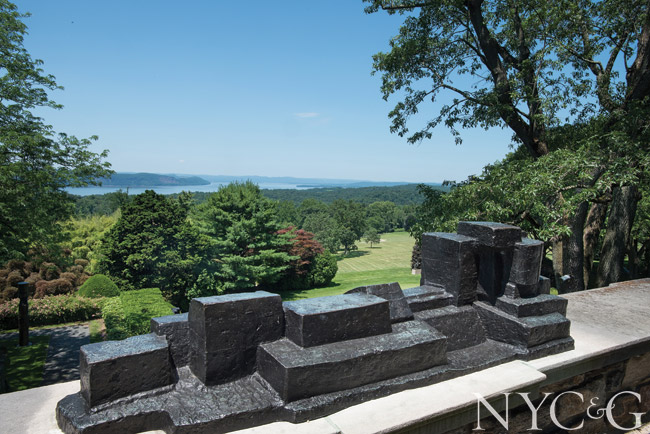 A version of this article appeared in the May/June 2015 issue of Connecticut Cottages & Gardens with the headline: Kykuit.