Inspired by a visit to the Spanish island Formentera many years ago, interior designer Juan Montoya has created an idyllic masterpiece on more than a hundred wodded acres in Garrison—and a gorgeous new book, out this month from Monacelli 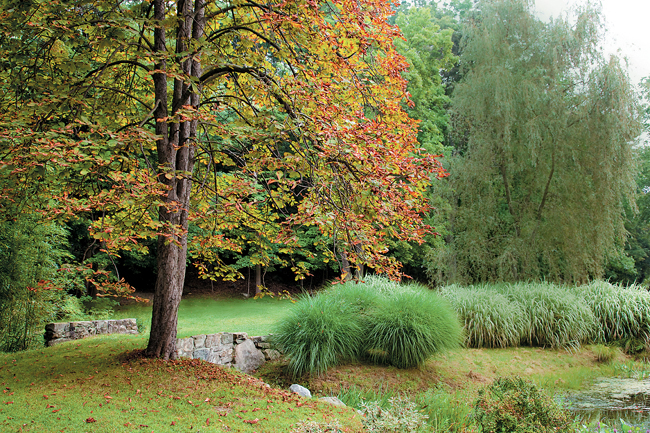 Montoya purchased the property in 1982 and spent nearly two years studying the land before thinning the woods, turning a stream into a lake, and rebuilding and moving existing stone walls. 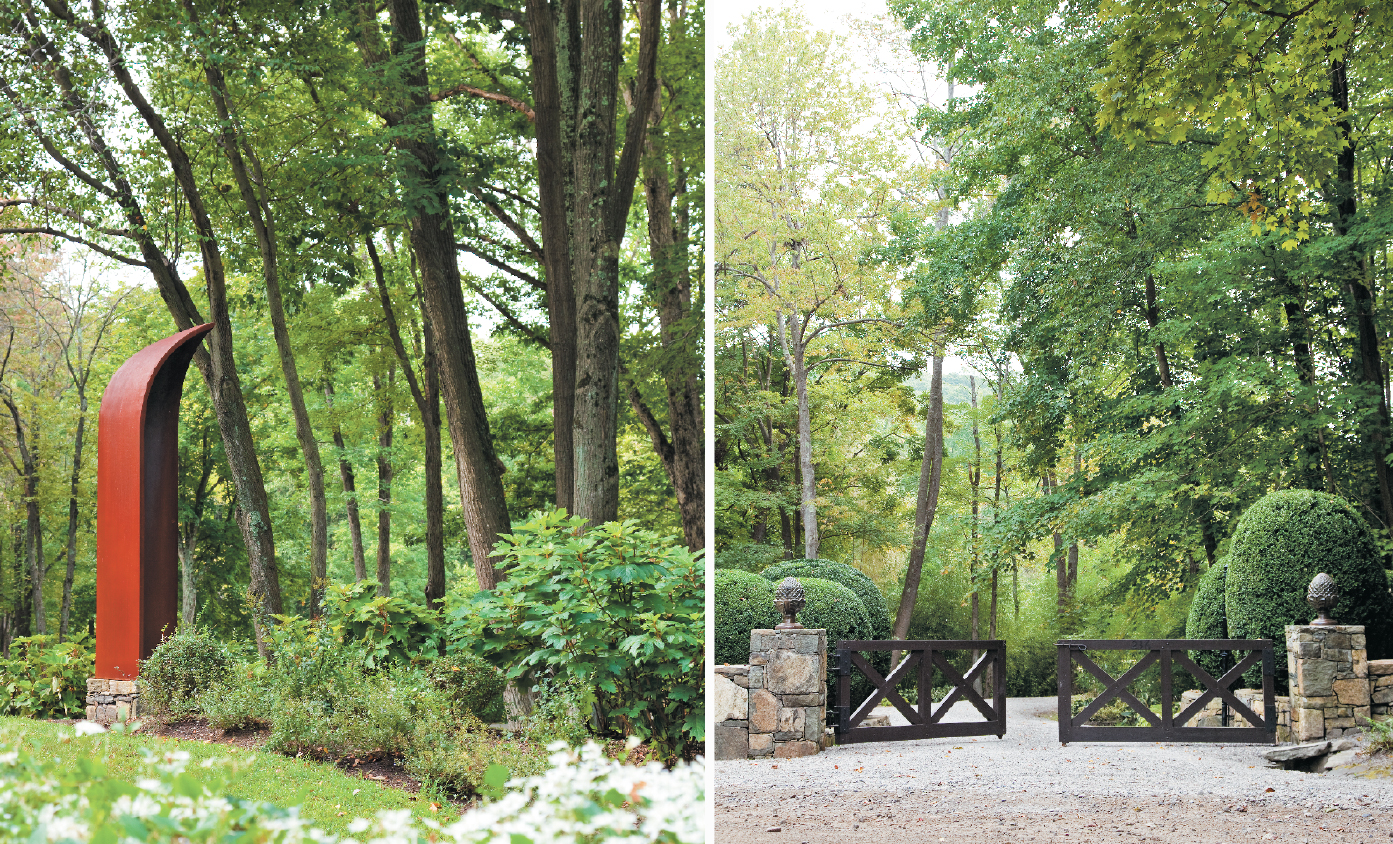 A canoe sculpture, one of two on the property designed by Montoya, is meant “to give you a focal point,” he says. “It’s not supposed to illuminate you as an artwork would.” Oakleaf hydrangeas and boxwood define the edge of the encroaching woods.

The piers to the entrance gates were made from the property’s plentiful native granite, which reminds Montoya of the terrain on Formentera, one of Spain’s Balearic Islands. “I’m not a landscape architect,” he says, “but I know what I like, and I know what makes sense on a property.” 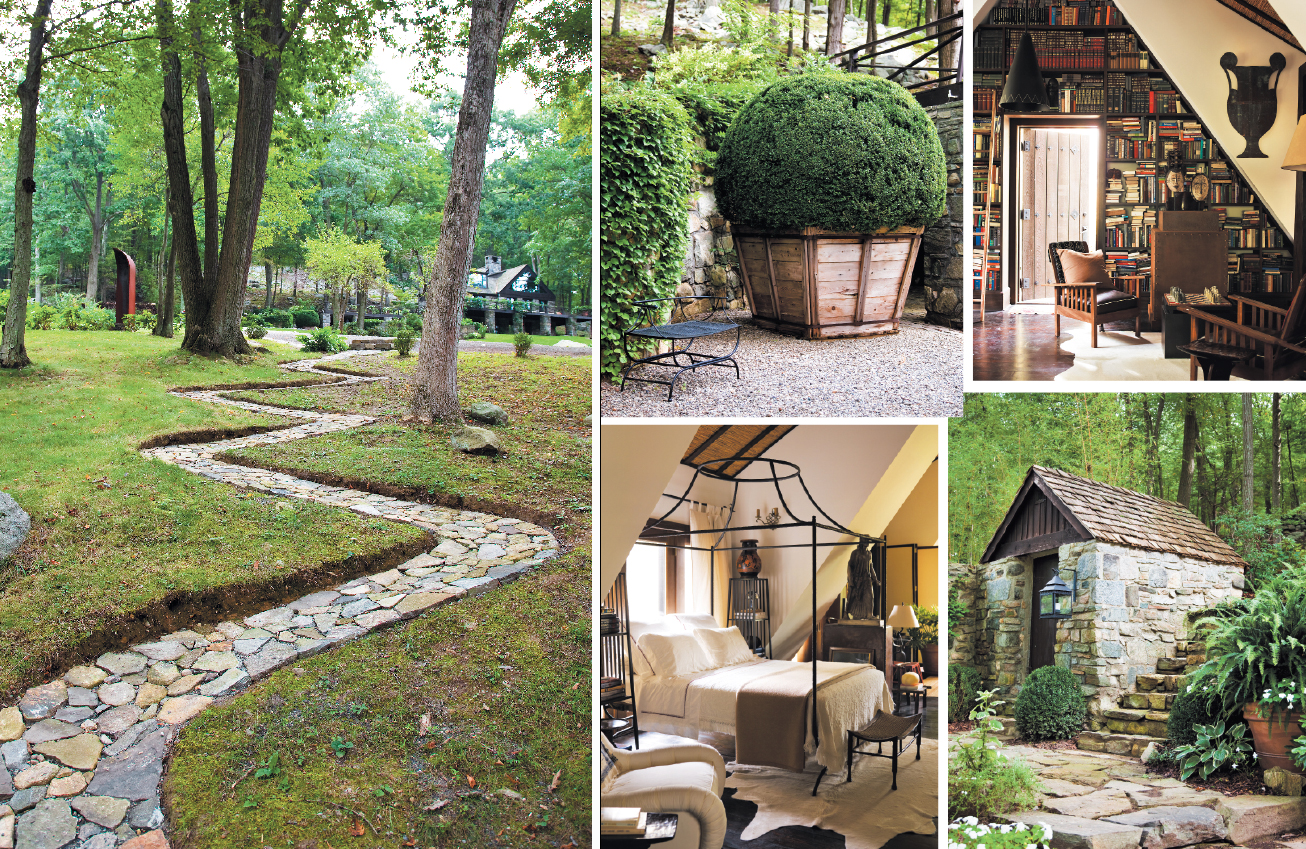 A hand-laid stone pathway (left) cuts through moss that Montoya has encouraged to grow throughout the landscape and leads toward the circa-1930s main house. Built in the ’90s, the guesthouse (opposite) features on open-plan room where bleached calfskins cover the floors and bamboo is used on the ceilings to create texture and a sense of continuity. Indoor and outdoor “rooms” are the result of much careful thought, including (clockwise from top left) a pebbled terrace anchored by a massive boxwood, a library with a pair of 19th-century Austrian chairs, a charming stone shed, and a sleeping area featuring a pair of étagères from Century Furniture and a wrought-iron bed, all designed by Montoya. 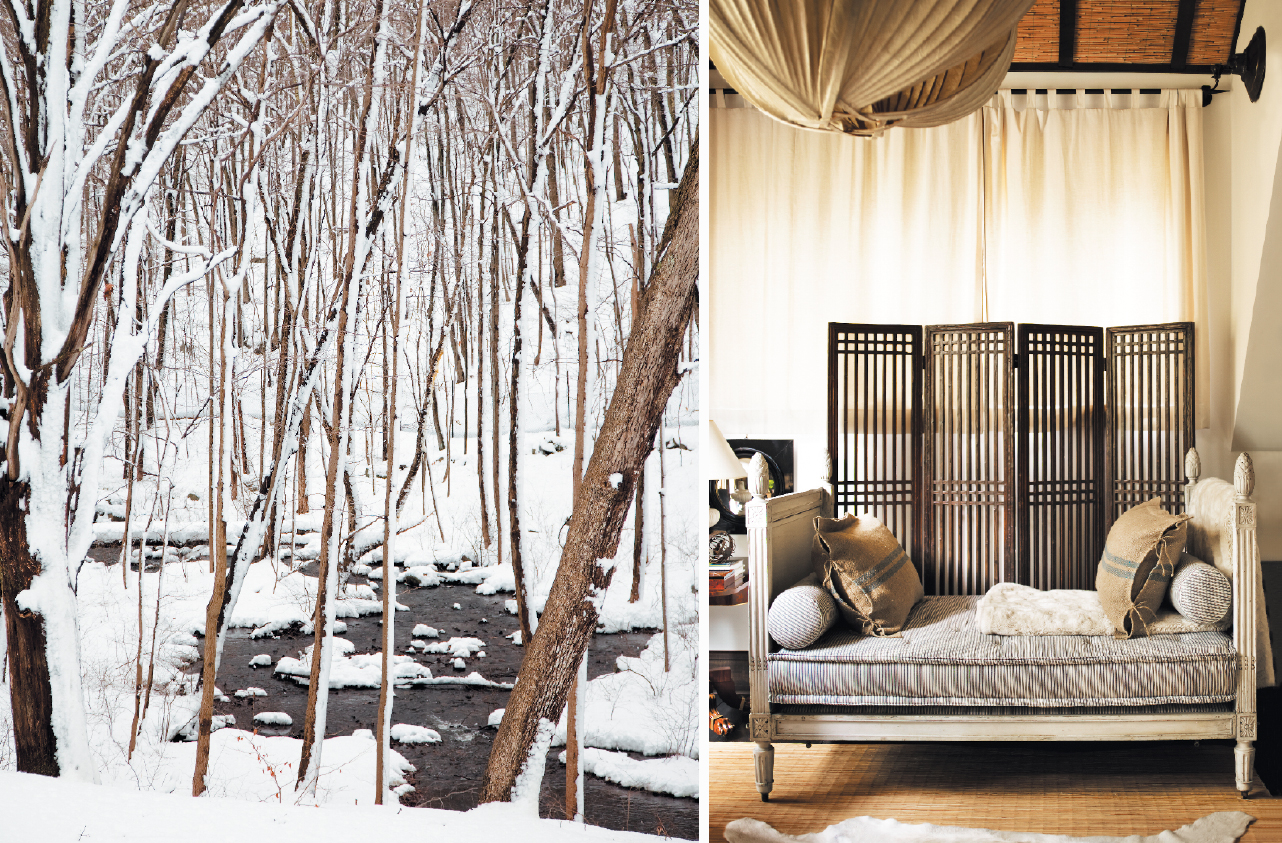 “This is a complete environment, where the indoors and outdoors have a dialogue with each other,” says Montoya. The house is positioned at the highest point of the property to take advantage of the woodland views at all times of the year (left). In another corner of the guesthouse (right), Montoya’s soft palette is further enriched by an early-19th-century French daybed made for a Swedish king.