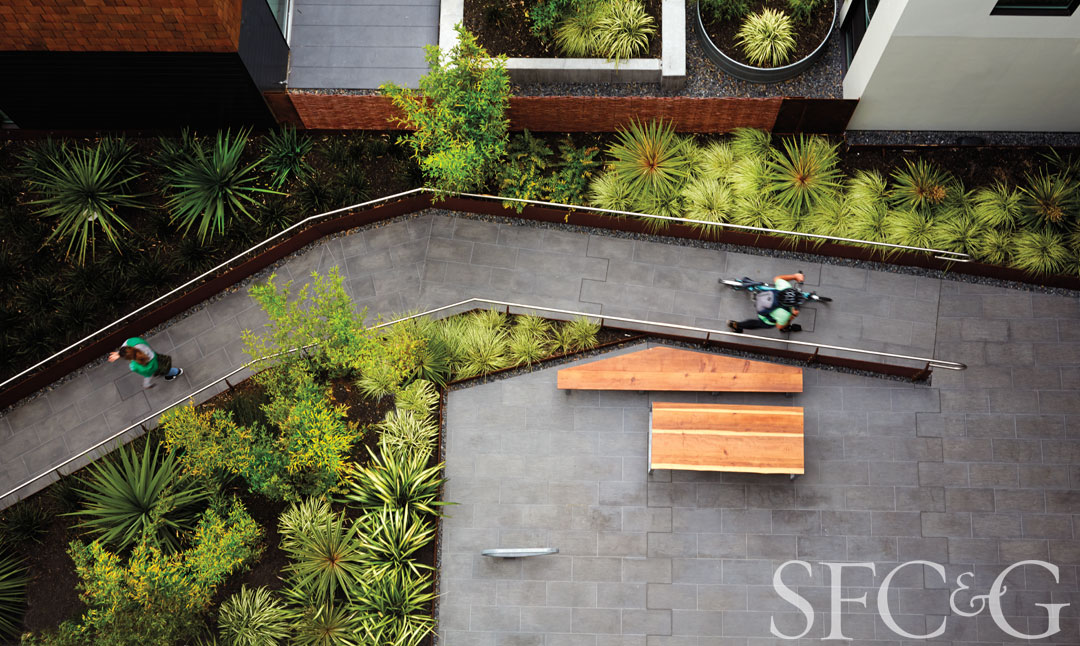 Earlier in his career, Fletcher worked for Mia Lehrer + Associates on the Los Angeles River master plan; in 2008, he transplanted his practice to the Bay Area when wife Jennifer Dunlop Fletcher was recruited by SFMOMA (she now heads up its department of architecture and design). The just-opened, comprehensive redesign of South Park is the first of several new public works. We caught up with him recently to chat about his studio and the profession.

South Park is such a special neighborhood. How does your design for the park reflect its culture?
It was important that the design respond to how people are using outdoor space now. It offers lots of seating and areas for interaction, and creates a single pathway to compel all the different users of the park to mingle. We also wanted a playground that all ages—not just kids—would find fun. We came up with this sculptural play structure that is inspired by old rollercoasters; it’s great to see that our experiment worked and everyone is actually using it! There’s a lightning bolt-shaped bench that is a personal tribute to David Bowie. I think every site deserves its own concept and narrative. 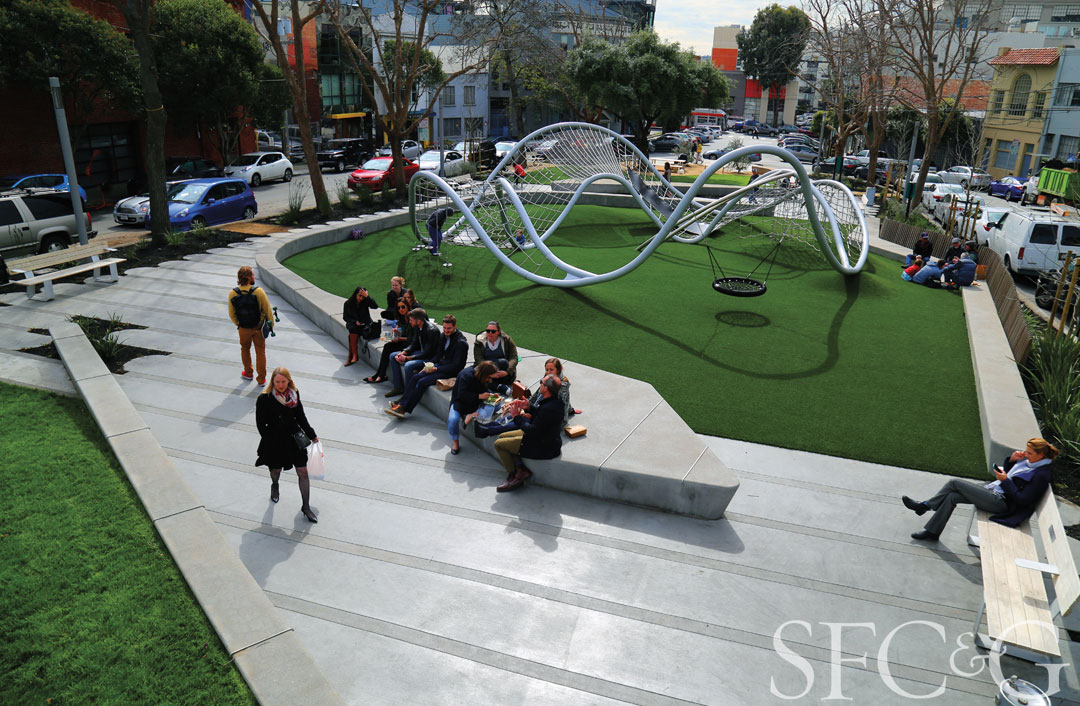 What projects are you working on now?
We’re doing a master plan for Dogpatch, including three parks: Esprit Park, the crown jewel; Warm Water Cove, a waterfront nature park; and Tunnel Top Park, over the Caltrain tunnel. We’re still in the early stages, but all three parks are very different.

Speaking of urban green spaces, the High Line in New York City really sparked people’s imaginations. Do you think we have the potential to do something like that here?
Yes, I think we’ve realized the power of public spaces to catalyze change, for very little relative cost. All sorts of infrastructures could be reinvigorated, including spaces under freeways and post-industrial waterfront. It’s one reason why we find the Dogpatch district fascinating.

What advice do you have for residential landscapes?
It’s great to see the shift from the European estate-based garden—the archetypical front lawn is based on that model—to what makes sense here. Our biggest challenges in California are climate and water. In our projects, we try to use plants that are not reliant on life-support systems. We love succulents; they are living sculptures. If something needs a lot of work to thrive, why not make it functional and provide food? There are so many edible plants that are beautiful.

A version of this article appeared in the April/May 2017 issue of SFC&G (San Francisco Cottages & Gardens) with the headline: Civic Centered.

The futuristic, spaceship-like villa nestled in the hills above the Las Flores Canyon watches over all of Malibu.