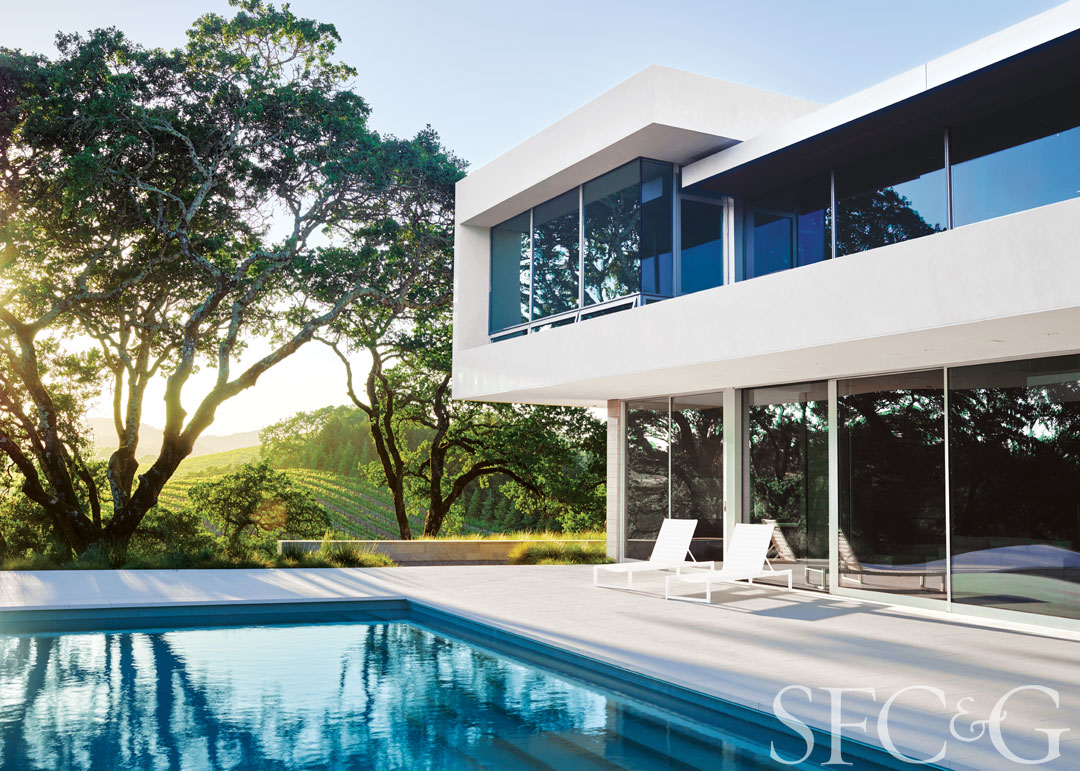 One of the guiding principles of California modernist architecture is that the built and natural landscapes relate. When Bernard Trainor, one of the Bay Area’s leading landscape designers, visited a 20-acre Sonoma County vineyard, he saw terrain that could be brought into perfect dialogue with the property’s new private home. The sleek, sculptural residence, designed by San Francisco’s Swatt | Miers Architects, was perched high upon a knoll, surrounded by majestic blue oaks and pinot noir vineyards. Trainor and his firm created a dynamic landscape in which hardscaping and softscaping intersect, artfully framing the modernist structure: Here, stone and gravel, sky and grass meet to create an artful setting.

The 5,000-square-foot residence was designed by Swatt | Miers principal Robert Swatt and his team for a client in the tech industry who wanted a home that was as sharp and clean as an Apple laptop—a spatially exciting property where they could soak up the natural beauty around them. Swatt, who studied with Los Angeles modernist master Ray Kappe, notes, “We decided to keep it crisp and modern—this white building set in the landscape.” Composed of white planes of indigenous stone and plaster, the house’s elongated “T” shape creates a private entry courtyard on the north side, while the south side is entirely glass, capitalizing on the breathtaking vineyard views. 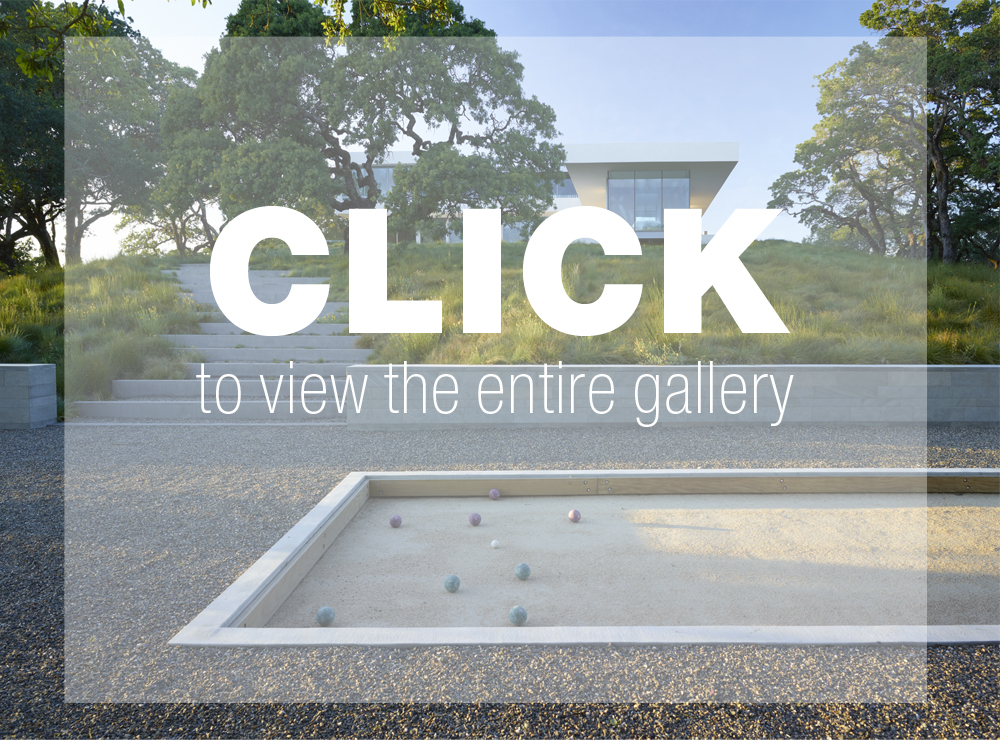 Trainor had a clear vision for the landscape: to create a unified flow in which modern architecture meets natural terrain, and to utilize indigenous materials to provide a deep connection with the region. “When Bernard sees the architecture, he understands what we are trying to say,” says Swatt. “He’s really perceptive about place and landscape. He wants to make the architecture better.”

At the front of the property, Trainor created a courtyard of poured-in-place concrete pavers that mirrors the shape of the home and creates a meditative approach to the entrance. Low, slender, white walls also frame a small courtyard of native fescue grass, their long, rustling leaves brushing up against the stone. “There is a quietness that resembles a Japanese garden­—it’s very restful and understated,” he notes.

At the back of the home, just beyond the infinity-edge pool, a mixed meadow of native grasses extends for an acre, with wildflowers providing pops of color. “What was cool was that we sculpted the land,” says Trainor. “There’s a beautiful knoll that floats above the vineyards—a rare topography—and we subtly regraded it to support the house and create the elegant slope.” Trainor also designed a dramatic, terraced concrete stairway that slices through the grassland to the lower part of the property. There, a gravel courtyard framed in stone contains a bocce court, fire pit and a serene seating area. From there, the vineyards can be seen rolling out into the distance, a visual feast of cultivated nature.

A version of this article appeared in the April/May 2017 issue of SFC&G (San Francisco Cottages & Gardens) with the headline: Prairie House.