There were a number of challenges to creating a garden, including a serious lack of water and tricky topography. Under Katie Brown’s watch, the landscape has become a winding patchwork of calm and cozy, discrete garden spaces.

There wasn’t much to begin with—no flowers, no gardens surrounding the charming, late-19th-century Greenwich carriage house—just a sprinkling of old stone walls and 100-year-old trees. “Gardening is always problem solving,” says landscape designer Katie Brown. In the mid-1980s, Brown spent a year visiting British gardens; she then earned a certificate in landscape design from the New York Botanical Gardens. Ever since, Brown has designed residential gardens in Fairfield and Westchester counties. The challenge with this property, however, was different since it was her own. 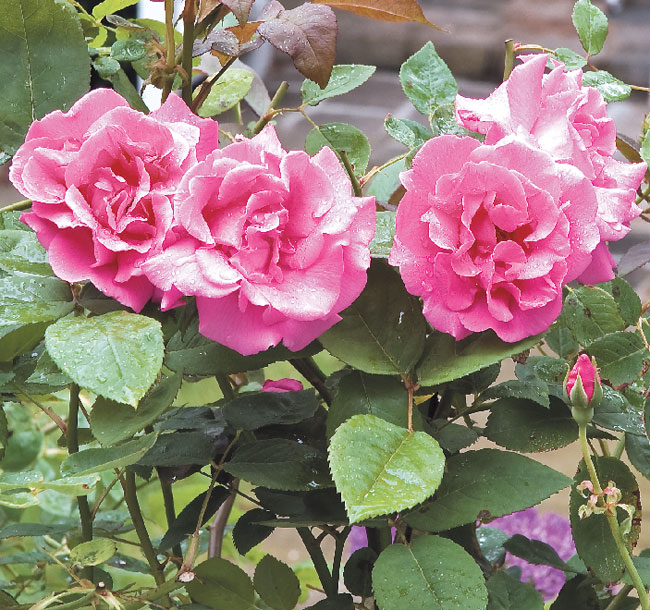 Katie Brown, Bill Gedale and their blended family of four children moved into the carriage house almost 20 years ago. (The newly renovated home was featured in the January 2013 issue of this magazine.) There were a number of challenges to creating a garden, including a serious lack of water and tricky topography. Digging a well was the easy part. “The ground level changes,” says Brown, “and the conditions vary from shade to sun and back again as you walk around the house.”

Under Brown’s watch, the landscape has become a winding patchwork of calm and cozy, discrete garden spaces, shifting in character from one to the next. The approach to the front of the house is through a wrought-iron gate, which leads to a rose garden that climbs along a retaining wall. Continuing downhill, a shaded walkway opens to an exuberant, pool-side border. Further around the back of the house, there’s a pergola covered with New Dawn roses and violet clematis. Brown brought in local contractor Curtis Spatavento to help organize the terrain; he has worked on the property’s stone walks and landscaping ever since. 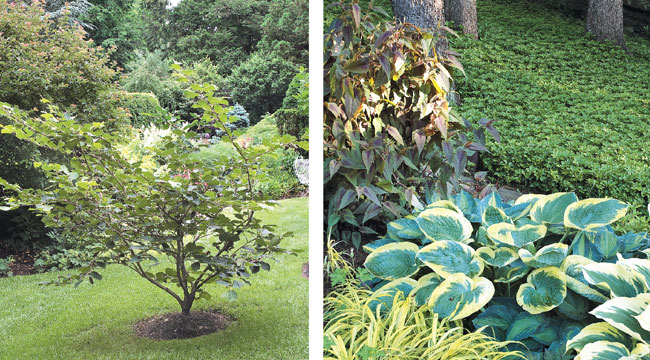 The effect today looks planned but easygoing, not overworked. “You always want something interesting to look at,” she says. At the back of the house, the shady canopy of Norway spruce was simplified and strengthened with the addition of pachysandra as ground cover. A stand of Jacquemontii birch was added, she says, as “white sculptures.” Along the shady walkway from the house to the swimming pool, a low border alternates mounds of subdued gray, chartreuse and burgundy perennials: lamium, painted fern, heuchera “Pewter Veil,” alchemilla mollis. 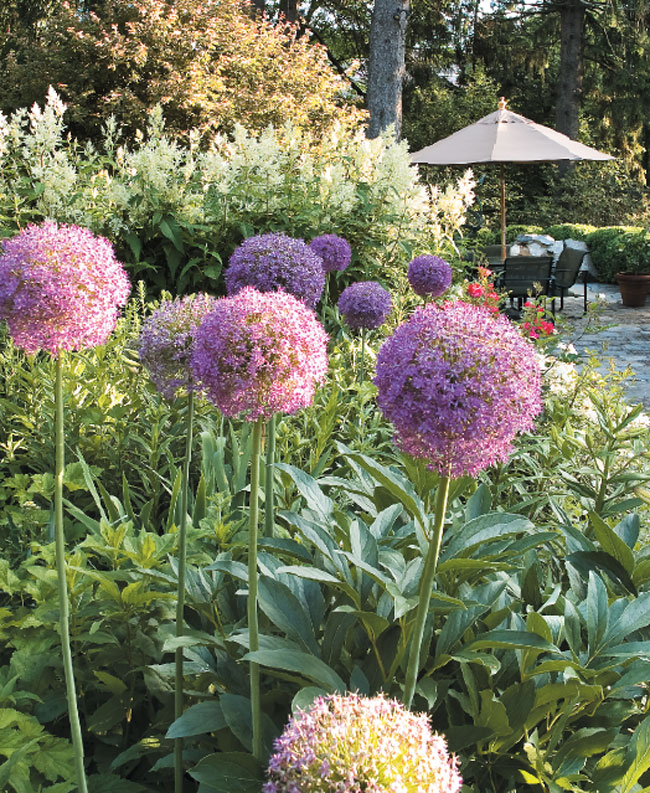 Native to Richmond, Virginia, Brown incorporated some Southern plants into the garden as well.  Aucuba “Mr. Goldstrike,” was one of her mother’s favorites. And there’s crepe myrtle and four Bracken’s Brown Beauty evergreen magnolias. “We redid our kitchen so that we have views into the garden all year round,” she explains. Witch hazel blooms through winter, redbud in early spring. “The garden is never static,” says Brown, both for better and for worse. Eight trees were lost last November due to Hurricane Sandy, including a Norway spruce that supported a spectacular climbing hydrangea.

But where there’s change, there’s opportunity.

Brown is planning on planting another Southern magnolia where the Norway spruce came out, and the bank at the right of the house is a clean slate: “a witch hazel, ‘Arnold’s Promise,’” she thinks.

click here for a gAllery view of images of this easygoing, informal garden