From Vita Sackville West’s gardens at Sissinghurst Castle, and Stourhead’s lakeside tulip trees and redwoods to the Pagoda vistas at the Royal Botanic Gardens, Kew, Britain’s ornamental landscape owes an abiding debt to the plants of North America. 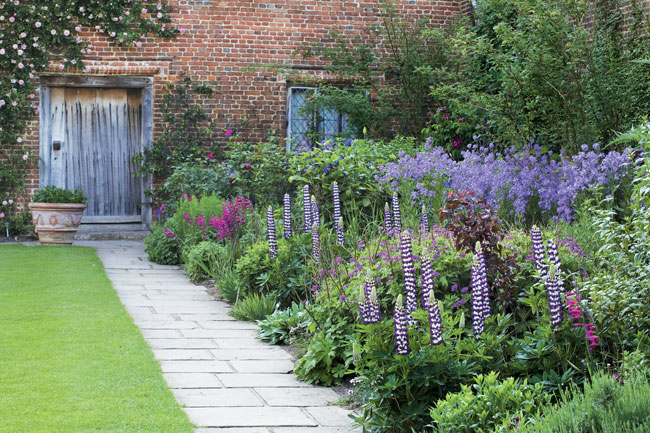 The special relationship between the U.S. and the U.K. has long been acknowledged. But older than politics, culture and diplomacy—and to the green-fingered fraternity, far more interesting—is another link: America’s native flora. From Vita Sackville West’s beloved gardens at Sissinghurst Castle with its lupins, phlox and asters, and Stourhead’s lakeside plantings of tulip trees, giant and coast redwoods to the Pagoda vistas at the Royal Botanic Gardens, Kew, Britain’s ornamental landscape owes an abiding debt to the plants of North America.

The Mayflower had scarcely disgorged her passengers before the plants were flooding back to England. Grandfather of plant hunting John Tradescant the Younger kicked it off with species from Virginia, and by the mid-16th century, more than 100 U.S. species were growing in the U.K., including the now omnipresent tulip tree (Liriodendron tulipifera) and Virginia creeper (Parthenocissus quinquefolia). By the early 1700s, American John Bartram had widened the search with literally hundreds of new species being sent to England. This plant-hunting craze lasted well into the 19th century with the likes of Archibald Menzies, James Drummond and David Douglas, until floral attentions were diverted to the east. 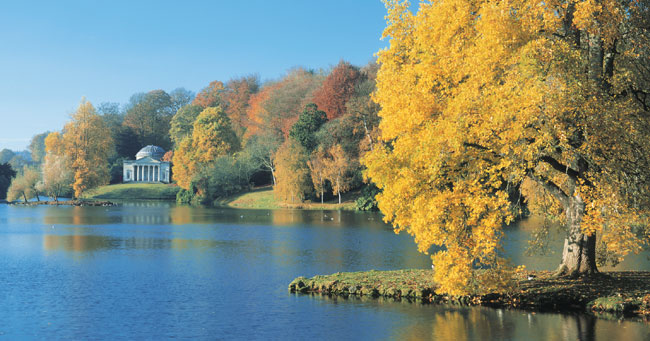 Every British country house and stately home coveted plant collections from North America. Even today, a clump of giant redwood (Sequoiadendron giganteum), an avenue of  Pin oak (Quercus palustris) or a wall-trained Magnolia grandiflora are the classic botanical markers of an historic home or park.

I’ve always loved North American flora. But it was only on a travel scholarship whilst studying at the Royal Botanic Gardens, Kew, that I fully realized the sheer diversity of plant species. And the way they’ve evolved and adapted to particular environments in America is mind-blowing; bogs, chockfull of plant types ranging from microscopic bladderworts to the mighty bald cypress, mountains covered in white pine (Pinus strobus), calico (Kalmia latifolia) and pepperbush (Clethra acuminata).

This may go some way to explaining their popularity in Britain—a case of a plant for every situation. In the U.K., there are two native species of oak; in the U.S. there are more than 150, all of which will grow and thrive here. Most of them love Britain’s wet temperate climate and fertile soil, so similar to vast areas of America. So we can have oaks with autumn color, variable leaf shapes, attractive bark, tolerant of wet or dry conditions. To the plant lover past and present, it’s the floral equivalent of the child in the sweet shop. 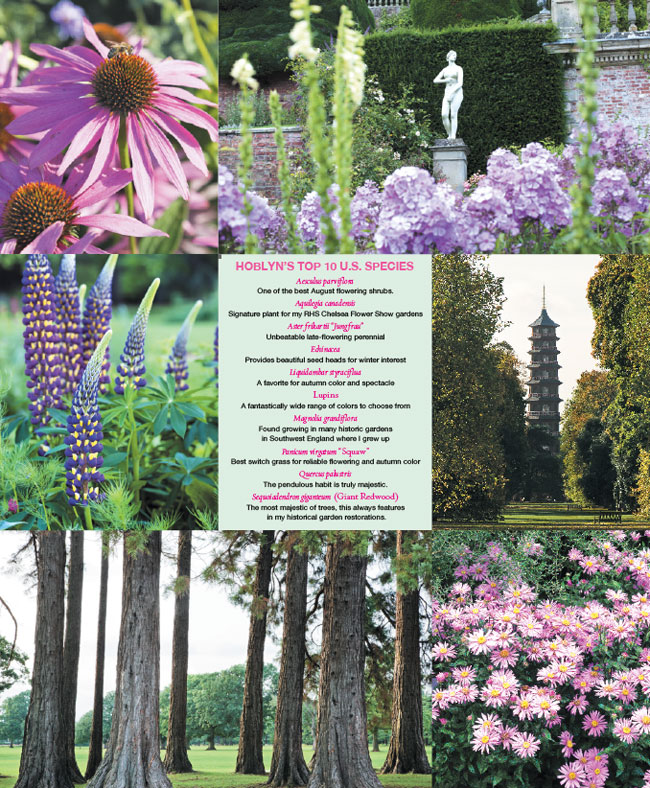 American flora have continued their influence through modern times. The recent trend of naturalistic planting schemes requiring low input of labor and resources are the mainstay of British open spaces. They rely on American species
that are tough, wildlife-friendly, yet beautiful. The 2012 London Olympic Park proudly displayed a prairie-style border using only American species.

The continuing botanical passion of U.S. gardeners and nurseries has led to much plant breeding and search for natural selections on a par with European horticulture, and a constant flow of new introductions still arrives on our shores today. As a garden designer and restorer of historical landscapes, I have more reason than most to appreciate this long-standing cultural exchange. I would like to say thank you, and keep ’em coming.

Thomas Hoblyn is a multi-award-winning landscape and garden designer based in Suffolk, England, thomashoblyn.com.