From Sharon to Greenwich: imaginative solutions for landscaping grounds of any size. 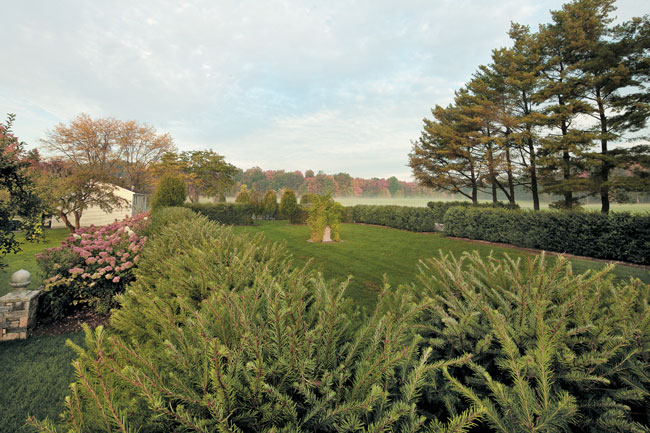 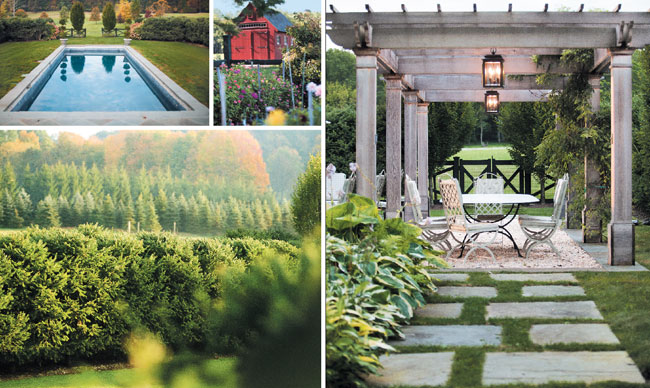 At a former christmas tree farm, inspired landscape design honors the past with a design for the present

Janice Parker began working with Turkey Hill owners interior designer Darren Henault and Michael Bassett when the property was still a somewhat-derelict Christmas tree farm. “At one point, the tree farm could have all gone away,” says Parker. Instead, they decided to honor the agrarian roots of the site and, in an inspired moment, use the crop of Douglas firs as the raw stuff of hedges.

“It was irresistible,” notes Parker. A crew was able to move eight trees per day, and with those trees, she created double hedges surrounding two large garden rooms: the pool garden and a lawn room. She figures they used about 400 of the existing fir trees.

An extensive site study revealed several mature trees also worth preserving: Maples, fruit trees and chestnuts, plus two weeping Norway spruces. A large old apple is at the center of a broad arc of new, spicy-scented Korean lilacs, which frames the end of one lawn and partially screens the orchard behind, an area created from where the 400 Christmas trees were removed.

“The process of construction is also the process of destruction,” Parker says. “This used to worry me a lot. But Mother Nature is incredibly generous, and if you show some respect and give it a little time, she will take care of the rest.”

Forty-acre Turkey Hill, a work in progress, is still offering opportunities for development in every direction. “The clients were willing to take the risk,” says Parker. “In fact the best line of the project—and it is from my clients—is ‘Go big or go home!’” 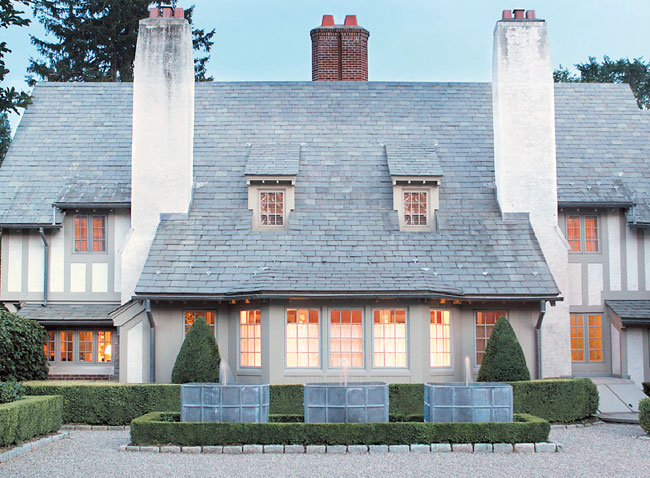 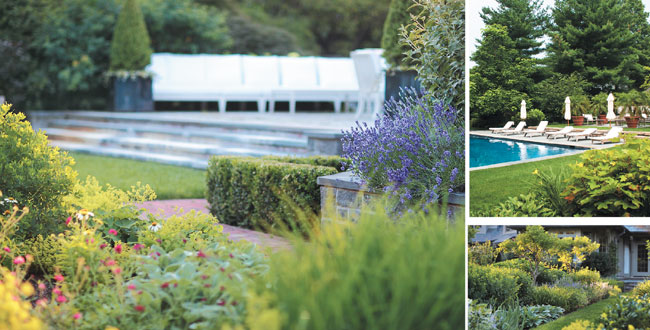 A young couple with children purchased a relatively new Greenwich stone manor house with lots of Old-World charm and then called upon Doyle Herman Design Associates, a firm known for clean classic plantings, to create the perfect garden to fit family and home. Doyle Herman pulled it all together tidily with a grid of garden spaces defined by creative hedging and softly flowering perennial beds. There is a disciplined rhythm to the plantings, beginning at the front of the house.

The approach to the home is bordered by a regular allée of white-flowering magnolias set in matched, square, boxwood parterres. This double-line of 10 trees directs attention to the entrance of the rambling, Tudor-style house. The house, in fact, forms a giant “C”, open to the front, with two large arms wrapping up to either side and dotted with an asymmetrical assortment of bays, balconies and bump-outs. Doyle Herman lends order to and enlivens the gravel yard inside that giant “C” with three fountains—planters imported from the United Kingdom, then refitted with spouts—to add the element of sound to the area.

Tour de force trimmed box hedges—a signature of the firm—punctuated with taxis pyramids and domed box muffin-tops lend a feeling of formality near the house. But this formality falls off as you move into the backyard, with its patchwork of gardens and outdoor living spaces. 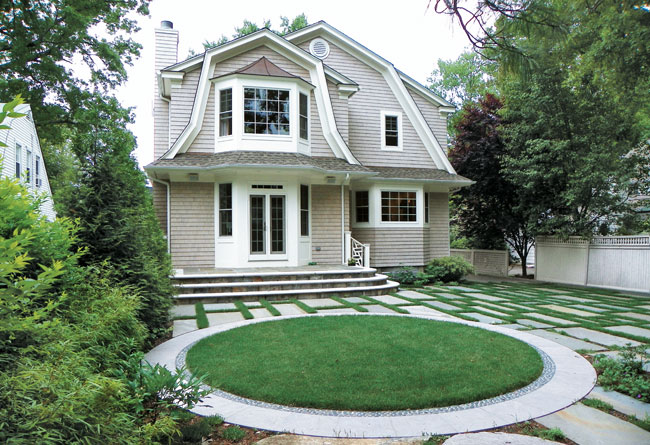 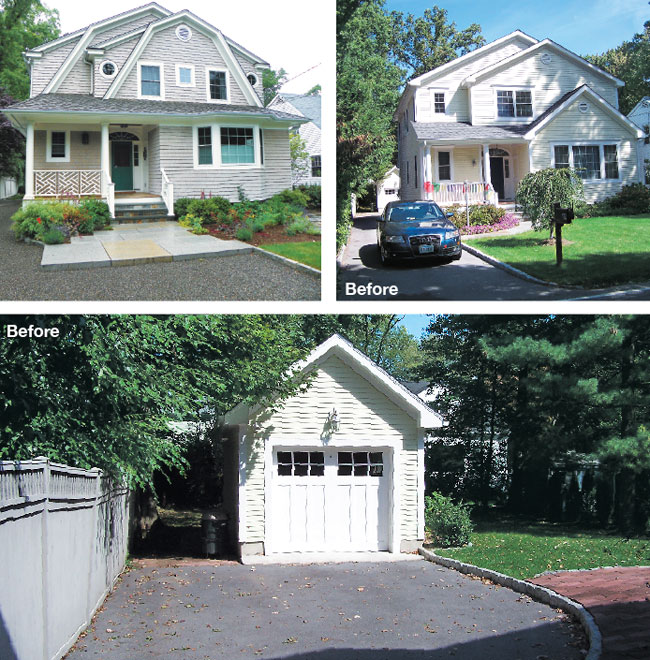 It’s not uncommon in Old Greenwich neighborhoods for houses to have lots measuring a quarter-acre or less. “With a small property,” says landscape architect Brad Spaulding, “everything has to be taken into account.” Brad Spaulding of Spaulding Landscape Architects, LLC analyzed the one-sixth-acre lot. “The driveway is the area that worked least well: There is no on-street parking, so that’s where we started.” But to accommodate the car, half the yard would have to be paved.

The design solution was to not to make a parking lot, but a garden. Over 600 square feet of impervious asphalt and 300 square feet of concrete pavers were removed. Three-by-six-feet, extra-thick rectangles of bluestone were brought in and laid to emphasize the diagonal. “We played with perspective to make the yard look larger,” says Spaulding.

An existing old pine tree became the focus of the garden. Local materials and plants—native ground covers, astilbe, ferns, lily of the valley, iris, thyme, sedums and tree peonies (the client’s favorite)—were used for the plantings. While the client set very few restrictions, her interest in Eastern medicine informed the design. Curves refocus the backyard; no path is in a straight line. “Who would know that good design is also good feng shui!,” says Spaulding.