Malibu is known for its homes owned by some of the biggest celebrities in the world. Stars like Pierce Brosnan, Emma Stone, and J. Lo have all held havens in the beachy area. But, why is it such a popular spot for these A-listers? Besides the ideal locale near Hollywood and ocean views, many Malibu houses are designed by some of the most famous architects in the world.

The last home designed by the renowned midcentury modern architect Pierre Koenig has popped up for sale. This $20 million beachfront retreat dubbed Point Lechuza is a once-in-a-lifetime listing as the architect worked on it up until his passing in 2004, according to the LA Times.

Globally, Pierre Koenig is best known for his Case Study houses, which were commissioned by Arts & Architecture magazine between the 1940s and 1960s. Many great architects contributed, including Richard Neutra. While not a Case Study home, this Malibu residence composed of glass, steel, and concrete shines with Keonig’s modern, minimalist finesse. 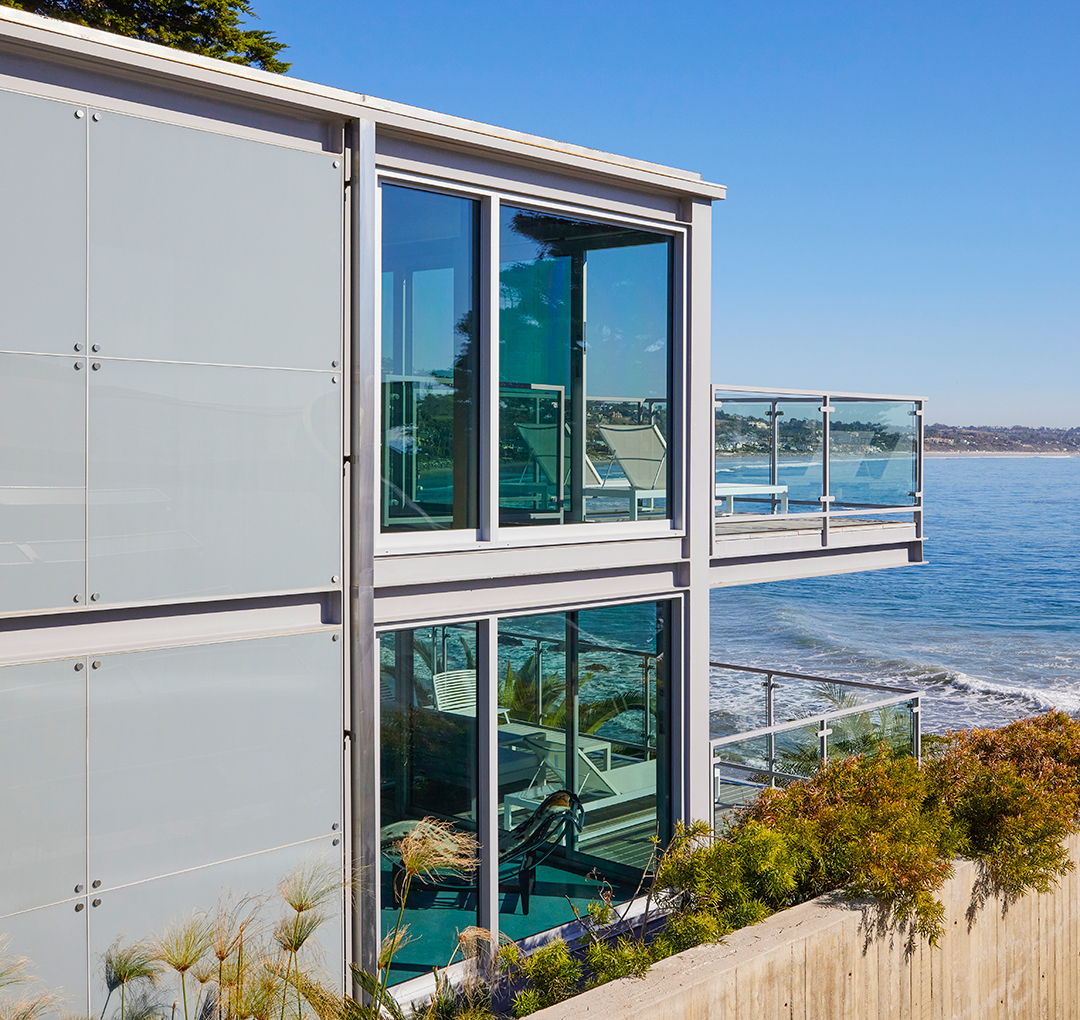 With the floor-to-ceiling windows throughout, one can see beach vistas from each level of the home. Similar to Koenig’s legendary Case Study homes, the master suite features a floating walkway that leads to a private balcony floating over the ocean. And there are three more bedrooms to spread out in, too.

Listed with Tyrone McKillen of Plus Real Estate, a group with Compass, this is a pristine paradise clocking in at 4,000 square feet. As Keonig’s last design, it’s more than just a Malibu home: It is an architectural treasure.