Holmby Hills is full of extravagant homes, but this one has a fashionable edge. Long owned by the late designer Max Azria, it is unsurprisingly called the Azria Estate and just relisted.

According to Mansion Global, the asking price of this estate has soared more than $17 million since it was last seen on the market. Casual, right? Now on the market for $85 million, the extensive history of this circa-1930s home is no doubt part of its allure. Originally created by Paul R. Williams, a notable architect who has designed many famous LA homes, the 60-room mansion has been added to in ways he may never have dreamed. At its start, the home was almost half the size it is now. The Paul Revere Williams Project claims the residence was later bought by famed author Sidney Sheldon who added over 10,000 square feet. The home is Paul Williams’ largest original creation. 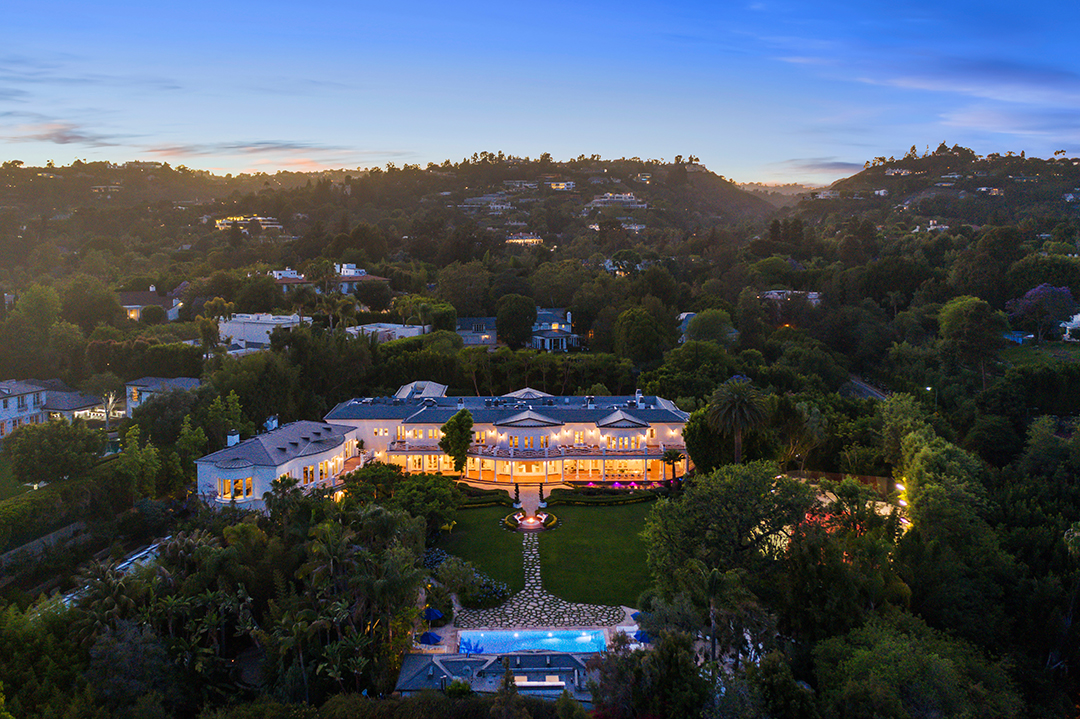 Holding a whopping 17 bedrooms and 25 bathrooms today, the mansion carries jaw-dropping design elements like a floor-to-ceiling Swarovski chandelier in the grand foyer. The opulent interiors were designed by Philippe Starck. Amenities include but are not limited to a home theater, tennis court, Moroccan bathhouse, swimming pool, and gold ceiling dome library overlooking the manicured grounds.

Max Azria passed in 2019, but his legacy lives on. Launching BCBGMAXAZRIA in the late 1980s, Azria had a vision for his designs that did not include the high price point of many of his competitors. He explained in a 2014 LA Times article, “I wanted to give fashion to more people.” His success lead him to make custom designs for celebrities like Kim Kardashian, Beyonce, and Halle Berry.

Tomer Fridman of The Fridman Group and Mick Partridge of The Partridge Estates hold this listing.