Back in the 1940s and 50s, Rhonda Fleming was the poster woman for color film. They even called her the “Queen of Technicolor,” working alongside other stars such as Gregory Peck, Bing Crosby, and Ronald Reagan. After marrying Ted Mann in 1977, her fifth husband, the showbiz couple became known for their philanthropic work. They founded the Rhonda Fleming Mann Clinic for Comprehensive Care at the UCLA Medical Center, the Rhonda Fleming Mann Research Fellowship at the City of Hope Hospital, and much more.

This 9,600+ square foot villa, built in 1980, was custom designed for the famed duo. Even now, it still harkens to the colors and style of the ’80s and offers endless grandeur. Beginning with the entrance, an extravagant glass door opens to a domed, skylit foyer with a showstopping chandelier. This leads to the two-story formal living room, which catches the California sun at every angle. 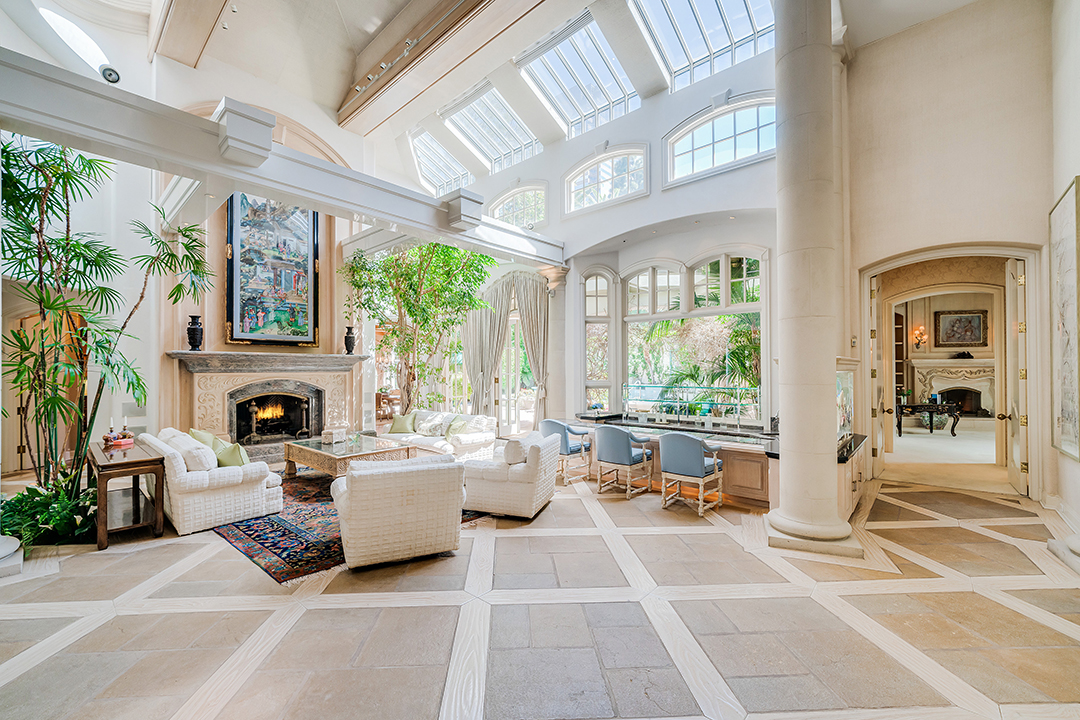 Wandering through the colorful first floor, you’ll also find a library, indoor fountain, sunken bar, a private courtyard with a pool and spa, and a complete chef’s kitchen. With an elevator to the second level, stairs are of no concern. The luxury continues in the home’s massive guest wing with its own interior staircase entrance, kitchenette, balcony, and walk-in closet.

Now that Rhonda Fleming and Ted Mann have both passed away, their home is ready for its next chapter. Fleming died in 2020, leaving the property to a family trust. It has great bones and exuberant style, so the mansion could be ripe for a renovation or perfect for the maximalist buyer.